Log in with Facebook
or
Wrong email address or username
Sign up
Already on BookLikes? Log in!
Incorrect verification code
Please, check your email, the code to access your BookLikes blog was sent to you already.
Enter code:
« Back Send
back to top
Search tags: Dan-Wells 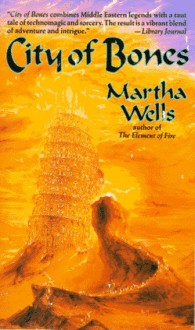 I came to 'City Of Bones' via the 'Murderbot Diaries' I'd read each instalment as came out and enjoyed them all. The next one won't be released for another eight month's so I decided to try out Martha Wells' back catalogue.

I found 'City Of Bones', released in 2007, a decade before Murderbot, and what a find it turned out to be. How did I miss it back in 2007? Well, perhaps I read the publisher's summary which makes it sound like Indiana Jones meets Alladin, and passed. The actual story is much more original.

It tells of powerful people competing to find and control artefacts of an ancient technology that they think will give them powers that are almost magical. The story is set in a world that long ago was turned almost entirely into a deadly desert, leaving the remnants of humanity living in small stone cities built into coastal cliffs. The only people who can move freely through the desert are the Kris, a humanoid race bioengineered by the last of the ancient technologists to survive the worst the desert can do and with whom humanity has an uneasy relationship.

From the start, I found 'City Of Bones' to be breathtakingly good. The world the action took place in was original, credible, richly detailed and very strange. From the outside, these look like people who are struggling to survive, trapped between desert and sea in a city carved into the cliff. A city they'd no longer be able to build and in which society is literally stratified, with the poorest people living at the bottom and the elite having a great view from the top.

From the inside, it doesn't feel like that. This society is hundreds of years old. It has survived the really bad times. It's thriving. The city is expanding. It's elite have ambitions to control neighbouring cities and history is interesting only to academics unless it yields usable technology. I think this inside view is often missing from post-apocalyptic novels. People don't spend generations regretting what was lost. They focus on what they have, what they need and how they can close the gap.

One of the things I liked most about the story was that Martha Wells presents it from the point of view of outsiders. Khat, the main character, is a Krisman, His partner is an immigrant from a neighbouring city who, although he used to be an academic, is not allowed to be a member of the University. Both of them are excluded from official commerce, which is reserved for citizens. This excluded pair make their living on the shady edges of the trade in ancient artefacts and try not to come to the notice of the authorities. Martha Wells understands that the excluded need to see the society they live in very clearly in order to survive.

Khat is charismatic, intelligent, loyal, lethal and a little broken. An early trauma resulted in him exiling himself from his people to live among humans. It also left him with a deep fear of confinement and almost no ability to trust anyone. Khat's emotional detachment seems like a survival trait when we first meet him but, as we get to know him better, it becomes clear that it is a manifestation of a crippling emotional scar.

I liked that Martha Wells didn't trivialise this. She recognises that there are scars that don't heal and experiences that you don't recover from. Khat has built himself a life where he is surrounded by people who accept him for what he's become not out of charity but because they carry scars of their own. Perhaps Khat's biggest achievement is that he has made one friend that he will trust with his life.

All of which will be familiar to those of us who love reading Murderbot.

The plot reads like a thriller wrapped around a treasure hunt, except that Khat isn't thrilled. Hee doesn't want to be there but he can't find a way leave and the treasure being hunted may very well be a curse.

These days, a good Fantasy Thriller needs a heroine to save the day and Martha Wells gives us one. In a normal fantasy novel, our heroine would be presented as bright, brave, more talented than she knows and determined to make things better. Martha Wells gives our heroine all those attributes but also gives us Khat's view of her as naive and unconscious of her privilege.

The relationship between her (the princess-in-waiting / Jedi not yet come into her full powers) and Khat, (the excluded, scarred, survivor) is fascinating. Instead of the normal denied-attraction-blooming-into-romance trope, we have something more complex and truer to the nature of both people.

I had a lot of fun with this book and I'll be dipping into more of Martha Well's back catalogue soon.

The world the action takes place in is original, credible, richly detailed and very strange.

The main character is likeable, intriguing and not human.

The plot feels like a thriller wrapped around a treasure hunt. 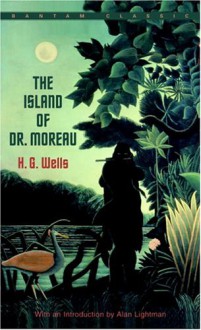 This is one of those classic science fiction stories that makes a great film. However, as with several well known HG Wells stories, the book doesn't hold up quite as well.

The premise of the story is fascinating. A mad doctor has set himself up on an island to conduct experiments in changing DNA in order to transform animals into humans, or proto-humans. Naturally there are problems with reverting to their animal nature.

The best film version I've seen of this story starred Michael York as the shipwrecked man who finds himself caught up in the dynamics of the island's inhabitants.

Although I've only rated this with three stars, I would not dissuade the intelligent reader from reading the original source material. It adds something to the imagery in the films, but be warned that it is considerably more violent than most of the film versions. 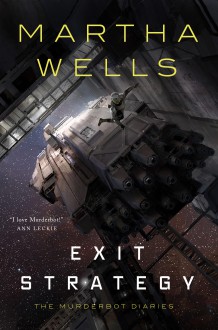