Log in with Facebook
or
Wrong email address or username
Sign up
Already on BookLikes? Log in!
Incorrect verification code
Please, check your email, the code to access your BookLikes blog was sent to you already.
Enter code:
« Back Send
back to top
Search tags: David-McIntee 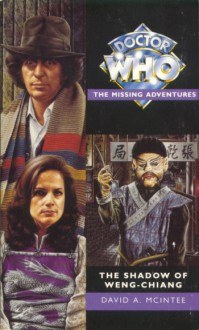 After retrieving the third piece of the Key of Time, the Doctor, Romana and K-9 follow a telltale trace of chronon radiation to 1937 Shanghai. Instead of finding the next segment, however, they stumble into a dangerous conflict involving the Black Scorpion, a ruthless gang the Doctor last faced in Victorian London during their service to the time-traveling war criminal Magnus Greel. Now leading the gang is Hsien-Ko, the daughter of Greel's former lieutenant Li Hsien-Chang, who has been transformed after being irradiated by chronon energy and is embarking on her own dangerous experiments. With Hsien-Ko on the brink of realizing her goal, the three time travelers search for allies in the treacherous world of wartime Shanghai as they work to stop her before she fractures time itself in her quest for revenge.

In writing an adventure involving the most popular Doctor of the classic era that is a sequel to one of the best-received serials of his tenure and is set in one of the most tightly-plotted seasons of the original series David McIntee sets himself a number of challenges. It's a mark of his ability as a writer and his understanding of the Whoniverse that he pulls it off so successfully. His insertion of his story into the Key of Time quest is virtually seamless in its justification, giving both the Doctor and Romana (whose first incarnation is extremely under-utilized because of the nature of the season) a reason to address the problem while in the midst of a much greater mission. The underused setting of China (one to which he would subsequently return in future Doctor Who novels) also allows McIntee to expand the Doctor's scope and introduce story elements new to the long-established franchise. Yet none of this would work without McIntee's success in his characterization of both the well-established TARDIS crew and the people he introduces into the tale. It makes for one of the best of the Virgin Missing Adventures series, one that is well worth the time for fans of the franchise to seek out.

This contained everything that I have come to expect in a David McIntee novel. I also realized as I was reading it that this and two of his contributions to the Past Doctor Adventures series are all set in China, which is rather unusual and makes for a refreshing change of pace from the British-centric nature of most of the Doctor's adventures on Earth. 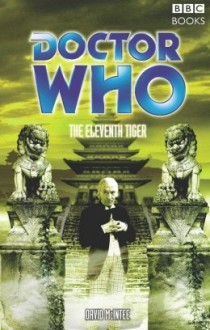 When the TARDIS materializes in China in 1865, the Doctor and his companions arrive in a land plagued by foreign occupation and a shadowy threat. Mistaken for the commander of the local garrison of British troops, Ian is attacked by the patrons of a local restaurant. As he recovers from his injuries, the Doctor, Barbara, and Vicki discover that an unknown group has infiltrated the Black Flag militia and is using the organization to their own mysterious ends. With their forces seizing various locations and their men ordered to kill scholars and teachers, the Doctor begins to suspect that the threat before him may not be of this world — and is one that knows more about him than he does about it.

David McIntee's book is an interesting entry in the Past Doctor Adventures series. Focused on the First Doctor and one of his teams of companions, it evokes nicely the sort of slow-developing (for better and for worse) history-centric adventure that was common to the series at that time. McIntee's characterization of the crew is particularly strong, despite (or perhaps because of) the fact that the locals the encounter are featured more prominently in the narrative. What makes the book stand out, though, is McIntee's subtle employment of an antagonist from later in the televised series, one whom a subsequent regeneration of the Doctor defeated hundreds of years prior to the events in his book. It's a neat twist, and one that manages to avoid any of the logic-twisting issues that so often come up in time travel stories premised on such a scenario. The book cemented for me McIntee's status as my favorite author of Doctor Who novels, and I plan on reading all of his other contributions to the franchise as soon as I can get my hands on them. 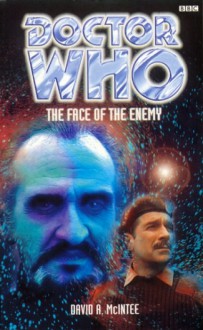 After reading David Mcintee's The Face of the Enemy a couple of weeks ago I decided to go back and watch some of the serials that he references in it. Last night I decided to go and reread it with the show's portrayals in mind, which was unusual for me: while I enjoy rereading books, rarely do I do so so soon after having finished them.

If anything, my appreciation of the novel increased with my second pass through it. Again I'm impressed at how well McIntee captures the portrayal of the characters in the series, as well as his development of a plot that takes them in different directions while fitting it squarely in the Who universe. Finishing it only deepened my resolve to read more of his novels for the various Who lines, though if they don't get here soon I may find myself reading this one a third time.

On the surface David A. McIntee's novel is a curious contribution in a series entitled "Past Doctor Adventures," given that it's a Doctor Who novel without the title character. Yet McIntee pulls it off superbly by drawing upon the rich collection of supporting characters that have been introduced over the years. Setting it during one of the Third Doctor's unwilling excursions on behalf of the Time Lords, it's premised around two seemingly unrelated events: a violent bank robbery and the crash of a jet containing the body of a junior governmental minister — one who is still very much alive in London. Called in to investigate the latter mystery, Brigadier Lethbridge-Stewart finds a substitute for the absent Doctor in the form of a husband-and-wife team who have familiarity with the unusual: Ian and Barbara Chesterton, two of the Doctor's original companions.

Over the course of the book McIntee has to mix both the show's well-defined characters with his own original creations in a context that is unusual for a Doctor Who story. This is a challenge that he pulls off with considerable success, devising a novel that manages the difficult feat of offering an original mix of story elements that still demonstrates considerable fealty to his source material. And as successful as he is in depicting the portrayals of the Brigadier, Ian, Barbara, and the Doctor's other friends in the show, his greatest success is in capturing the Master in all of his Third Doctor glory. Though the character of the Master has been a longtime foe of the Doctor's he was never better than in Roger Delgado's original portrayal of him as the suave sadist. McIntee depicts him with his full arrogance and deviousness, making for a very different sort of dynamic than is possible with any of the Doctor-UNIT combinations. It all makes for an adventure that demonstrates the rich storytelling possibilities that exist in the Doctor Who universe, even with its eponymous character is absent.