Log in with Facebook
or
Wrong email address or username
Sign up
Already on BookLikes? Log in!
Incorrect verification code
Please, check your email, the code to access your BookLikes blog was sent to you already.
Enter code:
« Back Send
back to top
Search tags: End-of-the-Year-Post

Finally! I've had some time and have now caught my breath from my holiday hiatus so I can gaze back on 2014 with regard rather then frantic reaction.

What a year! It was a year of many surprises, fond memories, and new book friends. 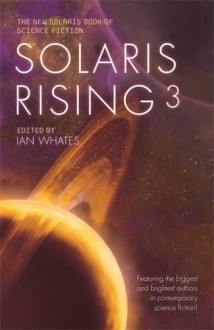 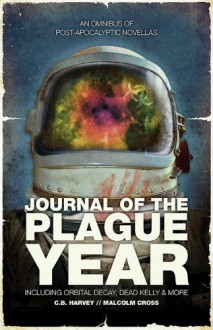 I can vouch for these two as I received ARCs from NetGalley, but this does look like a treasure trove!

This is a book containing three separate stories by three different authors who use the same post-apocalyptic world as their backdrop. I went into this as a stand-alone, because I have not read any of the other books in this series or by these authors, and this book was my first introduction into the post-apocalyptic world of The Cull. Overall, the stories are great post-apocalyptic reads by themselves, but I rated each individually to get an overall four-star rating.

Story 1: Orbital Decay by Malcolm Cross - 4 Stars
This was a strong, well fleshed-out story full of suspense. I loved the unique perspective - a group of astronauts on board the Space Station, watching as the world below slowly falls into chaos because of a spreading pandemic. The characters in this story were interesting and well-written, and the story kept me on edge as things both on Earth and on the space station began to fall apart. There was an issue with over-detailing every little thing and every action of Alvin as he goes through the space station. I found myself skimming technical details and paragraph after paragraph of him just traveling through the corridors. The ending was good, though a bit unbelievable.

Story 2: Dead Kelly by C. B. Harvey - 5 Stars
I loved this story so hard! Kelly was such a dynamic character. You'll hate him, then like him, then hate to love him. He's not a nice guy - but he's real. As Australia falls apart to the plague, Kelly, an ex-gang leader who'd been hiding in the outback, becomes a sort of anti-hero. When the world goes mad, it takes a madman to pull society back together. And the ending... that twist... WOW.

Story 3: The Bloody Deluge by Adrian Tchaikovsky - 3 Stars
Unfortunately, I think Harvey's story raised my expectations as I went into Tchaikovsky's story, which fell flat for me. This story presents a somewhat typical post-apocalyptic theme - Religion vs Science, and the New World Order being built as a New Religion. The story was okay, but it dragged with some back and forth, and the main character felt a bit stiff. There is quite a bit of action which I found hard to follow.

Overall, this is a good collection, and I am now interested in reading anything else within The Cull universe.

*Tracing The Stars received a copy and a request for an honest review.