Log in with Facebook
or
Wrong email address or username
Sign up
Already on BookLikes? Log in!
Incorrect verification code
Please, check your email, the code to access your BookLikes blog was sent to you already.
Enter code:
« Back Send
back to top
Search tags: Margaret-Cavendish-rocked 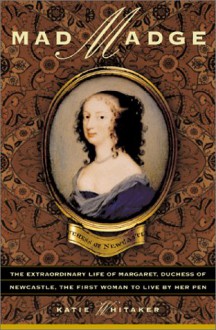 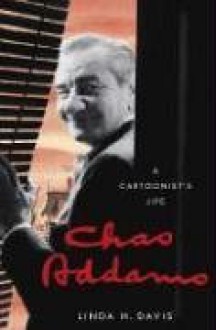 On a happier note I'm going to quote a lot about Margaret and her husband when I get to the review, because they're an extremely loving couple. That we still have some of the love poems her husband wrote to her is kind of amazing, considering that they're over 360 years old.

Every now and then I'll read someone gushing over life in another century and how romantic it was - and I am never this person. Because there is always such a long list of things that Were Not Allowed that I am wildly happy to be living now. For instance, once upon a time I'd not have been able to share my thoughts in writing, unless it was in a private letter. Once it was thought that only crazy women published books (I imagine women blogging would horrify them). Or such was the idea in the 1600s.

Yes, it's quoting time! Links within are all to wikipedia, in case you want more background on the people involved. Though on the page for Margaret Cavendish the current painting at the top is misidentified as Margaret - it's actually her sister Mary. (As reproduced in this book's section of illustrations and paintings.)

"Printing her work was doubly taboo for Margaret, forbidden her by the values of both class and gender. The gentlemen-poets of court culture rarely printed their verses: such publication would profane their work, exposing it to the vulgar eyes of all. Instead they made handwritten copies for circulation within the elite circles  to which they belonged, thus retaining some kind of control over their readership and keeping up a literary exclusivity that added kudos to their work. On the rare occasions when their poems were printed, they appeared anonymously, billed simply as "written by a person of quality"...
...For women of this class the dishonor of publishing was further multiplied by moral considerations. Modesty, silence, obedience, self-effacement - the central concepts of female virtue - would all be violated by publication, and women who printed their works risked shame and denunciation. "Your printing of a book, beyond the custom of your sex, doth rankly smell," one man wrote to his sister: "what will you make yourself to be?"

...Of literary works by upper-class women, only nine had appeared in print in the last fifty years, all of them published without their authors' permission, and the one exception had ended in disaster. Lady Mary Wroth, publishing her romance, Urania, in 1621, had met such virulent opposition for her story's perceived similarities to real people and events that she had been forced to discontinue publication and destroy the copies: the work would not be printed again until 1991 - and even then only in part. A complete edition appeared in 1995.

Margaret knew well of Mary Wroth's fate and she viewed her own plans for publication with great trepidation.

she expected her readers to say, as Lord Denny had written to Lady Wroth."

"Margaret's knowledge of this attack of Wroth probably derived from oral tradition, since Denny's verse was not printed. The two versions that now survive in manuscript are both different from the one that Margaret here quotes, perhaps just from memory."

Anyway, from those quotes I think you'll understand why I made a note reminding myself to find biographies on Lady Wroth. There's a long list of references on her wikipedia page, so I'm sure I'll be able to find one. I'll also note here that in college I was all over Shakespearean studies and poets of roughly that time period - and Margaret Cavendish and Mary Wroth weren't mentioned. I should add that this was also at a women's college, and that taking a women's studies course was one of the requirements. It was however in the 80s, and research into the women writers was happening - but access to that information wasn't easy, so I don't doubt there weren't nearly as many resources on hand. There certainly wasn't any internet to pull up bios instantly or find publicly available (and free) samples of their poetry. So again - I love being alive in this time period. No matter where I'd fall on the class or economic scale, as long as I can afford the internet I have a ridiculously vast access to knowledge.

[Insert happy sigh of contentment here. Then insert immediate discontented sigh for lack of hours in a day to read everything that's out there.]

It's somewhat odd trying to figure out what makes an "academic" biography from a more popular one, especially if both are researched thoroughly (footnotes, endnotes, bibliography of primary and secondary sources, etc.). A lot seems to depend on how the author adapts the writing style to be both academic yet readable, because the two don't always go together. So far I think this book has a good mix of both - interesting personalities and anecdotes, but meticulously cited.

And frankly a chunk of the poetry of this era can make for dull reading - some of which is due to everyone and their cousin taking a stab at writing it, and much of it was written specifically to impress (that kind of thing always gets old, like the folk who go on and on about themselves and their own greatness). But! Not in this book! In another post I'll be sure to quote some of Margaret's poetry on love, which would have shocked (and delighted) the Victorians right out of their corsets. 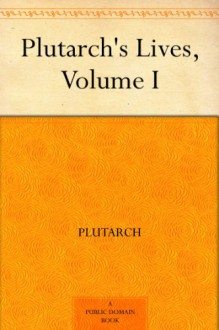 Somehow the books I enjoy the most are usually the ones that make me inspire me to immediately google other books, and then - if I'm being good - make a list of those titles to read later. If I'm not being good - which is most of the time - I'll pick up that book immediately and read a bit of the contents. Whether I keep reading or put the book down and go back to what I was trying to finish totally depends on how interested I get in the second book. If it's an ebook that's available for free (I so dearly love Project Gutenberg) the odds are pretty high that I'm going to have to read a bit immediately. I think that's probably due to me being of the generation that once I had to trudge to the library (through the howling wind and snow! etc!) to hunt down a book or article (or order it on interlibrary loan, or hunt for info on microfiche, etc., etc.) - and the fact that I can start reading a book the instant I find it continues to make me giddy. Seriously. I feel like I should have one shoulder lower than the other from the books I toted to and from the library in college and then grad school.

Er, anyway, so I have this habit of starting one book, then that leading to a second book, and then another - and suddenly I'll have multiple books that I'm trying to read all at once. Sometimes this goes very, very badly. Sometimes I manage to work it out - trying to tell each book diplomatically that while I can't focus my attention on it constantly, I will definitely have some quality time with it - eventually.

If you've not heard of Margaret Cavendish here's her wikipedia page - spoiler, she was amazing. Here's a quote from the wiki:

"Her writing addressed a number of topics, including gender, power, manners, scientific method, and philosophy. Her utopian romance, The Blazing World, is one of the earliest examples of science fiction. She is singular in having published extensively in natural philosophy and early modern science."

There's more at the link, and the page is long because she is indeed that interesting. Also it has a nice healthy list of sources, which is (I think) where I found this particular book.

I've wanted this biography for years now, and only just gave up on it ever appearing in ebook form thanks to a friend's giftcard - so now I have it in hardback. And I can tell I'm going to enjoy it because I hadn't made it through 20 pages before I already had another book to look up. And yes, I'm about to quote a large chunk, but I feel I have to because there's the story of a teen who adores books - or at least people she's only met in them - in it.