Log in with Facebook
or
Wrong email address or username
Sign up
Already on BookLikes? Log in!
Incorrect verification code
Please, check your email, the code to access your BookLikes blog was sent to you already.
Enter code:
« Back Send
back to top
Search tags: Mary-Russell 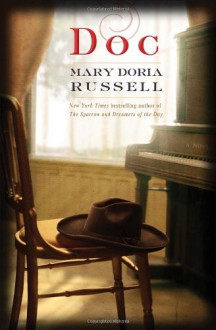 I'm about half way through this one.  It was my pick for the June read in my local book club.  We haven't read a western in quite a while, and this is a GOOD one, if I do say so myself!  Really enjoying it. 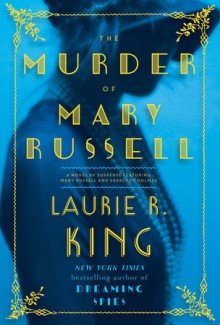 It's remarkable to come to the end of a series of 14 volumes (...at least, so far...) and feel wistful that there is not another on the shelf. I'll miss spending time in Mary Russell and Sherlock's world. Fingers crossed the story goes on!
Like Reblog Comment 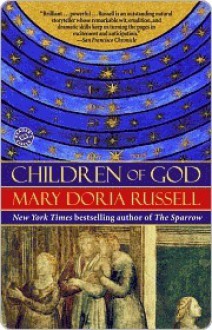 Children of God is the sequel to The Sparrow which I loved.  I liked this one a lot, but not quite on the same level.  In the first book, I was addicted to both the characters and the story.  With this book I was still addicted to the characters, and I did enjoy the story, but I wasn’t as thoroughly caught up in it.

The format is similar to the first one.  We have two main time periods set several years apart, each of which continue from where the two main time periods in the first book left off.  There’s also a third time period that we see only occasionally, taking place further in the future.  In the first book, the mystery of how we got from point A (the earlier time period) to point B (the later time period) was a large part of what held my interest.  In this book, the story was more straight-forward despite the different timelines.  They were more like separate stories that converged, rather than two ends of the same story as in the first book.  There were some surprises, and it held my interest well, but I wasn’t reading it with that same desperate desire to fill in the missing pieces.

I guess this review is more a comparison of the two books than a review of this book on its individual merits, but it’s hard not to compare them and it probably wouldn’t be a good idea to read this book without having read the first one.  The author does provide the necessary back story, but I think the emotional buildup from the first book goes a long way toward creating the investment and interest necessary for this book.  I probably would have rated this lower if I hadn’t read it straight after the first.  I’m giving it 4.5 stars on the sites where I can give half stars, but I had a very hard time deciding whether to round up or down on Goodreads.  I decided to round up, based on my enjoyment level as I read it.

The Library at Mount Char by Scott Hawkins. 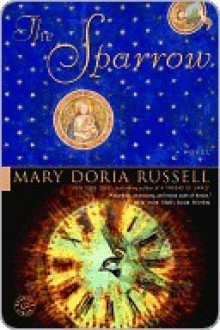 I loved this book.  The two page prologue sets the stage very well.  It tells us that Earth learned of an alien planet and, for reasons only hinted at in the prologue, a Jesuit delegation is the first to travel to that planet.  The end of the prologue says, “They meant no harm.”  Which of course tells the reader that things don’t go well!  And at that point I was hooked.

In the first chapter, our main character Emilio Sandoz has returned from the mission to the alien planet alone.  He’s broken physically, emotionally, and spiritually.  We alternate between that time period and the past, beginning just before the characters learned about the alien world.  We know from the beginning that awful things have happened, and we slowly zero in on those events from both ends of the timeline until finally, by the end, we have all the answers.  Non-linear story formats often work well for me, and this one particularly kept me hanging on every word.  I enjoyed both timelines equally.

It’s good that I didn’t know anything at all about this before I started reading it, or I might have been more reluctant to try it and I might have missed out.  Our main character is a Jesuit priest, so religion is a big part of this book.  Religion evokes strong opinions, whether in favor of it or against it, and authors often can’t resist trying to sway people to their own views.  When that happens, the book feels preachy and trite and is often full of tiresome “debates” between characters.  Even books that align with my own views are annoying to me if the author is too repetitive or obvious about it.

This book wasn’t like that, though; it was done really well.  The characters are who they are, and they believe what they believe.  I never felt like the author was trying to convince me of any particular viewpoint.  I didn’t have to agree with the characters’ interpretation of events in order for the story to feel meaningful and believable.  I could be an outside observer, invested in and sympathetic with the characters, but considering things from many perspectives without feeling like the author wanted me to settle on one particular perspective.  I was very invested in both the characters and the story.

There is quite a bit of humor in this book, particularly in the “past” portions.  I don’t know if I’d call this a dark or depressing book exactly, but it does go to some dark places, and you know from the very beginning that things aren’t going to end well.  I knew the best I could hope for was a bittersweet and hopeful ending.  I think if I hadn’t been prepared, if I’d been blindsided by how everything turned out with the mission, I would have rated this book lower.  Instead, the book became more about figuring out how things went wrong, and what exactly happened, and learning how this vibrant character we saw in the chapters from the past came to be in the wrecked state we saw in the chapters from the future.

I wasn’t completely without complaint.  There were some things that seemed a bit logically flawed to me, and one character (Anne) who occasionally rang false for me, but I enjoyed the general story so much that I was able to overlook any niggling annoyances.  There’s no question that I’ll be jumping straight into the sequel, although not without some fear. 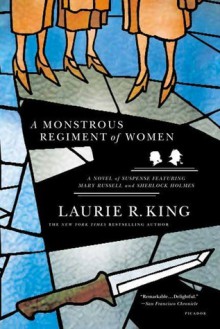 So, this one is a bit of a stretch, I admit. I landed on Electric Company, which meant that I needed to read a book with a character in STEM - science, technology, engineering and medicine. I restarted the Mary Russell series after finishing The Murder of Mary Russell, and decided that I could reasonably shoehorn this one into that category. Mary Russell is a student at Oxford University in the disciplines of theology and chemistry, Sherlock Holmes himself is constantly conducting scientific experiments, and Dr. Watson is a doctor. There you have it - 3 characters in STEM.

This one is a favorite in the series. I really like Veronica Beaconsfield, and enjoyed going on a shopping spree with Mary now that she has reached her majority and gotten her inheritance.