Log in with Facebook
or
Wrong email address or username
Sign up
Already on BookLikes? Log in!
Incorrect verification code
Please, check your email, the code to access your BookLikes blog was sent to you already.
Enter code:
« Back Send
back to top
Search tags: Nick-Earls 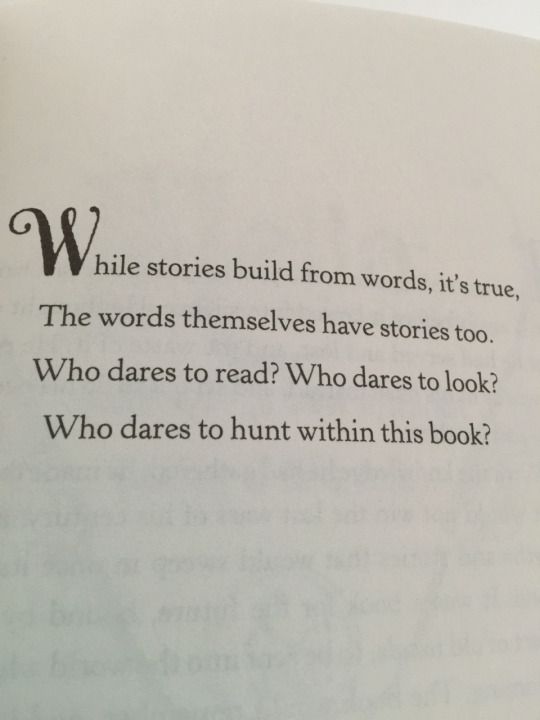 About to get stuck into The Word Hunters by Nick Earls and Terry Whidborne. This is only the second Nick Earls novel that I have read and although the storyline is a relatively simple one - boy meets girl during summer holiday – it is well told and draws you in. You want to know how it is going to end. The characters, especially Alex the lead boy character, are well drawn and there is a nice supporting cast of parents and neighbours. A nice easy summer read.
Like Reblog Comment 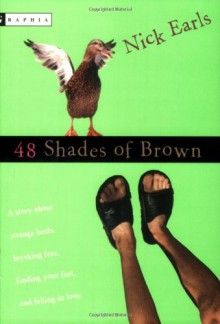 Not as good as some of his other work, but still worth a read and it'll get a few laughs :)
Like Reblog Comment 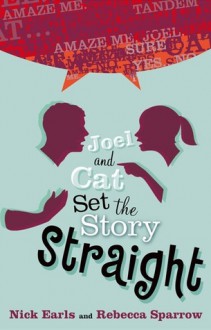 Remember the Britney and Justin Dance Off of 2002? (And Matt Damon's reenactment on SNL?) This book is the literary equivalent of that. Yes, it's as awesome as it sounds.Joel and Cat, classmates and enemies, are paired together for a tandem writing project. They have to write a story one alternating paragraph at a time. But the first rule of tandem story writing is that you do not talk about tandem story writing. They can't discuss the plot or characters. Any problems? Take it to the page! (Sidenote: No wonder Australian YA is awesome -- their English teachers kick ass. Mr. Ashton reminded me a bit of Mr. Botherit and his Joy of the Envelope.)The 'enemies who are forced to work together' is one of my favorite tropes. Done well, it leads to great chemistry and banter, and the reader falls in love along with the characters. You already know how I feel about Rebecca Sparrow. (In case you don't, I ADORE her.) There's just something about her writing that I connected to immediately and I loved Nick McGowan from the first page. Imagine my surprise when I didn't connect to Joel and Cat right away. I don't get it. Did I stumble into bad lighting? I put the book down after about 40 pages. A few days later, I decided to pick it up again, and this time, I couldn't put it down until I was done. I didn't stop laughing until a good 30 minutes after I had finished the book. I think the beginning felt a bit disjointed as the characters, the authors, and I got used to the tandem style. Once we were all on the same page (hardy har har), it was so much fun. It's obvious that Rebecca Sparrow and Nick Earls had fun writing this. I can't even mention a scene without cackling like Julia Roberts and wanting to spoiler the hell out of it for you so we can laugh about it together, but I won't!There's a distinctly Australian feel to the book. I had to google references to Megan Gale, Andrew G, and Mary Kostakidis. I cracked up after looking up 'Ken Done scarf', which is how Cat describes Joel's hippy dippy mother's appearance, because that's exactly how I pictured her. I was surprised that Australia has Sizzlers. Of all the restaurants America could export! There are still a few around LA -- to keep people like my grandma happy. I loved that Sizzler was also a turning point in the book. Seriously, so much fun!If Sizzler doesn't tempt you to read this book, maybe Cat's dad will. Remember that episode of Friends where Ross goes tanning? "I'm an 8!" Cat's dad takes that as a personal challenge.When Joel and Cat are first paired up, Joel throws down the gauntlet and challenges Cat with two words: Amaze me. Nick Earls and Rebecca Sparrow did. They each bring such a charming, unique voice to the story. I'm no Nate Silver, but I predict you will laugh your ass off while reading this book.This review appears on Young Adult Anonymous.
Like Reblog Comment

And frankly, they are quite happy with things being that way. That is, until Cat's surprise hayfever attack and Joel's pen-ink disaster end up paving the way for a paired Extension English Assignment. Together. And to make it that much worse, the task is a tandem story, which means each one of them must submit a paragraph of the story at a time. No discussions. Just working with what the other's imagination has conceived.

Yet, in two weeks alot can happen. Cat - on top of the hayfever - must deal with a younger brother with a sweet tooth, her father's fake tan, her mother's emotional rollercoaster, her friend Emma's Barbie IQ and the injustice of being paired with Joel. Joel - on top of his obvious dislike of Cat - must put a stop to the weirdo dating his mother (who insists he is of Mexican/Spanish heritage but cannot even make decent tacos), fight off the rumours from his friend Luke the pool boy and try to make sure Cat stops killing off his main characters.

And yet, the lingering question surfaces - is normal all it's cracked up to be? And could the comradeship between these two rivals become something neither had expected? Joel and Cat set the story straight in this heart-warming novel about not judging the book by its cover.
More posts
Your Dashboard view:
All Reviews Text Photo Quote Video URL Activities
Liked posts Top Tags
Press About Terms of Services Privacy Policy Contact Us Blog FAQ Patronaty medialne BookLikes for Authors Partners panel more...
Team Themes Docs API Blogs
Copyright © 2022 BookLikes