Log in with Facebook
or
Wrong email address or username
Sign up
Already on BookLikes? Log in!
Incorrect verification code
Please, check your email, the code to access your BookLikes blog was sent to you already.
Enter code:
« Back Send
back to top
Search tags: Non-fiction-History 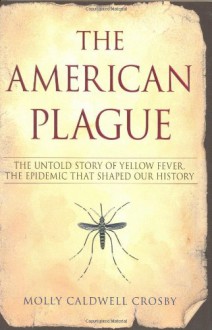 Title: The American Plague: The Untold Story of Yellow Fever, the Epidemic that Shaped Our History

This story is a detailed look at yellow fever in the United States and a few colonial places that fell under the US. While not as exhaustive as Pox, it does go into the social, medical, economical, military, and political underpinnings of these epidemics and the search for a cause and a cure. The narrative mostly takes place in Memphis (the author's hometown) and Cuba (where the research was conducted). The writing could be overdone and a little lurid; it is the author's debut book and is about a little known (now) but still going on disease, so I gave her a break on that. 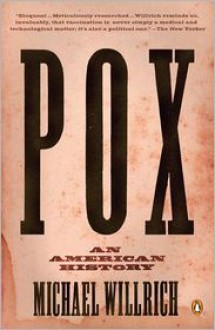 This is a meticulously and exhaustingly researched book that was very readable. I'm just a slow reader to begin with and reading this while in the very early stages of the pandemic gave me a very small attention span.

This book takes the smallpox scourge and investigates it from eight angles, broken into eight chapters: the Beginnings - takes a look at how smallpox developed and moved around the globe; the Mild Type -  how smallpox evolved into two distinct viruses, causing confusion and complancency; the work of CP Wertenbaker in Appliachia and the Deep South to help end the cycle of epidemics; War is Health - basically the US Army goes to war against the Spanish and smallpox; Stable and Laboratory - how vaccine purity needed an overhaul and how to produced enough pure vaccine for a growing empire; Politics - immigrants, working class workers, African American migration to the North and West and the politics surrounding the vaccination compulsion; the Activaccinationists - just like now, full of grifters!; and Speaking Law to Power - a bunch of lawsuits and legalese surrounding smallpox. Add in a prologue and epilogue, and it is a hefty book for only 345 reading pages (the rest is notes and index). The chapters are lonnnnnnggggggggg - 30-40 pages on average, so taking one chapter a weekend still required time to devote to this book.

I thought the last chapter could have used some content editing, especially as the author gets into the weeds about the legal definitions of words and how those definitions can change a question before the courts. It was bit of a slog. I also think he coddles and enables today's anti-vaxxer in the epilogue -

"In a broader sense, the history of America's turn-of-the century fight against smallpox cautions us against making reflexive judgments about the innumerable people, the world over, who greet scientific innovation and expert authority with skepticism, resentment, or steadfast resistance...It tells us little about the root causes of ambivalence toward medical science or how to bridge the gap between popular beliefs and the imperatives of preventive medicine."

Yeah, he went and both sides the whole fucking point of the book with the last two paragraphs of his epilogue. I had to take at a star off for that and the too-long legalese chapter. But I would still recommend this book because Willrich does a commendable job covering smallpox from every corner. 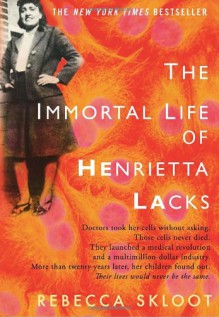 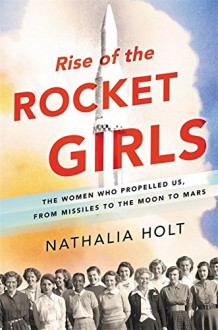 The riveting true story of the women who launched America into space.

In the 1940s and 50s, when the newly minted Jet Propulsion Laboratory needed quick-thinking mathematicians to calculate velocities and plot trajectories, they didn't turn to male graduates. Rather, they recruited an elite group of young women who, with only pencil, paper, and mathematical prowess, transformed rocket design, helped bring about the first American satellites, and made the exploration of the solar system possible.

For the first time, Rise of the Rocket Girls tells the stories of these women--known as "human computers"--who broke the boundaries of both gender and science. Based on extensive research and interviews with all the living members of the team, Rise of the Rocket Girls offers a unique perspective on the role of women in science: both where we've been, and the far reaches of space to which we're heading.

This book can be seen as West Coast version of Hidden Figures - women who had exceptional abilities in math and science going to work (starting in the 1930s) at the Jet Propulsion Lab (which was mentioned in Hidden Figures). During the 1940s, a lot of their funding came from the military, a fact not lost on the women nor made it easy to work on projects that may end up being used for war. In the 1950s and 1960s, the shift went from military to the newly created NASA and their own company's space exploration - which made the woman much happier and excited for their company's future projects. There was the first African-American woman along with the first Chinese-American profiled in the book, although Jim Crow was not a factor in the workplace and both women worked their way up the ladder to be supervisors and then heads of the department. The work-life balance (or like thereof) was more of a tie that bound the women together, who became a sisterhood of sorts, even the "new girls". Births, deaths, marriages, divorces ran alongside the missions to Venus, Mercury, and Earth's moon. Some of the women went into engineering, some took sabbitcals from the work but usually returned a few years later. All the while, their stories were integrated into post-WWII American history through Holt's writing, showing how the second wave feminism and technological advancement met the workplace (pantsuits! panty hose! computers) while also dealing with age-old problems like division of work on the home front.

A great companion book to Hidden Figures and great reading for the upcoming 50th anniversary of the moon landing coming up this month. Check out the pictures that come with the book, as Holt began writing the book after meeting the women at a company reunion. The women were by then in their late 80s and early 90s, so having their stories (and others who have already passed away) written down is a gift. Highly recommend.