Log in with Facebook
or
Wrong email address or username
Sign up
Already on BookLikes? Log in!
Incorrect verification code
Please, check your email, the code to access your BookLikes blog was sent to you already.
Enter code:
« Back Send
back to top
Search tags: Nora-Roberts-JD-Robb 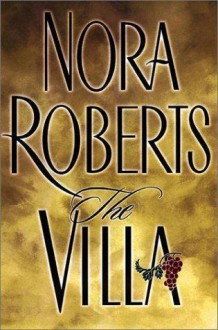 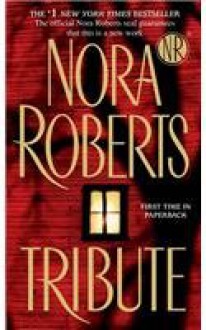 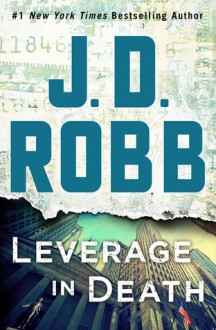 A man walks into a merger meeting and blows himself up, killing twelve people in the process. Lieutenant Eve Dallas soon moves the supposed murderer onto her victims list, since it looks like the man was threatened and coerced in executing the attack to protect his wife and daughter.
The attack doesn't smell of terrorism, but Eve's husband, Roarke, might have found the real motive. Money and stock trading.

Eve's gut tells her the perpetrators wouldn't stop at just one job. Not when the first one worked so nicely...Then a man walks into his own gallery and blows himself up, killing a rising artist in the process. The MO and the motive are the same—the man's family was threatened and the artist's work's value will increase.

The police is now running against the clock to find the real killers and prevent more leverage and more death.


Another compelling, gripping installment in this series. It started deceptively slow, but for the big bang, yet the peril and urgency were there, just out of reach in the sidelines, slowly increasing the tempo as the story moved forward, until that last sprint for the finish line.

I liked the detective work in this one. The plot itself truly had me guessing, floundering as much as the characters as they tried to uncover the motive and the perpetrators. The baddies were hard to spot, which I liked very much.

The cast of characters really feels like old friends by now and it's always a pleasure having these two visits per year. 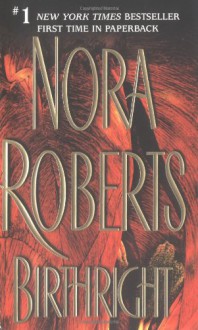 When 5,000-year-old bones are discovered in a field in Maryland, archaeologist Dr. Callie Dunbrook is called to head the excavation project. Unfortunately, her ex-husband, and love of her life, decides to join as lead anthropologist.

Soon, though, the pain of the implosion of their marriage is forgotten, as a stranger starts claiming Callie is her long-lost, kidnapped daughter, and death starts plaguing their archaeology project.

I loved the two protagonists, and I absolutely loved their second-chance romance. It was obvious they cared deeply about one another, but never bothered to actually get to know each other while they were married, never bothered to talk things through, hence the implosion. This second time around, thanks to Jake's stubborn refusal to let Callie go a second time, their relationship finally got a chance to grow beyond the stage of sexual attraction and frenzy, and they finally managed to communicate.
I found the initial conflict (and what led to their separation in the first place) a little out of sync with everything I got to know about both characters, especially Callie. I didn't understand her inability to trust him, her inability to realize his feelings, even though he failed to verbalize them. It didn't really gel with her past, since there were no real issues connected to "the conflict" in said past. And since the reader never really gets a chance to see the two before the start of the story, this "mystery" was never resolved.
But their romance worked, because it evolved, it grew in front of the reader's eyes, as the two got to know each other better and maybe for the first time.
And as all NR romances, it had its sweet moments, its dramatic and angsty moments, it had its fights, and it had sizzling chemistry and passion.

The rest of the cast could've easily paled in comparison to the two protagonists, but that's not how Nora Roberts rolls. Each had their own personality, their own issues, their own demons, and their own things in common with the rest, making their relationships and interactions shine no matter what.
The secondary romance was cute and sweet, especially compared to the main one, and the intricacies of the connections between the cast a real pleasure to read.

And then we come to the suspense. It could've easily worked without it, but the suspense added that extra layer of intrigue, mystery, and yes, danger. At first, it looked like two random sub-plots thrown into the story together, until, in the end, it turned out it was all connected.
The subject matter was chilling (and once again easily translated into out every day "normal" lives), and the lengths, the culprits went to to keep the truth buried, even more so.
The suspense elements kept us guessing, kept the characters on their toes, and kept the two protagonists occupied with more pressing matters than fighting. ;) 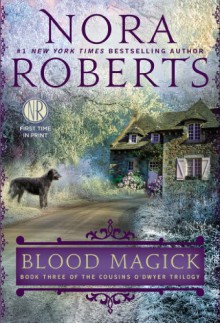 They were never meant to be together, she one of the three, he the spawn of evil, carrying his mark, yet Branna and Fin still fell in love. Oath, blood and the curse of a dying witch might've kept them apart for more than ten years, but now, as the final battle approaches and the future is uncertain, they must take what moment they can to experience what has been denied them.

This is this third book in a nutshell. Boring.

Where was the drama? Where was the angst of this star-crossed, doomed, cursed love? I have no idea. This book sure didn't deliver.
Even the characters and their interactions were boring. There was no sign of friends and family from the previous two books. They were just there for form's sake, to warrant another book, if you will.
There sure wasn't enough material for an entire book in this story, so it had to be filled with ballast and redundant scenes (cooking, cleaning, making of soaps, taking strolls in the woods...)

Even the final confrontation with the big bad wasn't that satisfying. It read like overkill, too large-scale, too much everything; it actually turned into almost a parody (and it would've, if this series had any more books to come).

Come to think of it, the entire arc of the trilogy didn't have enough story meat to fill three books. It could've easily been condensed into a single one (like Three Fates for example). It would've packed more of a punch, instead of spreading itself thin.