Log in with Facebook
or
Wrong email address or username
Sign up
Already on BookLikes? Log in!
Incorrect verification code
Please, check your email, the code to access your BookLikes blog was sent to you already.
Enter code:
« Back Send
back to top
Search tags: Odyssey 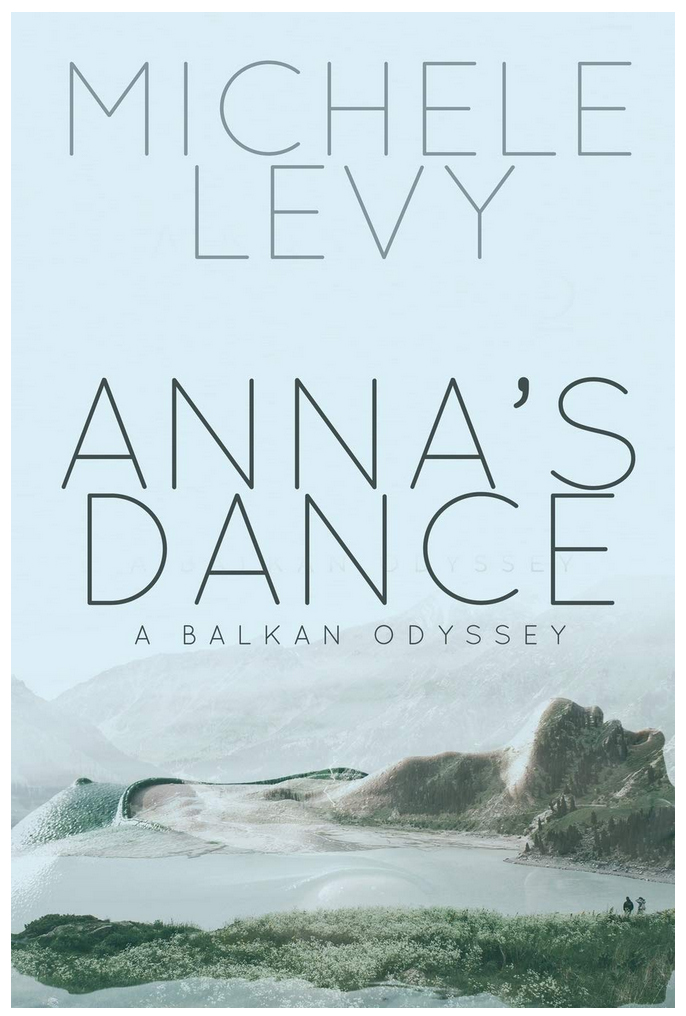 It’s 1968, the year following the Summer of Love. “There’s a whole generation with a new explanation.” Anna Rossi is one of them, a twenty-three-year-old woman from a middle-class family who describes her life as “a set of random chromosomes adrift in a meaningless life. Useless, weak, a creature of clashing impulses.”

Anna is also conflicted. She’s Jewish, though loath to reveal or accept it, the anti-Semitic incidences in her life leaving her feeling “isolated, insecure, and vulnerable.”

After college, her parents pay for a summer in Europe. She heads for the continent with a friend, but when her friend bails on her in Greece, Anna has a decision to make: head home or continue on by herself.

A young man suggests they hitchhike together and her decision is made. A few days later, when they’re offered a ride by Max, a charming, attractive German with obviously more means than her backpacking partner, she decides he would make a more suitable traveling companion. Besides, Max is heading to Yugoslavia, and the Balkans have always intrigued Anna.

Though affable and unthreatening, Max has an agenda other than playing guide to an American tourist. He reveals he’s a smuggler and that his contraband is the Mercedes he’s driving. Anna will make a good foil when dealing with suspicious border officials if she’s willing. Without hesitation, or consideration of the consequences, Anna agrees. Traveling with Max through Yugoslavia, she’s introduced to Spiro and a cabal of associates and soon finds herself seduced by the rich culture and passionate people of this chaotic region of Europe.

As she tries to reconcile her own identity and understand that of Spiro's, her lover, she becomes embroiled in the intrigue and violence spawned by ethnicity, politics, personal jealousy, and centuries of tortured history.

Despite the author Michele Levy, digging deep into the dark machinations of the land and its people, I was not able to understand why Anna was so interested, especially considering the anti-Semitic undertones and her anxiety about being Jewish. Characters in the novel are well-drawn through dialogue and action. In the case of the protagonist, it isn’t flattering. The reader comes to know a young woman who lacks initiative and is passive, impressionable, irresponsible, and incredibly naïve for her age. Living in the countryside with Spiro, Anna readily takes on the subservient role of his peasant wife doing domestic chores and gardening, but I got the impression once she tired of it, which she no doubt would, she’d simply buy a ticket and fly back to her privileged life in America. Unfortunately, events overtake her before boredom does.

Anna’s Dance: A Balkan Odyssey is an ambitious undertaking. It’s part tragic love story, part history lesson, and part travelogue with well-written descriptive passages evoking a simple people living in rustic villages amidst brooding mountains. Rich with drama and passion, it’s a poignant story of love and misadventure, the clash of culture and attitudes, and how, as much as we’d like to think otherwise, we’re all captives of our personal and collective history. 'Scarlet Odyssey', a debut novel by C. T. Rwizi, scheduled for publication on 1st July, is an epic fantasy that twists the classic quest trope into something new and exciting. C. T Rwizi, who comes from Zimbabwe originally is another exciting writer adding to the growing body of African Science Fiction (think 'Rosewater' and 'Binti').

'Scarlet Odyssey' is an epic fantasy with world-building on a huge scale, spectacular new magic systems, warlords who use black magic that feeds off human sacrifice and complex political and tribal systems that are under covert attack from external forces who are fomenting division and violence.

C. T. Rwizi manages to keep all this spinning and still have a story that is mostly character-driven and which is fast-paced enough that the 559 pages flew by and left me wanting more.

The plot folds five main storylines together, each focused on a character who have in common only that they face challenges that require them to reshape themselves, often in painful ways. The paths of these fives stories spiral in towards one another as the plot unfolds.

The dominant story is about Salo who comes from a tribe where men are fierce warriors and women become magic-wielding mystics. As a chief's son, he should be a warrior but he has failed to pass the necessary tests of courage. He is also secretly practising magic and, when the tribe is in danger, risks becoming an outcast by going through a ritual to become a mystic. Salo is then immediately sent on a quest to the Kingdom of the Yontai, the political centre of their region, that provides the frame for the rest of the novel.

Then we get the story of Ilapara, a young woman from Salo's tribe who has left their land to pursue a career as a mercenary in the neighbouring, warlord-ridden Umadiland. Being a mercenary is not what she hoped it might be and she sometimes finds herself doing things she does not think are right so when she meets Salo in Umadiland she accepts a post as his 'muscle' for the rest of his journey.

The third story tells of The Maidservant a powerful mystic who is a lieutenant (known as Disciples) to the most powerful Warlord in Umadiland and who pursues and attacks Silo on his quest. The Maidservant's story is told in the current timeline, intercut with scenes that show why and how she came into her power and the heavy price she paid for it.

In the Kingdom of the Yontai, we follow the story of Isa Andaiye Saire, a young princess in the ruling clan who is about to have her life torn apart and find herself with responsibilities that she has not been trained for.

The external attempt to destabilise the tribes is being driven by the fifth character, a mysterious woman known as The Enchantress. We only get parts of her backstory but her view on the world is very different from any of the other characters.

Although 'Scarlet Odyssey' takes place on an alien world with two suns and seems to be in the far future, it has a distinctly African feel to it that distinguishes it from all those kinda-sorta Medieval Europe only with magic fantasy books that I've seen so many of. It's not just that all the clothes and names and some of the tribal systems and symbols are African, it's in the mindset that accepts that pain is inevitable, that we all fail, and the world is often cruel and or indifferent. All of the characters in the five main storylines carry scars and all are trying to force transformations that are likely to require sacrifice.

At one point Salo and The Maidservant clash and in the process learn a great deal about one another. In a more Anglo book, one of them would be good and the other would be evil. In this book, they both discover that they have done terrible things in their past, unforgivable things, to get them the power they now have. I liked that, instead of discussing guilt, or shame or atonement, Salo says that the only freedom they have is to choose a different future.

I also liked what happened when Salo is confronted with the reality of slavery. Ilapara, who has grown used to having the stench of slavery in her nostrils, initially thinks Salo's response is dangerous, naive and ultimately futile. All of which is probably true. Yet Ilapara recognises that Salo has brought more change in a day than she has seen in years.

I don't know how many books there will be in this series but I hope they keep coming at a pace. By the end of the book, all five characters are in the Kingdom of the Yontai and the stage is set for major change. I'm engaged with the characters. I can't see a simple way forward. I know there are many things I don't yet understand about this world. So I need the next book as soon as possible, please.

'Scarlet Odyssey' was my pick from Amazon's First Reads offer this month.

It's a debut novel from a young writer, born in Zimbabwe and educated in Costa Rica and the US and now living in South Africa. I was attracted to it because I've seen some great things coming from African Science Fiction writers in the past few years. This one takes the classic fantasy quest framework and weaves in new-to-me mythologies and has some novel gender-based divisions of labour - woman are the quick-witted ones who learn and wield magic, men are the ones who attack big beasts with their bare hands.

It's off to an excellent start with two interesting characters (who haven't met yet) some startling magic and a lot of action. I read The Iliad a few years ago after reading The Song of Achilles. I meant to read The Odyssey at some point and now I have. I was originally planning on reading Fagles' translation, but ended up with a copy of Emily Wilson's new translation instead. It is incredibly clear and readable. I found this much easier to get through than the Iliad which I think is due to the translation and a greater familiarity with the story. I've toyed around with the idea of also reading The Aeneid. Maybe in a couple of years I'll get around to that one. Of course that means deciding on another translation... we'll see. Kindle : got it as a free kindle book

Odysseus has been away from Ithaca, the Greek city-state under his rule, for ten years while fighting in the Trojan War. After the fall of Troy, Odysseus begins the long journey home to his wife and son; however, his journey is plagued by misfortune as the gods feud over his fate, leaving the Ithacans to believe that he has died.

The Odyssey is attributed to the poet Homer and, after its companion poem the Iliad, is the second-oldest surviving work of Western literature. Composed sometime around the eighth century BC, the ancient Greek poem has since been translated into many languages and serves as an important source of information on ancient Greek culture and mythology. Actor Sean Bean took on the role of Odysseus in the 2004 film Troy, which depicted the events directly leading up to the voyage of the Odyssey

First time I've read it and I can't understand why some people like it at all , it made me cross eyed trying to understand what was going on, and the only reason I picked this up was because I told my sister I would read it since its her favorite book. Its a book I would never have picked up otherwise. What can I say except I should of listened to my friend Frishawn , she was right about it been a long poem which it is as well as being boring and confusing  .