Log in with Facebook
or
Wrong email address or username
Sign up
Already on BookLikes? Log in!
Incorrect verification code
Please, check your email, the code to access your BookLikes blog was sent to you already.
Enter code:
« Back Send
back to top
Search tags: Rabbit-Hill 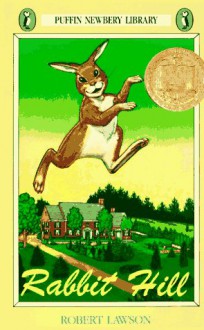 [Still reading children's books. Why we have them around is covered in this review. Short version: children's reading program, public schools.]

You may immediately recognize - if not the name Robert Lawson - then the style of illustration (images below). The really popular book of Lawson's (when kid-me was reading at the school library anyway) was Ben and Me: An Astonishing Life of Benjamin Franklin By His Good Mouse Amos (which does not have its own wikipedia page, instead you only have this one for the 1953 Disney film). I'm betting that it was suggested reading for American History book reports. I don't remember reading it - though I do remember looking at the illustrations. Rabbit Hill (1944) was somewhat popular at our library, but then it was also a Newbery Award winner, and those usually were put on display during certain times of year.

My memory of the book has to do with my Fear Of Animals Getting Hurt In Books - which is really thanks to other books, not Lawson's.

[Here I will assure you that no animals in the story die, though you're made well aware from the beginning that other little animals have died in the past because various older animals tell stories about it. BTW I'm not going to retell any of the animal stories I read that freaked me out as a kid because odds are high they'll also disturb you to some degree. But I will be spoiling the entire plot of this book, FYI.]

The children's books with animals in them that I grew up reading in the 1970s were a weird mix - I read enough of the older books and the more modern ones, and oddly it's the more modern ones that were often the problem. Animal stories were usually teaching an Important Moral Lesson or going for comedy. But then you had others that masqueraded as a caring story and instead were all about Tragic Thing Happens to Animals. I loathed those. I didn't give a rip if the human lived - I much preferred that the animal not die. (Authors do have that power, after all.) Tragedy where the author kills off the beloved character rather than use alternate means (you know, the old suffering and making it through) - well I always feel that's a cheap shot. Those stories did nothing but upset me, and as an adult they still annoy the hell out of me. I'm specifically not stating the names of them (neither are well known). Let's just say they're worse than Old Yeller for having no reasoning or message in the animal deaths. But then I never did accept "author kills pet/the parents/etc. to give child a growing up exercise" as a Message.

(Tangent! I feel similarly about stories that go out of their way to have an unhappy ending for all the human characters because Suffering Is Literature and happy endings are not. If the author mixes both tragedy and happiness in, fine. That's closer to the reality I know. But an ending where everyone goes away miserable, alone, never to be loved, suffering nobly, release only in death, etc. - um, why do I want to read that? If tragedy was the default human condition - and if people could never see beyond that - why would we need that reminder in books? But that's me. Oddly I can take the "everyone dies" in horror, no problem. It's when it gets all "everyone dies, because, literature" that I quibble.)

Happily this is not the story Lawson wrote in Rabbit Hill. Kid-me was very relieved about this, because there were hints it might be. 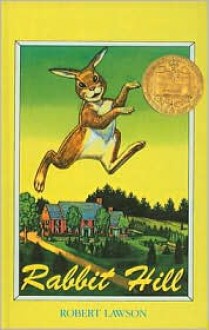 A story about the little animals that live on the Hill. The House on the Hill hasn't had any people living on it and is falling apart. The animals find out that new people are coming and the book follows them as they wonder about the new owners and how they will treat the animals of the Hill. It was simple and sweet and just right for a new beginning readers' chapter book
Like Reblog Comment

Re-read, first time in many years. It continues to interest me that many of my deeply held principles are explicit in books I read as a child. Here, the garden many times larger than needed by the folks eating from it is encountered. No traps, no poison, enough to share. I know that it was reinforced for me in lots of ways but I have to wonder if this book is the genesis of my organic gardener's consciousness.That aside, it's a sweet, simplistic, painfully anthropomorphic story.
Like Reblog Comment 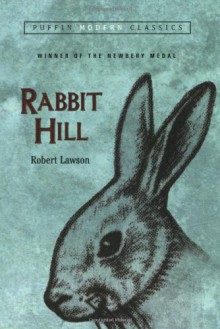 “New Folks coming…new Folks coming into the Big House!” That’s the cry of every Animal on Rabbit Hill. The Animals are filled with excitement…and fear. Will the new people bring a new prosperity to the house and the hill? Or will they bring danger?Not to give away too much, but the charm of the story is the way the new Folks are everything the Animals could hope for and more, beautiful role models of love.
More posts
Your Dashboard view:
All Reviews Text Photo Quote Video URL Activities
Liked posts Top Tags
Press About Terms of Services Privacy Policy Contact Us Blog FAQ Patronaty medialne BookLikes for Authors Partners panel more...
Team Themes Docs API Blogs
Copyright © 2021 BookLikes