Log in with Facebook
or
Wrong email address or username
Sign up
Already on BookLikes? Log in!
Incorrect verification code
Please, check your email, the code to access your BookLikes blog was sent to you already.
Enter code:
« Back Send
back to top
Search tags: Resistance

If you are looking for products like synchronizer, synchroscope, motorized potentiometer, engine controllers and flexgen et cetera., you can approach a leading service provider, Selco USA, INC.
For more information, visit https://selcousa.com/ 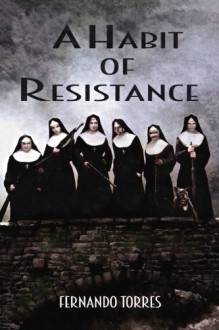 A book trailer for the newly released novel, "A Habit of Resistance." A Habit of Resistance, is the exciting story of a quirky group of nuns who progress from having a small gun club to joining the French Resistance during WWII. Sister Marie's latest novitiate is a young woman named Noele whose fiancé, René, fled to Paris only to find it overrun by the Nazis. Now back in sleepy Brassac, both René and Noele realize that decisions of love and liberation can never, truly, be avoided. Sister Marie is not unsympathetic to the emotions with which Noele battles; having gone through a similar struggle when she was young. The offbeat nuns must wrestle with how far to expand the margins of their vows, in hopes of saving their town and themselves. A Habit of Resistance is a humorous, but thought-provoking story of personal denial and redemption. Available now in paperback and on your ebook.