Log in with Facebook
or
Wrong email address or username
Sign up
Already on BookLikes? Log in!
Incorrect verification code
Please, check your email, the code to access your BookLikes blog was sent to you already.
Enter code:
« Back Send
back to top
Search tags: Revival 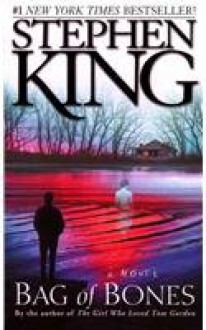 In one way, at least, our lives really are like movies.

During the first three-quarters of this book, we get to know the characters, especially Jamie. I was constantly waiting for the other shoe to drop. Reverend Jacobs is obsessed with electricity; okay, but what's going to happen next. I enjoyed following the characters and feeling their emotions through the ups and downs of their lives, but I was hoping for something... more. Then, when the more finally came, I was surprised, to say the least. I know this book has been out for a while, but I try to avoid spoilers as much as possible so I didn't really know what to expect from this book. I had recently read a couple of reviews that claimed this was his scariest book (at least in recent years). I think I was expecting the scary to be woven throughout the book, but it wasn't - it just hit you in the face during the final part of the book.

I don't know how I feel about what the ending says about life and death, but I wasn't especially scared or impressed by it. I'm giving it four stars because Stephen King has been my favorite author for more years than I can count, and because I appreciate his writing and ability to scare us in so many ways. The audio was very well done and I was anxious to see what would happen next. I listened to this every night instead of reading a print book, in addition to listening during my walks and driving time.

I read this book for the Modern Masters of Horror square. I read 11 books this month!

The Auctioneer by Joan Samson, narrated by Matt Godfrey 4*

Beneath A Ruthless Sun: A True Story of Violence, Race and Justice Lost and Found by Gilbert King, narrated by Kimberly Farr 4*

The Holy Ghost Speakeasy and Revival by Terry Roberts 4*

Behind the Door by Mary SanGiovanni 4.5*

Creature by Hunter Shea ALL THE DAMN STARS!

The Siren and the Spectre by Jonathan Janz 3.5*

1. City of the Dead by Brian Keene

2. The Warblers by Amber Fallon

6. Cold in July by Joe Lansdale

The American South in the 1920's was an interesting region. With religious folk preaching against the sins of drinking alcohol, and prohibition making it a prominent job option for those looking to make some money, here comes Jedidiah Robbins on his gospel train. With his team selling bibles, (and bottles out the back), he is a man full of contradiction. He is what made this book so compulsively readable.

Jed and his group tour mostly in Appalachia and find themselves in trouble there from time to time. With local lawman trying to keep law and order, with the KKK, (unhappy with the colorful nature of Jed's team), and the additional appearance of H.L. Mencken trying to unveil a scam, it seems there is never a dull moment.

I myself am not a religious type and I usually do not appreciate novels that attempt to preach at me, however stealthily that attempt may be. I do think some of that was going on here. It was my fascination with Jed Robbins that kept me going. I admit there were a few other characters that interested me as well-oddly enough-one of them was God himself.

I think if Jed were a through and through man of the cloth this book would have been boring. But Jed was a man of the world, and even if it wasn't he himself that was distributing that bootleg liquor, it was his team doing so, and it was with his full knowledge. They did some other things that many would deem ungodly as well. Yet somehow Jed walked the walk of a true believer and he was sometimes so sweet and kind, he brought a tear to my eye.

A quick note about the writing-Terry Roberts has a deft hand with language and that's another reason this book was so difficult to put down. I have several highlighted passages that I thought were just beautiful, but I can't quote them here until the book is released. (August 21, 2018, people! Mark your calendars!) A few times I just had to marvel over sentences that flowed like a mountain stream through my mind and emptied into the river of my heart. I may not be a religious person, but I am a spiritual person and the language here touched my spirit.

THE HOLY GHOST SPEAKEASY AND REVIVAL is worthy of your time. Even if you're not religious, even if historical fiction isn't your true thing, (I'm not and it isn't, but the title sucked me in), this is a wonderfully written book that will lead you down through the paths of Appalachia into an America that is long gone, but fondly remembered here.

*Thanks to Edelweiss and Turner Publishing for the e-ARC of this book in exchange for my honest feedback. This is it.* #Fridayreads I'm starting THE HOLY GHOST SPEAKEASY AND REVIVAL SHOW by Terry Roberts. I'm working my way thru MOURNING JEWELRY by @SWytovich, LUCIFER, BOOK 3 and THE FREAKSHOW MURDERS by Frederic Brown. Lastly, I'm listening to THE REPUBLIC OF THIEVES by @scottlynch78. pic.twitter.com/hMD4OHggVk