Log in with Facebook
or
Wrong email address or username
Sign up
Already on BookLikes? Log in!
Incorrect verification code
Please, check your email, the code to access your BookLikes blog was sent to you already.
Enter code:
« Back Send
back to top
Search tags: The-Intern\'s-Handbook A quick read with an interesting story line and a somewhat surprising ending. The dialogue is snappy and overall I enjoyed the book. There was room for improvement, but I think the author made the right overall choices.
Like Reblog Comment I can't wait to see the film adaption!
What an incredible story! There was a feeling of six degrees of separation throughout, but it totally worked! The story was full of action, lots of comedic moments, and mixed it all up with this intricately told tale. I just couldn't get enough of it!
The idea of an intern being an assassin is unheard of, so being a fresh and new premise made for an even more exciting read.
I do have to say that I am not sure how to feel about the ending, which you know endings mean a lot to me. I think everyone should have got what was coming to them, but can still see why the author went the direction that he did. It just wasn't convincing to me.
I still think it is a wicked story and highly recommend it to you all!
4.5/5 I am wet shoes.
I am cold, damp breath.
I am sweating hands.
I am gravity crushing the grass beneath my boots.
I am Kevlar and metal and lead.
I am laser sighting.
I am death.
And I am coming.

It feels like yesterday I was just writing a review about a sociopathic young male assassin facing THE conflict that will change his life.

The difference between that book and this one of course being, John Lago (the author of this handbook) reminds me a bit of Drew Evans… without the manwhoring, misogynistic charm and within the context of killing people professionally. The swagger, the ADD narrative, the nicknames for his junk (twig and berries vs cash and prizes… choose your poison), the movie quotes (gad the movie quotes) and references, the testosteroned one-liners… its like they’re brothers from different mothers. So in terms of entertainment value this one definitely brought it home. In terms of being a satisfying, cohesive book it left a little to be desired. 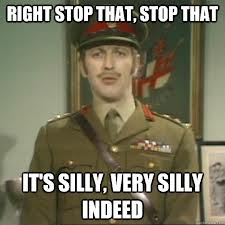 I got this book through GR's first-read giveaway. What drew me in at first was the cover art (so gimmicky, it's got to be one of my favorites), the whole "assassin posing as an intern" premise, and the promise of humor. So I went into this book expecting a fun read.

It was not a fun read. It's actually a screenplay given a lot of padding to look like a book. Why this story isn't a movie but a book is a mystery to me because it's got all the trappings of a summer flick. Or better yet, a low-brow Bond-inspired action-comedy.

What we have here is an assassin narrator called John Lago on his last mission before retirement, and he's written a secret handbook in hopes of helping rookie assassins avoid getting killed on their first day on the job. How noble of him, no?

This handbook isn't so much a how-to but a tell-all autobiography. Lago writes about his final mission as it's happening, but he only drops a few tricks of the trade now and then to pad the story. Instead he spends a lot of time illustrating what a "suave badass" he is, how he's the best assassin in the trade, how many near-misses he's lived through, how crazy his existence is. So like I said, not so much handbook but autobiography.

Like all autobiographies (fiction and nonfiction alike), Lago as a narrator is full of himself. So much so in fact that he forgets his purpose of writing this "handbook." It certainly isn't to help the poor doomed rookies because all he does is boast about what a living legend he thinks he is.

I got fed up after 20 pages or so of this Lago persona living the hard and fast life, but I decided to push on to see how absurd this whole thing is. And the plot got even more ridiculous the further I read on. How ridiculous? At one point Lago amasses so many injuries on this mission that he should be unconscious in critical condition, but no, he just rests a bit and then powers on through the pain and fatal gaping wounds. All in a day's work.

If this is meant to be satire, then I must've missed the boat because the writing is neither intriguing or compelling or even amusing. It's more like a demonstration in sensationalism to see how far a writer can push a story before it becomes grating and obnoxious, which for me was at the 20 page mark.

This story could have been a platform for some interesting commentary on corporate society acting as a training ground for sociopaths or how the lives of these sociopaths aren't all that different from killers for hire. Then again, anything not directly related to John Lago would go over John Lago's big head and even bigger ego.