Log in with Facebook
or
Wrong email address or username
Sign up
Already on BookLikes? Log in!
Incorrect verification code
Please, check your email, the code to access your BookLikes blog was sent to you already.
Enter code:
« Back Send
back to top
Search tags: Troy 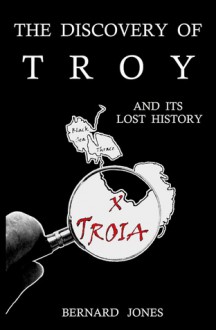 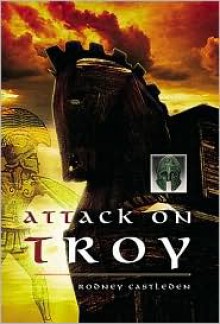 TITLE:  The Attack on Troy

3300 years ago Agamemnon, king of Mycenae in Greece, attacked the city of Troy in western Anatolia. The bloody siege that followed gave rise to one of the most famous legends of the ancient world, and the search for the truth behind the legend has intrigued scholars ever since. In this fascinating new investigation Rodney Castleden reconsiders all the evidence in order to establish the facts and give a historical basis to the most potent myth of ancient warfare.

This book is a little bit different to Michael Wood's In Search of the Trojan War, which reads like an archaeological detective story.  Both books provide similar information but in a different "format".  Castleden attempts to recreate what the Trojan War by comparing what is known from archeology of Bronze Age Mycenaean and Ancient Near Eastern civilization (Hittites, Luwians, Egyptians etc) to the information provided in various incomplete and lost epics such as the The Iliad, The Odyssey, The Kypria, and The Little Iliad.  Castleden works through the ancient epics and explains what is plausible in terms of cultural and military factors and what is probably poetic license.  The writing style is clear and easy to read, with the layperson rather than academic in mind.  A nicely written introduction to the archaeology and mythology of the Trojan War.

PS:  Another nonfiction book on the Trojan Was is Barry Strauss's The Trojan War, but I never did manage to read more than 2 chapters as the author had a tendency to novelize whole sections of the Iliad that did not appeal to me. 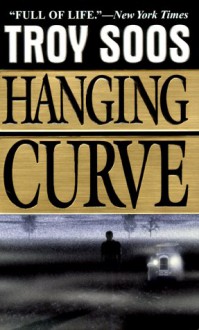 In the novel "HANGING CURVE", we are reunited with the major league utility ballplayer Mickey Rawlings. It is the spring of 1922 and Rawlings is now playing for the St. Louis Browns of the American League (AL), a team that would be vying for the AL pennant that year. He's chafing over seeing so little playing time with the Browns that he accepts the invitation of a former major league teammate to play 1 game with a white semi-pro team against the East St. Louis Cubs, a Negro semi-pro team. (Rawlings, when he had played for the Detroit Tigers, had had the opportunity to see some of the other Negro baseball teams play and was deeply impressed by the quality of play these teams showed. Indeed, he wished he could play against them. But with the new baseball commissioner Kinnesaw Mountain Landis in firm charge of Major League Baseball, he generally forbade major league players playing against Negro baseball teams.)

Anyway, Rawlings accepted the offer and, under an assumed name, joined the Elcars in their game against the East St. Louis Cubs in East St. Louis, IL (just across the border from Missouri and very close to St. Louis). On the Cubs was a Negro pitcher by the name of 'Skip' Crawford who pitched brilliantly against the Elcars, striking out Rawlings in a dazzling display of pitching. The game was intense and tempers flared from the Elcars, who were outclassed by the Cubs. Subsequently, Crawford is found dead in the same ballpark several days later, apparently a victim of lynching.

Rawlings is deeply affected by Crawford's murder and takes it upon himself to investigate the murder. In the process, he learns first-hand about the darker side of America as it was in the 1920s when overt racism against Negroes (African Americans) was often condoned or generally accepted without demur by most Americans. Indeed, Rawlings is made painfully aware of the growing power and influence the Ku Klux Klan exerted in several state legislatures beyond the South (e.g. in Indiana, Illinois, and Missouri) and in the local police department.

On the whole, "HANGING CURVE" is a fascinating novel that faithfully conveys the thrilling drama of professional baseball juxtaposed with Rawlings' sleuthing skills and the various personalities in his life whose relationships with Rawlings spice up the novel all the more.
Like Reblog Comment
show activity (+)

The question of whether or not there was a Trojan War has occurred for some time. Was there a Paris, Achilles, Menelaus, or Helen? What about that horse? Was it really a horse? Alexander the Great supposedly stopped at the tomb of Achilles so the hero worship has been going on for quite a bit.

Castleden’s book, a scholarly work, offers historical evidence and context for a real Trojan war, if not quite the version that Homer recorded, though Castleden does address the areas where Homer and truth coincide, such as the place names and helmet types just to name a couple places.

The book is less a discussion of Mycenae and Hittite history and culture as well as conflicts between the two societies. There is the question of the letter to the Hittite king about a certain runaway prince with a woman.

The book is scholarly but not dry. There are discussions about siege strategies, the role of the generals on the battlefield and such. You do not have to be an expert on the ancient world or even ancient Greece for the book to be readable or concise.

It does help to have familiarity with the story of Troy itself, and to be fair, at one point there is a bit too much play by play. But this was an interesting book.

This is the fifth novel in the Mickey Rawlings Mystery Series that I've read and it doesn't disappoint. It is 1921 and Rawlings is now playing with the Cincinnati Reds. He volunteers to help a local baseball super fan, Oliver Penniman, set up an exhibit of memorabilia to honor the 1869 Cincinnati Red Stockings, the first professional baseball team in American history.

But before the exhibit could take place, Penniman is murdered and Rawlings "soon finds himself embroiled in a mix of conspiracy, lies, and murder that [could] end his career ... and his life."