Log in with Facebook
or
Wrong email address or username
Sign up
Already on BookLikes? Log in!
Incorrect verification code
Please, check your email, the code to access your BookLikes blog was sent to you already.
Enter code:
« Back Send
back to top
Search tags: amazon-authors

Krazykiwi has all the info and links in this post here. Sounds like this is pretty much what Amazon has been doing in the past - alerting authors to mistakes - but this time there might be a little more push to get them to fix it. Of course with the huge amount of spelling/grammar fun that's out there, that's a ridiculously large job, so I wouldn't think there'd be any significant difference in quality for some time (if ever).

Fun part for me - I had no idea Amazon specifically defines "disappointing content," and was amused. Read the following and ponder how broad some of these statements are as far as what can be considered disappointing. (Some I'd rate much higher than the word disappoint and more towards "rarrrr inducing.")

We do not allow content that disappoints our customers, including but not limited to:

Apparently all this time I could have been complaining about all those people selling public domain works with little change from the free online ebook versions. Did not know that. Though I might have had to purchase one and return it to be able to send that message - not sure.

They repeat the idea over here:

Anyway it's great to have these sorts of standards, but as usual the real problem is making sure the sellers follow them. I'm specifically thinking about having enough staff to manage all that content review and communication in a way that doesn't take years to fix each issue - because as we all know, it's usually always an issue that companies never seem to hire enough staff to do all the work.

Second in a series deconstructing a kerfluffle that wasn't.  Not the one they're claiming, anyways.

First in a series of posts examining Anne Rice's Amazon discussions that everyone seem so gaga over.  (Follow the link).

Back in Dec/Jan when all this was still going on I chalked it up to another bout of insanity from the lady who seems hell-bent on becoming the modern-day Nora Desmond, and let it lie.  But now this shit's gone too far.  Now even supposedly reputable sites like the Guardian are parroting this farce.

Hello, I'm Anne Rice- and you're not.

If you've been blissfully unaware of this latest insanity, Anne Rice- author auteur, Goddess of the Night, Mistress of Vampires, blahblahblah- went off the deep end again when she started pontificating all over the Amazon forums about the state of reviewing in general, and how everyone should have to reveal their secret identities in order to post reviews.  No more pseudonyms, aliases or screen names anywhere.  Naturally, a collection of fools, charlatans, frauds and crusaders fell over each other to be the first to pat her on the back about lending her name to the jihad against Teh Bulliez.  She was so tickled she couldn't stop sharing it on FB (here, here and here), ignoring the warnings given to her about the site in question to the point of deleting all comments about them yet left all posts from that site's contributors standing.  Because that site's history of abuse, doc-dropping and yeah- bullying, has nothing to do with nothing; what matters is they're kissing her ass here and now.  One should always focus on what's important.

You'll also notice that not only are the majority of them's talking about how happy they are about this are themselves doing so under false pretenses, the claims of Rice's victory over bullying amounts to a bunch of sound bites. All screenshots of her 'winning' posts are done so in a vacuum without context or reply; trust me when I tell you there's much more to the story.  And it doesn't make Rice look good.

I'll state with 100% certainty that any and all who run around the internet crowing about how Anne Rice showed those meanie-mean poopy-heads over on Amazon never read the entire thread.  It's pretty damn obvious TIME Magazine didn't.  Because a reading of it shows Rice getting her pop-culture intellectualism handed to her on a pretty regular basis.  For the sake of disclosure I'll admit to giving her a few lumps myself during the discussions.

The undercurrent here fools no one, least of all it's proponents who know they're full of shit.  That's why the vast majority almost never come out and say what's really on their minds: there should be no negative reviews posted.  Ever. (The article is satire but the comments are worth looking at).  And the few that do say so only highlights why the rest don't: it reveals them to be the whiny, spoiled, sniveling, entitled children they are.  After all, they're SOOPER-GENIUSES!  Everyone knows it; back when they were that sunflower in the third-grade play- even the teacher said so!!!  They've got a whole wall of participation trophies that confirms it! 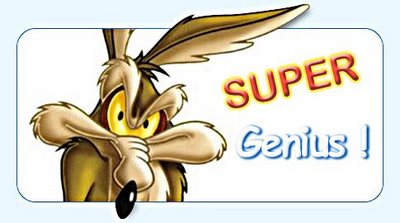 Allow me to introduce myself: I. Ama Author- SUPER GENIUS!

Given Rice's well-documented history and complete denial of her own bullying, it was comically ironic to see this posted on her FB page to try and bolster her argument: Science Confirms Internet Trolls are Narcissistic, Psychopathic and Sadistic.

Another example of Rice's disconnect from her actions is seen in this FB exchange with one Dusty Lee.  Note how quickly Rice condescendingly changes the topic once she's been called on her previous bad behavior:

Dusty Lee well i've definitely seen the rice army go off on negative commenters lol. what harm it actually caused, probably none. i guess for me, i would have a hard time telling THE anne rice to her face that i don't like her latest book. for a lot of people, myself included, writers have rock star status. we worship you guys. and when and author has an obvious presence in a place like amazon, i'm not telling you or any other author to get off amazon, it's just that it can be hard to be honest when you know they're reading it. imagine telling a musician you've totally idolized that you didn't like that song. or maybe you don't have that problem. maybe i'm coming at this from too personal of a place and it's clouded the bigger picture.
2 · February 24 at 10:53pm

Anne Rice Dusty, you can check out any one of my books right now tonight and find all kinds of negative reviews. Believe me, people do not find it difficult to post them on my books, not at all. And I don't see any legion of fans going after these people. --- Take a look right now at any of the review threads. You'll see plenty of negative reviews. I don't think people have any problem at all being honest. ----- And there is something to be said for taking responsibility for what one publishes on line.
5 · February 24 at 11:04pm

Dusty Lee i'm sorry, but what??? you've never seen legions of fans go after people that negatively reviewed your work? don't you remember when you linked that review of "pandora" on this very page, which in turn caused the writer of that review to be harassed and insulted hundreds of times by your fans? or how on the amazon reviews for blood canticle, people that post negative reviews are called things like "bitter out of work editor" "ignorant and illiterate"... surely you see these things, no? does this not constitute as "cyber bullying"?
2 · February 25 at 12:45am · Edited

So unless it's all about how great the book is, Anne Rice wants you to use your real name when you do a review- for security purposes.
In light of all this, I figure it's time for what I'd thought about doing while the thread discussion was live: blog and post about it for everyone to see.  That way everyone can see for themselves what went on beyond the inanity being slung around the internet and see what she really thinks from her own keyboard.  It'll be fun!- and you'll even get to learn a few new words, like "careerist reviewer".  lol
Stay tuned.
Amazon Meet Our Authors Discussion Anne Rice No Negative Reviews STGRB The Bullies Time Magazine
More posts
Your Dashboard view:
All Reviews Text Photo Quote Video URL Activities
Liked posts Top Tags
Press About Terms of Services Privacy Policy Contact Us Blog FAQ Patronaty medialne BookLikes for Authors Partners panel more...
Team Themes Docs API Blogs
Copyright © 2021 BookLikes