Log in with Facebook
or
Wrong email address or username
Sign up
Already on BookLikes? Log in!
Incorrect verification code
Please, check your email, the code to access your BookLikes blog was sent to you already.
Enter code:
« Back Send
back to top
Search tags: escrow

Escrow account, is an impound account useful for both borrowers and leaders. Visit the article to know about its advantages and disadvantages. 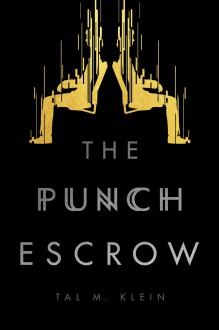 The Punch Escrow took me forever to read, and to be completely honest – I’m not sure why! I never at any point disliked the story. In fact, The Punch Escrow is right up my alley of types of books I do like. Now, I’ve encountered this situation before, as happened with my trying to reading David L. Golemon’s Supernaturals. The difference there was that almost from the beginning I could pinpoint the biggest problem (complete and utter lack of atmosphere). With The Punch Escrow, though, I was left wondering at several points why I had to force myself to read this book.

I think part of it might be that I have an aversion to footnotes. While they do give a bit of good information about the story that helps flesh it out, they always distract me. I have the attention span the size of a gnat. The fact that I can sit down and read a book from cover the amount of times I do is amazing. So when you ask me to take a break from the story to read the footnote, you’ve just distracted me from the story. And once I’m gone – I’m gone. Punch Escrow has a fair amount of footnotes.

Also, while I liked Joel well enough, his character was never enough to actually make me want to root for him. It was interesting watching him going through everything, and trying to puzzle everything out along with him but he just wasn’t an interesting character himself. I have to say, my favorite character in The Punch Escrow was probably the ambulance. I loved that ambulance. And the peeing mosquitos. Those things will stay with you for a while.

I think that The Punch Escrow would make an awesome sci-fi thriller film. In fact, I had a much easier time staying engaged with the book when I started thinking of it in terms of a movie. This was aided by the fact that around the 70% point, the action in the book picks up noticeably. Prior to that, it mires down a bit so that it’s easy to not realize that a good bit of stuff is actually happening.

Overall, I liked Tal M. Klein’s world. I think he does an excellent job of building off our now to make a believable future. There were portions of the book that had me laughing. Other sections that had me sitting back, nodding, and realizing that – yeah – if certain things do develop, it would probably start with something like what he posited. I think he has a solid imagination, and, all things considered, I did enjoy the novel. Just not as much as I should have. 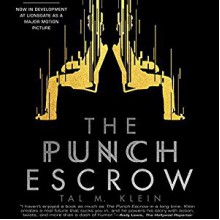 Yeah, that sums up my experience with this book. I really enjoyed it. There’s tons of science-y bits, and you know how I like my science. There’s the mosquitoes that eat carbon fumes (and then pee rainwater), the personal assistant AIs, self-driving vehicles, and teleportation. Yep! The 22nd century is looking mighty fine indeed. Then in steps Joel Byram.

Joel is such a smart ass and I had a lot of fun with this character. He’s a Salter, someone who is paid to provide conundrums to AIs. Legally, benignly, salting teaches the AI. However, Joel could use his salting skills to backdoor hack an AI, which is totally illegal and our hero would never do that. Or would he? The author did a great job of showing us this job, which is totally fascinating to me, but is rather humdrum boring to Joel. There are tons of Salters and Joel makes it sound as boring as customer service.

Then there’s Joel’s fascination with 1980s music. Oh my! I had so many of those songs stuck in my head while listening to this book, especially Karma Chameleon by Culture Club. At least some, if not all, of the chapters were named after 1980s songs. I’m sure I missed some of the references. Which makes this a perfect book for a reread.

It did take me a little bit to figure out the title of the book. At one point, Joel goes over the philosophy of this 17th century British dude, John Punch along with Ockham’s Razor. It wasn’t until halfway through that I finally understood the ‘escrow’ part of the title: holding in trust. As Joel learns the true mechanism behind International Transport’s teleportation, the title becomes clear and it is a very chilling and horrifying truth indeed! Tal Klein, hats off to you. You made my blood run cold with that reveal.

OK, so I loved all the science though if you’re not into science, some of the info dumps might bore you a little. Fear not! This tale is full of action and danger and snark. Oh yes, we get plenty of snark (yay!). Joel goes to great lengths to ensure his wife Sylvia is OK. She works for International Transport on top secret classified stuff and after the Big Event, all sorts of people are either trying to kill or capture Joel and Sylvia. Joel resorts to various types of trickery, torturing people with 1980s songs, hijacking an emergency vehicle, and teaming up with questionable people. It is a wonderful roller coaster ride.

In short, this was a unique and completely engaging story. The mix of science and snark captured my brain and my heart. Klein is a talented author and I look forward to seeing what he comes up with next.

Narration: Matthew Mercer – you rocked this book! Literally, you rocked it 1980s style. Thank you for pulling out all the stops and making Punch Escrow a total delight to listen to. You were the perfect smart ass Joel and I loved the bits of song. As Joel went through his myriad of emotions, you were right there portraying them to the listeners. All together, it was a great performance.

I received this audiobook as part of my participation in a blog tour with Audiobookworm Promotions. The tour is being sponsored by Tal M. Klein. The gifting of this audiobook did not affect my opinion of it. 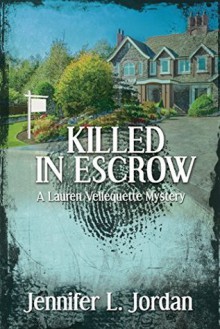 I very much enjoyed this book. The author's voice and quirky main characters held my attention and I was definitely invested in all aspects of the story. It wasn't perfect and there were some things that made me shake my head in disbelief a bit but, overall, I definitely recommend it.
Like Reblog Comment

I very much enjoyed this book. The author's voice and quirky main characters held my attention and I was definitely invested in all aspects of the story. It wasn't perfect and there were some things that made me shake my head in disbelief a bit but, overall, I definitely recommend it.
More posts
Your Dashboard view:
All Reviews Text Photo Quote Video URL Activities
Liked posts Top Tags
Press About Terms of Services Privacy Policy Contact Us Blog FAQ Patronaty medialne BookLikes for Authors Partners panel more...
Team Themes Docs API Blogs
Copyright © 2022 BookLikes