Log in with Facebook
or
Wrong email address or username
Sign up
Already on BookLikes? Log in!
Incorrect verification code
Please, check your email, the code to access your BookLikes blog was sent to you already.
Enter code:
« Back Send
back to top
Search tags: george-carlin 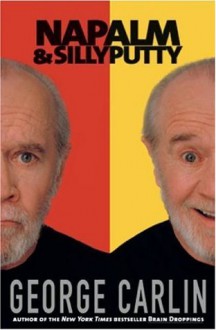 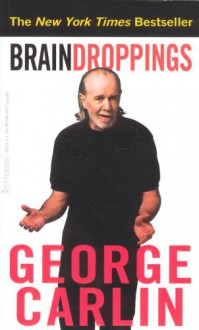 There's plenty of food for thought in Carlin's talks. That's why I never thought so much depended on his delivery, until I tried to read instead of watching.
I just can't summon up the energy to finish this one.
Like Reblog Comment

George Carlin was a legendary comedian. Even before I started getting into stand-up comedy, which was actually pretty recently, I was aware of him. So when I started reading this book I was curious to find out what it would be like. Would his writing style be similar to the way he talked in his lives? Would his jokes be equally funny when they were written down and not performed? These were a few of my questions and I was delighted to find out the result.

Carlin in Napalm & Silly Putty had a great variety of themes that he explored, many of them very typical of him, like the government, religion and death. The chapters didn't have a thematical connection most of the times but throughout the book there were several chapters with Short Takes and The Evening News. From these, Short Takes were my absolute favourite ones that included short jokes, many times one-line long.

The writing style was unique. It resembled the way that Carlin talked, so almost all of the time I imagined him talking. Maybe I should try listening to the audio version of the book. But reading the jokes didn't take any of my enjoyment away, I was constantly laughing out loud. Besides, Carlin had this very characteristic way of expressing himself and he maintained it as it was, with all the profanities and the satirical comments.

We kick off this edition with a cover reveal. If you're into Urban Fantasy, you should already be familiar with Kevin Hearne's Iron Druid Chronicles. Here's a look at the cover for the new book, Staked, due out in Jan 2016.

Some dude photoshops himself into stock photos- with predictably hilarious results.

A blast from the past: a primer on some of George Carlin's best routines.

For you Game of Thrones fans, here's a list of all those who've since departed Westeros... and how likely they are to return. Catelyn Stark, anyone?

Some Bad Lip Reading from last year in the NFL. Probably the best thing to happen to some of these teams.

And last, but by no means least, a Star Trek inspired steampunk trike. If you think it sounds cool...