Log in with Facebook
or
Wrong email address or username
Sign up
Already on BookLikes? Log in!
Incorrect verification code
Please, check your email, the code to access your BookLikes blog was sent to you already.
Enter code:
« Back Send
back to top
Search tags: gmb-tantor 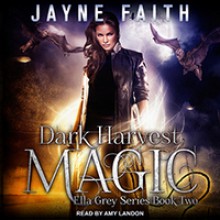 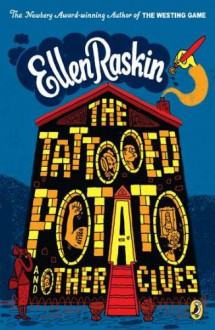 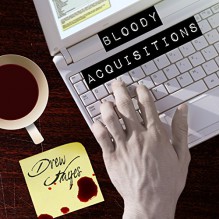 The point of these quick takes posts is to catch up on my "To Write About" stack—emphasizing pithiness, not thoroughness.
---

I've never claimed to have an exhaustive knowledge of Ellen Raskin novels, yet I was surprised to find a passing reference to this one last fall. So I grabbed it up and jumped into it with relish. It's been since I was in MG that I've read other works by her that aren't The Westing Game, so I can't say for certain if this is her usual kind of thing or not (I think this is closer to her norm than Westing, though). There's an over-reliance on funny names (frequently some sort of wordplay involving food) and outlandish eccentricities as a source of humor, but that's a minor thing.

This is really 3-4 short stories linked together with an overarching narrative to make a novel—which actually works pretty well. The pair have a few smaller mysteries to solve while a bigger one builds. This reads like a collaboration of Donald J. Sobol and Daniel M. Pinkwater—which absolutely would've been up my alley when I was the right age, and is still amusing enough right now for me to enjoy the quick read.

Is it my favorite thing ever? No. But it's a clever read that's entertaining enough.

This is a little more mature than usual for MG books (especially given its publish date, I'd think), but it's not mature enough for YA. Not that it matters, that's just me trying to categorize it. I think it's probably appropriate for MG readers, though (there's one scene that might push it over the edge, but...I'd risk it).

(the official blurb)
I continue to enjoy these lighter UF books about the world's dullest Vampire and his supernatural friends. Of course, the joke is that he's not really that boring at all, Fred just thinks of himself that way.

The core of this novel is Fred dealing with a group of vampires coming to town to set up shop. The big question is: can they share the city with him? Typically, the answer is no, and he'll either have to join with them or leave. The last thing that Fred wants to do is to leave his home and business==he'll just have to figure out a way.

I think this works better as a novel than the previous two installments and is overall just a touch more entertaining. I'm not sure that I have much else to say—these are fun reads/listens.

(the official blurb)
I have even less to say about this one. I didn't enjoy it as much as I did the previous one, maybe because just about all of it felt like Faith was setting things up for the next book or two in the series more than telling a story now. This does mean that the next book or two should be really good, because I liked most of what she was setting up.

Aside from that, Dark Harvest Magic really feels a lot like it could be the next several chapters in Stone Cold Magic. Which means that pretty much everything I said about it applies here. An entertaining read/listen, I still like the characters and really want to see where Faith is taking this all, even if I wasn't gaga over this sequel.

How in the world does a boring vampire accountant get pulled into so many dangerous shenanigans?!

The silver immunity is still a mystery, but he has an elder dragon in his debt.  There are rumors abound regarding a vampire who has befriended the head of the therions (were-creatures) in their town, earned the respect of an elder dragon, is dating and agent, has a zombie apprentice that is the wielder of a weapon of destiny, and is friends with a powerful mage and alchemist.  It all sounds pretty bad ass, but in truth Fred bumbled or lucked his way into these relationships.

But truth be told, his little group of friends are the only ones who know the truth.  This leads to a clan of vampires moving into the territory with the hopes of either absorbing Fred into their clan, or destroying him and taking over.  Boy they have no idea what they've gotten themselves into!

Many more shenanigans later, an attack by a rogue vampire hunter, and a trip to a fully parahuman town (which is impossible to get to unless you have clearance, has been wiped from all maps and is a blind spot in GPS), Fred is in a world of trouble...again. A powerful vampire clan has moved into town ins search of the incredible vampire they've heard rumors of, and they have no idea its's Fred.  Of course they're interested in Fred because they believe his accounting business is a front for stealing the blood of parahumans.  Rituals and protocols bind Fred into accepted the gift of a new apprentice, who is totally a spy sent to learn the inner workings of Fred operation before seducing him.

Lucky for Fred he has an enchanting, living house to help him with a safe meeting space, a place to his new assistant to live, and that way Charlotte, the house, can keep tabs on her.  When it becomes apparent that she's figured him out--thanks to shenanigans--Fred is stuck over what to do about the threat of the clan.  A conversation with Gideon, the dragon--which was a very bid deal for Fred--where he gets advice, information, and an offer for the dragon to "take care" f his problem, Fred does some major thinking.  Eventually outwits and out maneuvers the clan.  With unsolicited help from his friends/family, Fred FINALLY starts his own clan in order to protect himself from all other clans.  He files all the pertinent paperwork with the powers that be, and becomes a contractor for the "Agency" as an added layer of protection.  And all this is done before besting the lead representative of the other clan in a contest of wills which ended with Fred winning the spy the choice to remain with her clan, join his, or go freelance for a while.  Of course she chose to join Fred.

Now Fred's motley crew is truly his family.  But he's also made an enemy of the other clan...which I hope will be covered in the next installment...which I must go purchase immediately so that I can learn what happens next!!

This review is a mess, but it's late and I'm tired, but I wanted to get it down before sleeping and forgetting any key points as my short term memory is terrible.

I actually don't know how deep I am into this one, but I just need to vent about one thing.

WHY DOESN'T THE DUMB ASS JUST START HIS OWN CLAN?!  OMG smart people can be so stupid! 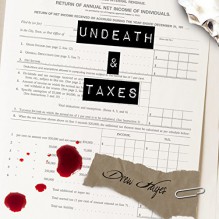 Werewolves and Vampires and Dragons, oh my!

Fred and his motley crew of friends are at it again.  He expands his accounting business, gets kidnapped, recuses the daughter of his client who also happens to be the big bad alpha of his area.  He also gets a taste of dragon blood which is a huge boost to his already superhuman abilities.  Fred meets the sister of his girlfriend, Crystal, ex-finance, which, awkward!  Albert, Fred's sweet, but slow zombie assistant is chosen by a sword of destiny--actual weapons of destiny exist!  There is an encounter with an enchanted, basically sentient house.  And more kidnapping and lots more dragon blood.  So much dragon blood that it leaves Fred with a strange immunity to silver.

The recaps were much less in this book which made listening so much better.  This was as funny and adventurous as the first book in the series and I'm looking forward to seeing how they tackle the issue of Fred's silver immunity in the next book.

review 2019-08-27 01:04
Review: The Utterly Uninteresting and Unadventurous Tales of Fred, the Vampire Accountant 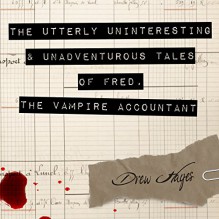 I expected to be amused with this and I was.  The stories were all told via journal entries.  Fred was turned into a vampire a year prior to the start of the entries.  He was a normal, boring guy who worked as an accountant.  He was overweight and awkward as a child and of course bullied.  The first opportunity he had to leave his small town, he did and never looked back.  Well, almost never.

As a vampire, the only thing that changed for Fred was that he was relegated to a liquid diet, which helped with weightloss, and he had to open his own accounting firm, as he could no longer go into the office, because he would burst into flames in sunlight.  Fred's boring life as a human carried over to his unlife as a vampire.  The vampire who had turned him disappeared immediately, so he had to learn how to live as a vampire on his own.  Poor Fred realized that his life was uneventful and decided to take a risk and accept the invitation to his high school reunion.

From there Fred falls into one ridiculous situation after another.  At the reunion, he reconnected with his only friend from high school, who works for an agency that polices supernaturals, or parahumans, that step out of line.  Then together they stop a pack of werewolves from eating all of their classmates.  They begin dating and keep falling into shenanigan after shenanigan picking up new friends--some as hopeless as Fred--along the way.  They create their own parahuman family, who also happen to be trouble magnets.

The narrator did a good job capturing Fred's "voice" as well as the other characters.  My only pet peeve was that each new story started with a recap.  This would make sense in a series of separate but connected stories, but this is one book broken into sections for each story.  It was just a little annoying, but did not take away from the stories.