Log in with Facebook
or
Wrong email address or username
Sign up
Already on BookLikes? Log in!
Incorrect verification code
Please, check your email, the code to access your BookLikes blog was sent to you already.
Enter code:
« Back Send
back to top
Search tags: history-of-televison 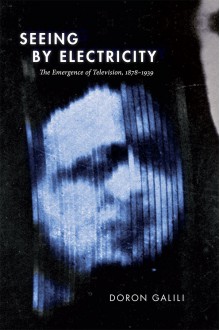 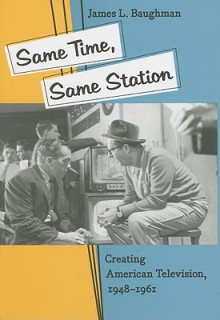 In the fifteen years after World War II, television went from an experimental form of broadcasting available to only a few to a national presence enjoyed by most American families. It was during this period that many of the parameters of television, from technological standards to advertising models and the dominance of the three networks, were established in ways that largely continue down to the present day. James Baughman's book is a chronicle of this formative period in the history of American broadcasting, one that explores both how television broadcasting industry came to be and why it developed the way that it did.

One of the key themes running through Baughman's book is that nothing about television was preordained. From its beginnings in the 1940s there were many directions in which it might have developed but for the choices made by people at the time. Perhaps the most basic was that of the broadcasters themselves, as the Hollywood studios (who, given their resources and personnel, might have seemed the logical starting point for developing programming for a visual medium) effectively conceded the development of television broadcasting to the radio networks. The two dominant networks, NBC and CBS, soon took the lead in developing content for a national audience. With many radio broadcasters disdainful and even fearful of television, a unique opportunity was presented for relative unknowns such as Milton Berle and Lucille Ball to become stars through the new medium.

The emergence of television as a medium for popular entertainment was not foreordained, however. Here Baughman focuses on Sylvester "Pat" Weaver, the head of programming for NBC in the mid-1950s. Convinced that television offered the promise of cultural uplift, he supported the broadcasting of operas, plays, and orchestral performances. Yet Baughman makes it clear that in the end ratings mattered, if not to Weaver than to the advertisers who paid for them. Though William S. Paley, the head of CBS, spearheaded the move away from the single-sponsor model (where one company underwrote the entire program, giving them considerable influence on the content) that had predominated radio advertising, the flexibility multiple advertisers provided to a program did not guarantee the support Weaver's programming needed. Instead the viewers gravitated towards variety shows, situation comedies, and dramas with continuing characters, dooming Weaver's vision and setting the pattern for programming with which we are familiar today.

Well researched and sharply argued, Baughman's book is a superb history of the development of television in America. His scope is impressive, encompassing executives, regulators, entertainers, and the nascent news sectors which would exert so much influence in the decades to come. For anyone who is interested in learning about what television was like when it was new and how it came to take the forms as it did, this is the work to read.