Log in with Facebook
or
Wrong email address or username
Sign up
Already on BookLikes? Log in!
Incorrect verification code
Please, check your email, the code to access your BookLikes blog was sent to you already.
Enter code:
« Back Send
back to top
Search tags: p-filthy-rich

Sabrina goes to Harvard on a scholarship. In her Ethics class she sees Weston King and falls for him so she goes to parties at the Keep trying to meet him. He always has someone so one night he forgets to latch the door leading to the bedrooms upstairs and she follows and watches him. She then becomes aware someone was watching her. She gets into a discussion the Donovan Kincaid who is the TA in her Ethics class. Later that night while waiting for an escort car she is rescued from attack by Donovan. Her thoughts then turn to Donovan. What is she to do?

I liked this story. I liked Sabrina. She is trying to to her best in school to keep her scholarship. Meeting Weston and Donovan does mess up her thoughts. Both are privileged and know it. Some bad circumstances cause Sabrina to go home. Then this ends on a cliff hanger. I have to get the rest of the series. 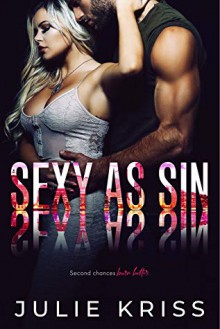 Heat and heart go hand in hand, each time Julie Kriss is pulling the strings. Sexy as Sin is for every heart that has lived with regret and hoped for a second chance. Dane is the endearingly, geeky smart ***. Ava is the brutally honest, bane of his existence that never quite gave back the key to his heart. Kriss proves she has what it takes to not only break a heart, but piece them back together long after the damage has been done. 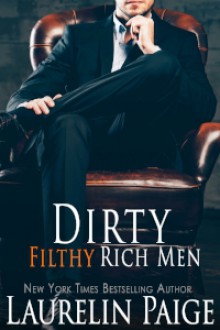 well that was... i don't even know what that was.... i can't even comprehend....
Like Reblog Comment
show activity (+) 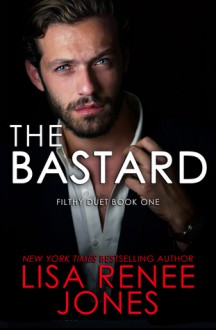 Eric Mitchell is the bastard son of Jeff Kingston.  When Eric's mom died of cancer and he had to go live with Jeff and his family, he was treated like an outsider.  Now Eric is out to prove that he is just as good, if not better than the rest of the Kingston's.

Eric's life is going well (he's almost a billionaire) until he see her....Harper Evan, the princess who is standing with the Kingston's.  She is the daughter of his father's latest wife, and his step sister.  The attraction between the two is instant.  After they spend some time together, Eric walks away.  He believes she is just like the rest of them and that is the last thing he needs.

6 years later Harper shows up at his office in New York wanting his help.  She believes Kingston Motors is in trouble and that something funny is going on.  It wouldn't be a big deal except Harper's mom took her trust fund money and gave it to Jeff to use.  Eric doesn't want to help but wants her to join his company instead, which she turns down.  After thinking about the situation, Eric ends up flying to Colorado to help Harper, not Kingston Motors.  This is when the fun begins.

There is something going on and Eric is trying to figure it out.  This story is such a mystery.  Just when you think you are figuring something out, wham, it changes directions.  I could not put this story down once I started reading it.  It does end on a cliffhanger and I cannot wait to see where this goes.