Log in with Facebook
or
Wrong email address or username
Sign up
Already on BookLikes? Log in!
Incorrect verification code
Please, check your email, the code to access your BookLikes blog was sent to you already.
Enter code:
« Back Send
back to top
Search tags: rippedbodicebingo 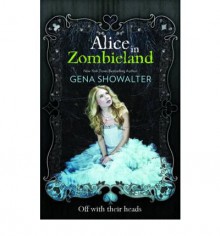 Alice lost her parents and younger sister in a car accident when she was 16 (on her birthday). Her dad saw things that no one else could see. After the accident, she moves in with her grandparents and changes schools.
While Ali went through a horrible time, she was a hard person to really like. I was more annoyed with her and her reaction to Cole. I thought Cole was awful. (But, hey, it's okay 'cause he's a hunter). Just more angst, angst, and more angst. Disappointed.
I read this for the Ripped Bodice's Summer Bingo and will use it for the broken nose square (it was mentioned once). It will also work for violet eyes (Cole's). 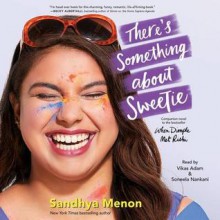 Ashish got dumped and now he's in a funk.  So, he asks his parents to set him up with a girl they think he would be compatible with.  See, ever since the break-up, his game has been off and he needs it back since he's one of the star basketball players.  He wants his mojo back dammit!

Sweetie is a track star, a good student, and is not so bad at carrying a tune.  She also happens to be on the plus size.  Guys have not been interested in her.

I was pleasantly surprised at how much I liked this!  Yes it's on the angsty side.  And shockingly, I think most of that was from Ashish.  Sweetie was the bomb.  There wasn't anything I didn't like about her.  She really grew throughout the book; expressing her opinions and recognizing her worth.  Her relationship with her mom sucked.  Imagine constantly being criticized because of your weight.  Nothing else matters, but what the number on the scale is and what other people think.  There are things that happen as the book progresses, and by the end?  Her mom has a change in attitude.

I loved this quote:  "She was power.  She was grace.  She was beauty.  She was totally kicking his ass." 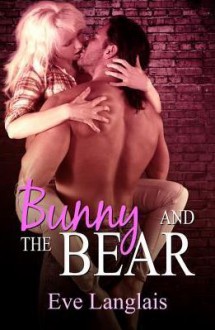 Hilarious. Miranda is part of the Furry United Coalition or FUC tasked with keeping shifters safe and their animal a secret from humans. She is tasked with keeping an eye on Chase, a bear. He happened to be on a list of shifters that were kidnapped and found dead later with signs of experimentation.
This was a good mix of hilarity, suspense, and of course romance. Miranda was dismissed because she's a bunny. Well, she has a secret about her animal half that was pretty good. This was fun and was what I needed.
For Ripped Bodice Bingo- next door neighbor. 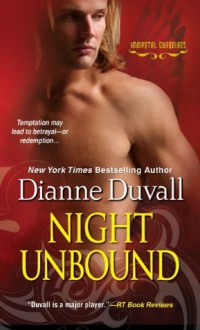 This picks up where the previous left, Dennis and the mercenary group are defeated. It turns out someone picked up where they left off and are training vampires to fight. These vampires are strong and prove to be difficulty to defeat.
I liked the new mystery. I liked seeing Seth's vulnerabilities. I liked seeing the previous couples from the previous books and the banter back and forth; this is a close knit family. Ami and Marcus's child is born. I was pleasantly surprised at how much I like Lisette and Zack as a couple. There are still many mysteries about "the Others" and what Zack and Seth are. These answers hopefully will be forthcoming in future installments.
Ripped Bodice Bingo: Both leads over 50 (probably not what they had in mind, but it fits!) 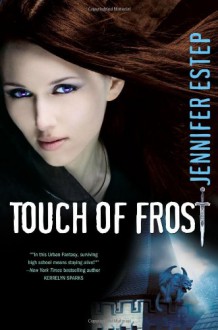 I've been meaning to start this series since I've enjoyed her "Bigtime" series. Nice shout out to Karma Girl BTW. If there was a shout out for her "Elemental Assassin" series- I missed it since I haven't started that one yet.
Gwen is a gypsy and she has the gift of psychometry. She can touch anything and get the history of the object, or feelings if a person. I found I was annoyed with Gwen for part of the book because of her disbelief of mythology (it's not real!). Come on, she has a gift, her mom, and grandmother too, so her whole attitude was aggravating. I thought she was judgmental, dismissive; however, by the end she was much less so. She learned, which was a plus.
I was a little disappointed in the shallowness of all the teenagers. Especially the girls. I am glad that Daphne was more than she seemed and made the first move towards friendship with Gwen. Morgan was called a slut so many times I didn't appreciate that (and the guys that slept with her? Meh.). On the flip side, Logan, was referred to a "man whore" a few times.
Not sure how I feel about (I'm assuming) the future love interest. On the plus side, it's a slow burn. On the negative side, he is openly dating (and I assume sleeping) with other people. Not. Crazy. About. That. I think Gwen deserves better.
Nice twist with the murder mystery, Jasmine, Nike, Vic, etc.
Oh and did you know Gwen's mom is Grace and she is a Gypsy?
YA square for Ripped Bodice Bingo (and that gives me a blackout!).