Log in with Facebook
or
Wrong email address or username
Sign up
Already on BookLikes? Log in!
Incorrect verification code
Please, check your email, the code to access your BookLikes blog was sent to you already.
Enter code:
« Back Send
back to top
Search tags: tbr-bought-but-untouched 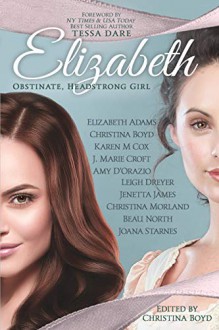 This was published today and announced its presence in my ebook library with a "Of course you'll want to start this now. Why else did you pre-order it?* look on its face.

So, I've decided to add it to my *Pride, Prejudice and Pastiches" reading challenge. It's the only short story collection in the challenge so I'm going to try and weave the stories in between the other books.

So far, I've only read the foreword by Tessa Dare, but even that made me smile. Here's a sample:

"This is the gift Jane Austen gave us in Elizabeth Bennet. She created a heroine in which “obstinate, headstrong girl” inhabits the same space as “dearest, loveliest Elizabeth.” Four strong qualities, all indivisible parts of a whole. She is opinionated and adored, stubborn and respected, imperfect and loved. Is it any wonder she has delighted and inspired readers for over two centuries? I’d go so far as to say Lizzy deserves credit for Mr. Darcy’s devoted following, too. We love Darcy because he’s smart enough to love Elizabeth—a woman worthy of being pleased."

My thanks to Olga for sharing her views on her ARC of this book. 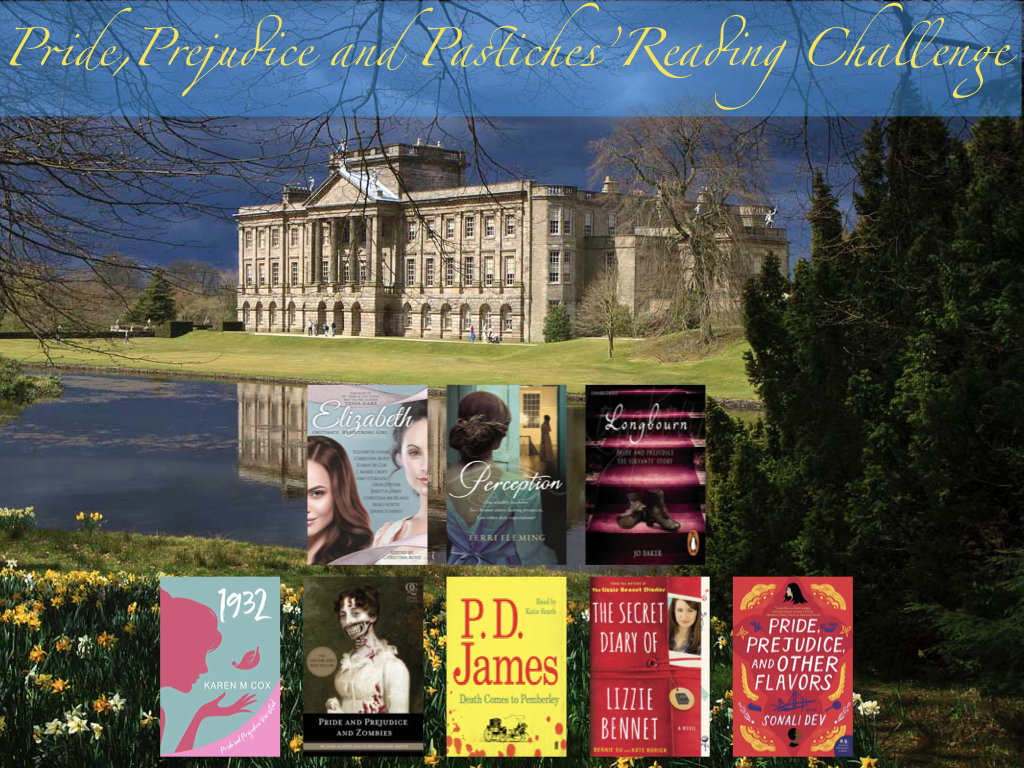 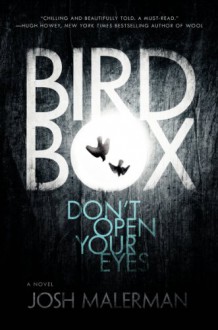 It's not in the gushing splatter of arterial blood or in staring into the eyes of a predator ready to pounce or in fighting for your life with something monstrous. These spike our adrenalin, call on us to fight or flee and then they are gone.

Real fear, the kind that eats at you with the slow relentlessness of rust, comes from living with a threat you cannot fight or run away from. Real fear, the kind that hunkers down in your mind and stays there, comes from being vulnerable and helpless for long periods of time, from knowing the threat is there but not when it will strike, from understanding that surviving the last hour doesn't lessen the threat of the next.

In "Bird Box" Josh Mallerman has created the perfect situation for extended exposure to deep, corrosive fear. He creates a world were seeing something, no one knows what, will make you kill others and then yourself. Where sight, the sense we all depend on most, becomes a threat, not a defence. Where anyone, including you, can become an enemy in an instant. Then he locks a group of people house that at first seems like a haven but slowly becomes a cage, and lets the fear fester and the tension build until threat is a constant unwelcome companion.

Early in the book, there's a scene with one of the men from the house fetching water from the well. He's blindfold but he's done this many times before. He's has a rope around his waist, held by a housemate. There are sticks to mark his path. He tells himself that if he follows the routine, he'll be safe. Then he thinks he hears... what? who? how close?

Malerman turns that walk to the well into a scene more heart-thumping than a face-to-face confrontation with the nightmare creature of your choice.

I won't reveal the plot but I will say that I stayed up late to finish "Bird Box" because I couldn't go to sleep without knowing how the book ended.

If you haven't read it already, I recommend it to you. It's as close to perfect as a horror book can get. The tension is almost unbearable. The fear is visceral. The people are real. The events, well they're a perfect mix of heartbreak and hope. 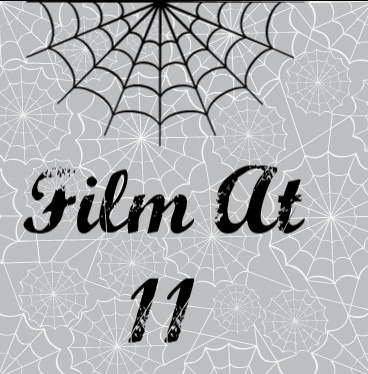 I stayed up late to finish "Bird Box", not because I wanted to read the book in time to blackout my bingo card, although it does that, but because I couldn't go to sleep without knowing how the book ended.

I'll write a proper review when I'm more awake. In the meantime, I'm just going to recommend that you read this if you haven't already. It's as close to perfect as a horror book can get. The tension is almost unbearable. The fear is visceral. The people are real. The events, well they're a perfect mix of heartbreak and hope.

My thanks to Char for bringing this one to my attention. 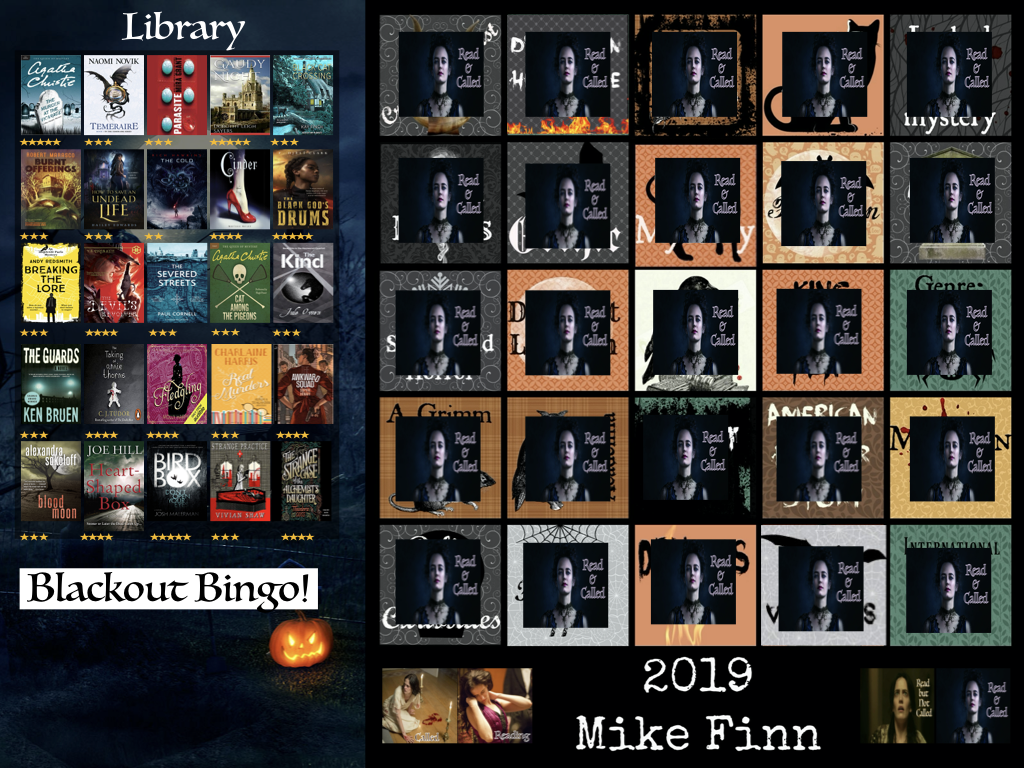 I've just read a scene with a man getting water from a well, He's blindfold but he's done this many times before. It's routine, until he thinks he hears. what? who? how close?

Malerman turns that into a scene more heart-thumping than a face-to-face confrontation with the nightmare creature of your choice. 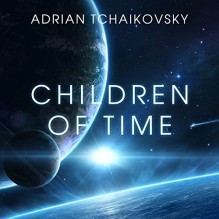 I'm surprised to find myself abandoning this book a quarter of the way through (a little over four hours of listening). I really enjoyed Adrian Tchaikovsky's "The Dogs Of War" and I expected "Children Of Time" to be even better. I settled down for sixteen hours of epic science fiction and found that although the scale was epic, I storytelling was flat.

The opening chapters, that set up the whole multi-millennia premise worried me, They were dominated by a cardboard cutout, mad-scientist character, walking through the action with all the conviction of the early episodes of Babylon 5. Then we got to the spiders. Spiders! Who the hell likes spiders? Well… I do it seems. Unlike the humans, they seemed real and interesting and unpredictable.

This left me wondering if Tchaikovsky made the humans so clichéd to make it easier to sell the spiders? Or was he just too bored by the early chapters to do more than sketch the people he was condemning to death? Or does he just have the kind of sense of humour that likes to deadpan the apparent end of the human race?

For a while, I didn't care. So what if the humans were naff? I wanted to know more about the (God help me) GIANT spiders.

By the time I got to the third generation of spiders and the next set of humans, I had a better understanding of what was going on and why this book won the 2016 Arthur C Clarke Award.

The premise of the story is a very clever way of looking at evolution (even when it's being interfered with by a human-crafted virus) from the perspective a view quite alien to the human way of thinking and then setting up a struggle for survival with humans whose history has left them desperate and weak and stripped of their hubris. It's one of the best ideas I've seen since Brian Aldiss' "Heliconia" books. The scale is epic both in terms of time and in the range of ideas. All of the thinking works.

I'm abandoning it, after four hours, because I don't care enough about the content to read through another twelve hours.

I think the scale is the problem. Tchaikovsky is more interested in describing the watch the blind watchmaker is building than in any of the moving parts. This means that the spiders quickly become interesting mainly as the vessels via whom the engineered virus transmits itself between generations and shapes the evolution of the species.

After a while, species, including humans, don't interest me. What happens to individuals in the species matters but when we look down across the vast sweep of history, people become footnotes at best.

Maybe, when the two storylines intersect, Tchaikovsky will deliver the same intense focus that I enjoyed in "The Dogs Of War" but I think this is one of those Science Fiction books that I don't get along with because they are too much of a thought experiment and not enough of a story.