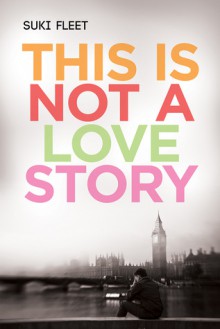 This Is Not a Love Story (Love Story Universe)
by: Suki Fleet (author)

Julian is barely two years older than Romeo. After running away from an increasingly violent homelife, he makes some difficult choices and ends up selling himself on the street to survive. Taking care of Romeo changes him, gives him a purpose in life, gives him hope, and though he tries to be strong and keep his troubles with drugs behind him, living as they do is slowly destroying him, and he begins to doubt he can be strong enough.

This is the story of their struggle to find a way off the streets and stay together at all costs. But when events threaten to tear them apart, Romeo knows he must find the strength within himself to help Julian (and not let their love story turn into a tragedy).
show less
Format: kindle
ASIN: B07Q47FFWM
Publish date: 2019-03-27
Pages no: 453
Edition language: English
Category:
Contemporary Romance, M M Romance
Series: Love Story Universe

9 years ago
http://PrismBookAlliance.booklikes.com Prism Book Alliance Reviews 5.0 This is Not a Love Story
text This is Not a Love Story
~ Book Review by ChristineRomeo and Julian are two broken teenagers living on the streets, surviving on the kindness of others and what little cash can be found through sacrifice and sheer will. Their history is slowly revealed through Romeo’s voice, as he tells of their meeting, their close calls, ...
See review
see community reviews