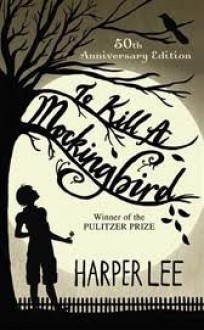 To Kill a Mockingbird
by: Harper Lee (author)

3 years ago
http://CarmillaVoiez.booklikes.com Carmilla Reads 5.0 Powerfully moving and honest.
text Powerfully moving and honest.
I honestly didn't expect to enjoy this half as much as I did. The voice of Scout is perfect and her observations of the people around town are astute and frequently witty. At the centre of the story is the unforgivable injustice against Tom Robinson and the ability of white people on the jury and co...
See review

4 years ago
http://mimiathereader.booklikes.com Mimia Reads & Talks 4.0 Mataram a Cotovia
text Mataram a Cotovia
3 things about this book:1. Makes us think about important things. And about the way others may see the same situations.2. It’s really interesting that the narrator is a child.3. Truly has amazing characters (Atticus, Scout, Cal, Boo, Jem, and I could go on...)
See review

5 years ago
http://jenn.booklikes.com Murder by Death 4.5 To Kill a Mockingbird
text To Kill a Mockingbird
Yes, I've finally read it. I'd managed to not read TKAM for decades because there was never a copy at hand and frankly, I was never interested enough to make any effort to acquire one. Until, as some of you know, I was at a library book sale last year and made an impulsive grab of a copy for $1, w...
See review

6 years ago
http://Burfoa.booklikes.com Burfobookalicious 4.0 Top 10 Literary 'Hero' Resides Here!
text Top 10 Literary 'Hero' Resides Here!
For such an acclaimed classic novel, I've come to it late. I know the the reputation of the masterpiece by Harper Lee and the centrality of the character, Atticus Finch. What I hadn't realised was that it's written from the perspective of his young daughter, Jean Louise, aka 'Scout' and I think this...
See review