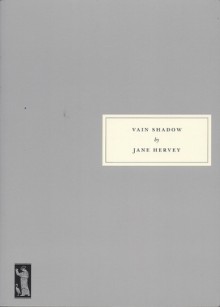 By the time her novel appeared, ‘women writers had begun to express themselves with more freedom and confidence than ever before’ writes Celia Robertson in her Persephone Preface. ‘So it was that it came out in the same year as Sylvia Plath’s The Bell Jar. The Pumpkin Eater by Penelope Mortimer and The L-Shaped Room by Lynne Reid Banks had been published just a year or so earlier. As a needle on the historical compass of the previous decade, it quivers with the anticipation of change, poised at the very end of what had gone before.

When the manuscript was first submitted to a publisher they complained that they couldn’t imagine why anyone would want to read about a funeral. But that is precisely this book’s appeal; people behave strangely and badly around death and a family funeral has a dark comic drama all of its own. The plot is simple; a wealthy family gathers at the family home (a 2,000 acre country estate in Derbyshire) in the aftermath of the patriarch’s death; to mourn him, bury him and read his will. Jane Hervey restricts herself to four chapters, corresponding to four days, and the weight of the novel lies in the relationships between the old man’s surviving wife and adult children as they begin to realise what his death will mean.

Jane Hervey is brilliant on the power play within a family: who gets what and who does what in the vacuum left by a dead parent. She observes the struggle between husband and wife, child and parent, older and younger siblings, those with status and those without and how that status is achieved. Her novel is restless with these constantly shifting positions as the characters jostle and bicker for advantage."
show less
Format: paperback
ISBN: 9781910263020 (1910263020)
Publish date: 2015-04-23
Publisher: Persephone Books
Pages no: 234
Edition language: English
Category:
Classics, Family

3 years ago
http://blahblahblah.booklikes.com Lillelara 3.0 Vain Shadow
text Vain Shadow
The premise for this book is a simple one: the patriarch of a rich family dies and his children gather on the country estate to deal with the aftermath of the fathers death. The book is told in four chapters, each chapter spanning over a day leading up to the burial. Within the chapters we jump be...
See review
see community reviews