Log in with Facebook
or
Wrong email address or username
Sign up
Already on BookLikes? Log in!
Incorrect verification code
Please, check your email, the code to access your BookLikes blog was sent to you already.
Enter code:
« Back Send
back to top
Search tags: francais 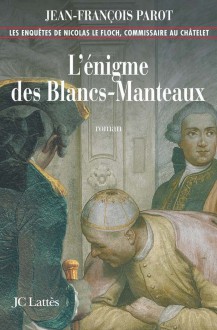 I should write this in French but I don’t feel like it. Overall it was ok but not great, and the series has potential. My main issue with this book was that it took forever to read. It may have only been just 300-some pages, but it felt like almost a thousand. Now, I don’t know whether it was the long chapters or the fact that I was reading it on my ereader and it might have gone better had I opted for print…maybe I’ll try to get a physical copy of the next in the series. Or maybe I should read the next one when I haven’t just bought some new computer games.

There were also some rather convenient coincidences and a tendency for prisoners to die by suicide while in custody. Admittedly, it wasn’t always convenient when they died, but as a wrap up it felt weak. I’m not sure I’d call it predictable but I did guess right in several instances.

Don’t get me wrong, I did enjoy reading this as a buddy read! I just wasn’t too impressed by it and hope the next one is better fleshed out.

Things are getting interesting, but I could have done without the description of the execution. Gratuitous, much?

I keep taking too long with my books for BL-opoly and Snakes and Ladders so I haven't been able to fit in much of this book. I'm sorry. 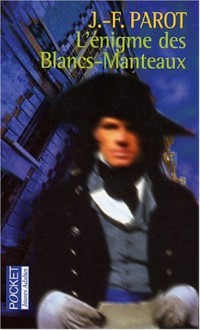 Between last night and today I finally managed to find the time to get halfway through the book (a historical hard-boiled, in a way) and I can say I’m quite enjoying it. Hopefully, since these days I’m finally having some free time, I’ll be able to finish it for good.

Not making much progress, but at least I found some time to read this book for a bit tonight. Of course, that puts me behind on my other books, but oh well. Il faut que j'avance au moins un peu. I have to advance at least a little.

All I can say is that it must have been some carnival the year before. And is Isabelle's Nicolas's sister or something? Did her father have a fling with his mother and then have her abandon him in the cemetery?

Oh and I have a soupçon about who was in that barrel.

I have to agree that this was just an extended introduction/prologue. Actually, this is probably why we had that prologue the way we did, to try to convince the reader that yes, there was going to be action beyond almost getting run over by coaches and getting your only socks splashed by street "mud". (Ok, he had another pair of socks, but he was saving them).

My impression was that the first half of the chapter was drier and then it got more readable, so I'm hopeful that I'll start getting more into it once something actually starts happening.