Log in with Facebook
or
Wrong email address or username
Sign up
Already on BookLikes? Log in!
Incorrect verification code
Please, check your email, the code to access your BookLikes blog was sent to you already.
Enter code:
« Back Send
back to top
Search tags: miscellaneous 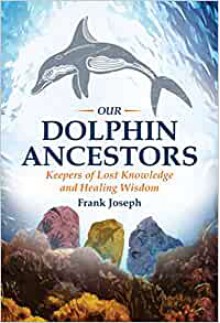 TITLE:  The Six Secrets of Intelligence:

"Some people have something to say in any conversation and can spot the hidden angles of completely unrelated problems; but how do they do it?

So many books, apps, courses, and schools compete for our attention that the problem isn’t a lack of opportunity to sharpen our minds, it’s having to choose between so many options. And yet, more than two thousand years ago, the greatest thinker of Ancient Greece, Aristotle, had already discovered the blueprint of the human mind. Despite the fact that the latest cognitive science shows his blueprint to be exactly what sharpens our reasoning, subtlety of thought, and ability to think in different ways and for ourselves, we have meanwhile replaced it with a simplistic and seductive view of intelligence, education and the mind.

Condensing that blueprint to six 'secrets', Craig Adams uncovers the underlying patterns of every discussion and debate we’ve ever had, and shows us how to be both harder to manipulate and more skilful in any conversation or debate – no matter the topic."

Craig Adams 'six secrets of intelligence' are deduction, induction, analogy, reality, evidence and meaning.  Adams provides the definitions and examples of the basic concepts and shows how this knowledge is useful in spotting and dismissing illogical statements.  The second half of the book deals with the modern education system and how it fails to teach the trivium (grammar, logic, rhetoric).  There is some interesting stuff in this book, but the organisation is a bit erratic with too much repetition and not enough examples.

With the Miscellaneous Retail Executives List, we offer a highly comprehensive contact database of the professionals or businesses related to the miscellaneous retail industry. It managed a 4, in spite of itself.

I don't understand how readers are able to read a book in a series on its own merit without factoring in things that make it not fit right, or raise questions elsewhere. I always make note on how the book fits in the series. This one, because it essentially combines 2 series while setting up a third, will get more comments.

The book:
I'd said after the last one that if Victor wasn't crawling on broken glass, I was going to be upset. He didn't and I am. I feel like the h's being an empath and his bombarding her with a whole lot of emotions, coupled with the Prakinski bond, was used to sweep everything under a rug (I actually hlf expected him to use that to get in her pants at that point, even though she was freaking out and telling him to leave NOW). The only way she had of keeping him at bay was to disappear. No idea where she disappeared to as we aren't privy to that info.

And then...they have sex and everything is all better now. Not magic pen so much as MWOP in this instance.

Of course, the elephant in this particular room - why the guy who, along with his band of merry men, slipped into a house and executed her stepdad's partner, needed to USE her (yes; I did that use that word) to get close to dear old step dad in the first place, let alone how he carried out his assignment - blow the guy away right there at the dinner table - was never covered. He felt...horrible...that the h's mother (alcoholic, mentally imbalanced Sister of the previous generation of Drakes) attacked her several months later and beat her so badly that she lost their baby. He was...upset...that crazy mother had passed the letter on to stepdad's friend (that he'd laid in the middle of the bed? Why? For a supposedly intelligent man, that was rather stupid).

Tie-up to Sisters series...ok. I mean; I could do without his threatening his brothers, etc. And I'm really tired of the whole human trafficking/pedophile theme. In this book, I think I could have gotten utterly plastered drinking every time the word "pedophile" appeared.

Tie-up with both series:
Both elephants in those particular rooms are finally addressed - how 13 psychic women could live in close proximity with each other and form 2 bands whose paths never crossed, and how 6 brothers could also live in the same area and never see each other. That said, while I might believe Blythe's reason for avoiding her cousins, I fail to understand how the other 5 have avoided the Drakes, and I really don't understand how the brothers have managed to avoid a meeting before now. But then again...

We're told that the 6 Sea Haven books took place in the 2 months following Ella's book. Seriously? Does she realize that's a new Prakinski arriving every 2 weeks? That Rikki's book alone took longer than that? That there's no way the brothers couldn't be tripping over each other while trying to solve their women's problems *and* meeting their women? Actually, that's not 2 weeks, more like a week and a half, and we know there was more time because Victor had seen Casimir in Europe several weeks ago, along with Lissa, and Lissa was still around for the previous book. Not to mention all this psychic activity within such a short time period would have clued the bad guy in that there was some serious psychic competition here (and laid waste to the town, seeing as how it came in so many bursts in such a short time period)

And now, I'm done. No interest really in reading any more. I mean; the characters from the new series sound interesting, and at least they aren't all men BUT...I've had a bellyful of overbearing, borderline psychotic men browbeating women into accepting them.