Log in with Facebook
or
Wrong email address or username
Sign up
Already on BookLikes? Log in!
Incorrect verification code
Please, check your email, the code to access your BookLikes blog was sent to you already.
Enter code:
« Back Send
back to top
Search tags: 13-Little-Blue-Envelopes Ginny Blackstone never thought she’d spend her summer vacation backpacking across Europe. But that was before she received the first little blue envelope from Aunt Peg.

This letter was different from Peg’s usual letters for two reasons:

1. Peg had been dead for three months.

2. The letter included $1000 cash for a passport and a plane ticket.

Armed with instructions for how to retrieve twelve other letters Peg wrote—twelve letters that tell Ginny where she needs to go and what she needs to do when she gets there—Ginny quickly finds herself swept away in her first real adventure. Traveling from London to Edinburgh to Amsterdam and beyond, Ginny begins to uncover stories from her aunt’s past and discover who Peg really was. But the most surprising thing Ginny learns isn’t about Peg . . . it’s about herself.

Everything about Ginny will change this summer, and it’s all because of the 13 little blue envelopes.

As the release dates for the adaptations of the final books in The Maze Runner series and the Divergent trilogy approach, people are hungry for the successor to the young adult franchise throne. After The 5th Wave movie adaptation yielded less than expected in the box office, some film analysts have written that no YA adaptation could truly follow in the footsteps of The Hunger Games, Twilight, and Harry Potter and that the young adult adaptation market was dead.

(Will future films ever reach the level of success that those "Big 3" did? I don't know that anyone can make a prediction of that magnitude, but films like Divergent, Maze Runner, The Fault in Our Stars, If I Stay, Paper Towns, etc. were still considered successful even without becoming a "Big 3." And I do think that future films have, at least, the potential to reach that level of success.)

Most of the aforementioned articles, though intended to analyze the future success of the YA adaptation market, fail to take into account the perspective of its target audience, avid fans of young adult books. While they may not live up to the massive success of Harry Potter, these adaptations have the potential to do well and have even caught the attention of Hollywood studios.

Here's to hoping that they're greenlit soon. 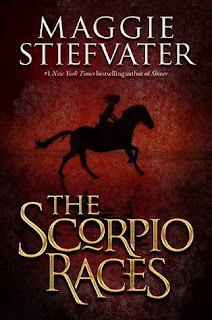 1. The Scorpio Races by Maggie Stiefvater: Every November on the fictional island of Thisby, its inhabitants compete in a dangerous race riding legendary, deadly water horses.

Movies like War Horse (also an adaptation) and Seabiscuit prove that there are plenty of filmgoers who find stories focusing on horses compelling. Like Stiefvater's writing, the story premise has a cinematic quality, and may appeal to fans of The Hunger Games who don't necessarily want another dystopian tale but appreciate the danger inherent to The Scorpio Races. Stiefvater would appeal to Hollywood backers looking for an already established fandom; she has sold millions of copies of her books and maintains an active online presence. As for merchandise, which has typically been associated with several YA films, I can picture water horse stuffed animals and the ribbons that riders wear sold alongside the t-shirts and artwork that would accompany any film. Stiefvater has also posted a recipe for November cakes, a treat written into the culture of Thisby.

Status: In September 2015, Focus Features announced that Matt Sobel would direct The Scorpio Races based off the screenplay written by Jack Thorne. Technically, The School for Good and Evil is middle grade, not young adult, but it should still appeal to YA fans, especially given its premise. The success of series like Marissa Meyer's The Lunar Chronicles and Sarah Maas' A Court of Thorns and Roses prove that the young adult market remains interested in fresh spins on fairy tales while popular TV shows like ABC's Once Upon a Time (now in its sixth season) highlight the interest of a mainstream adult audience. The School for Good and Evil also has its own legion of fans: in a promotional article for the trilogy's conclusion, which was published in July 2015, Publisher's Weekly reported that over 500,000 copies had been sold worldwide. Soman Chainani hosts an online Youtube show, Ever Never TV, to promote the books and interact with his fans.

Status: Universal Studios optioned The School for Good and Evil, but as Chainani wrote on his website this past January, the script is currently being rewritten. 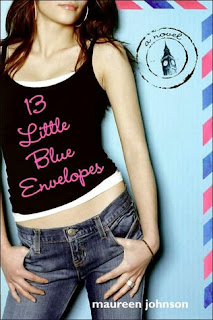 3. 13 Little Blue Envelopes by Maureen Johnson: A girl follows travel instructions written in envelopes from her dead aunt, which she must open one by one, and backpacks through Europe without a cell phone or guidebook.

I was in eighth grade when the Sisterhood of the Traveling Pants adaptation was released, and I can still remember my excitement. Capturing a similar adventurous summer feel, 13 Little Blue Envelopes is in the unique position as a YA contemporary novel of appealing to fans who don't want another teary If I Stay or The Fault in Our Stars but who liked the recent journey-focused story in Paper Towns. Fans of 13 Little Blue Envelopes will love watching the characters come to life onscreen while a wider audience, unfamiliar with the novel's contents, will be caught in the suspense of not knowing what instructions the next envelope would contain. All moviegoers can imagine what adventure they would plan or take with their own set of envelopes. As one of the early YA writers and a close friend of YA author celebrity John Green, Maureen Johnson has a significant fanbase that should also draw Hollywood's attention.

Status: In conjunction with New Line Cinema, Alloy Entertainment purchased the rights to develop 13 Little Blue Envelopes as a feature film in April 2015. 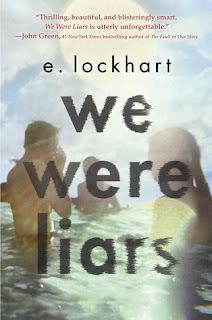 4. We Were Liars by E. Lockhart: A girl no longer remembers the tragedy that happened at her family's summer home but seeks to discover the truth behind all the lies.

The rich setting -- a private island off the coast of Massachusetts -- calls to mind the previously successful adaptation of Gossip Girl and the notoriety of the Hamptons and Martha's Vineyard. Slipping into the lives of the wealthy Sinclairs enables a kind of escapist fantasy even as the truth and the main character's confusion lend a heartbreaking edge to the suspense of what happened two summers ago. Random House came up with a catchy slogan to encompass the fanbase: if anyone asks you how the book ends, just LIE. Like Maureen Johnson, E. Lockhart is a well-established YA author and friends with John Green, whose blurb on the first edition proclaims that We Were Liars is "utterly unforgettable."

Bonus: Nimona by Noelle Stevenson, The Fever by Megan Abbott, This Is Not a Test by Courtney Summers, Red Queen by Victoria Aveyard, The Young Elites by Marie Lu, Throne of Glass by Sarah J. Maas, Shatter Me by Tahereh Mafi, Famous in Love by Rebecca Serle, and Just One Day/Year by Gayle Forman are also movie and tv adaptations widely held as promising.

Bonus (X2): Set for 2016 releases, the tearjerker A Monster Calls by Patrick Ness, fan-favorite Fantastic Beasts and Where to Find Them by J.K. Rowling, and star-studded Miss Peregrine's Home for Peculiar Children by Ransom Riggs look like promising adaptations as well. And this year we can prove to all the naysayers of YA and YA films that no, they are not dead even if they don't reach the "Big 3" level of success.

Ah, but now you're asking, "So, Christina, what are you trying to do? Is this a call to action? Is this a letter to studios? Are you updating all of us on the status of these films?"

It sort of is a call to action. I wish studios were listening. Sometimes I think that what gets made into a film, or what's optioned, are things that I can't ever actually imagine playing out on the big screen - like whoever optioned the book wasn't actually envisioning the movie but just keeps hoping for the success of the Big 3.

Do you think that those adaptations will be successful? What books would you add to the list?

Even though I normally don't like this sort of books, I did want to read this book a few years ago. One of my friends read it and told me about it. And I got interested in the story.

Ginny gets a stack of letters from her deceased aunt urging her to make a tour around Europe, opening one letter at a time.

After reading I thought that the story was original but completely unbelievable. There are happening so many weird things but nobody seems to care about that. For one, what kind of parent would not object to this ridiculous scheme? Especially since she's not allowed to contact them. I enjoyed reading, it was an easy read.. You could read it rather fast, but I was not blown away by it. However I still bought her second book as well, but still need to read that one (after I think seven or eight years). I now saw there apparently is a sequel to this one, The Last Blue Envelope, but I don't think I'll go and read it.

Note: I read a Dutch translation of this book. This book was very good! I loved reading about her journey! She met a bunch of interesting people along the way. I love the idea of this book. I can't wait to read the next one!
More posts
Your Dashboard view:
All Reviews Text Photo Quote Video URL Activities
Liked posts Top Tags
Press About Terms of Services Privacy Policy Contact Us Blog FAQ Patronaty medialne BookLikes for Authors Partners panel more...
Team Themes Docs API Blogs
Copyright © 2022 BookLikes