Log in with Facebook
or
Wrong email address or username
Sign up
Already on BookLikes? Log in!
Incorrect verification code
Please, check your email, the code to access your BookLikes blog was sent to you already.
Enter code:
« Back Send
back to top
Search tags: 15-weird-questions-tag

Hey, hey. Today I thought that I'd do the 15 Weird Questions Tag that I saw on Ameriie's channel. If you've ever wanted to know more about me, the blogger behind the blog, here's a little insider's chat.

1. A nickname that you get called.

Stinkle, Tinkle, Teenie, Tina, Xtina, Crystal, Kawthar, Hoots. Stinkle comes from a friend calling me Stinkleberry (I don't remember how we both got onto food nicknames), which she's then shortened to Stinkle. Tinkle is from that. Teenie, one of my friends said she just thought was cute and the other said that it fit me really well. Don't really know what that means but I like it anyway. Tina is what my family all calls me, plus my guy friends tended to do that too. Xtina is for all the people too lazy to write Christina but who don't like Tina. Crystal was what an Arabic professor called me, as if Crystal was an actual Arabic name lol. Kawthar was the name my actual Arabic professor called me. Hoots--my best friend was reading William S. Burroughs in high school and gave us Burroughs inspired nicknames.

When you're alone, do you ever get the urge to dance? Not even really dance. It's almost like I'm performing for an audience but the audience is just me. And then when I realize what I just did -- like a slow gif montage -- I'm like wtf?

I feel like a lot of my phobias have been made mainstream (e.g. insects, sharks, crocodiles, the dark). As a kid, I used to run up the stairs, especially when it was dark, because I was afraid that an imaginary tiger was chasing me. In pools, I hated those bulging lights underwater because I was afraid they would metamorphize into sharks. Also that sharks would somehow come up out of those drains. My family loves to tell the story of when I was four-years-old, woke up crying, and kept saying that an alligator had bitten my finger off, waving my still very intact pinky in their faces. 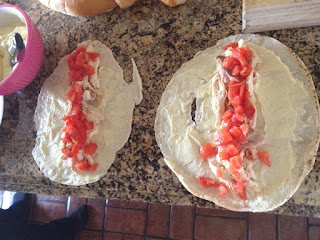 4. A song you are ashamed to like so you blast it in private.

Here's a secret: I don't listen to a lot of music. I first started listening to music in eleventh grade, when I'd gotten fed up with not knowing what my friends were referring to. I went to a couple of concerts. Occasionally I look up music from tv shows and other pop culture, but do I actively pursue a lot of albums or artists? Nah. So I guess this means I'm not really ashamed to like anything because I'm not invested enough.

Just one??? And yet I can't remember any now. Hmmm. Smacking. When people don't hold the door open for others--and no, I don't mean "chivalry" from men. I mean everyone. It's just common courtesy. When multiple people are walking on the sidewalk and they don't move to make way for someone walking in the opposite direction. C'mon. You're really going to make me walk in the grass or snow because you can't be bothered to move for ONE moment? Common Courtesy, again.

I don't think this counts as a habit really, but when I get nervous, my hands get bone cold. It's like my body is saying, hey, send all the blood from the doofus's hands into her brain, she's going to need it. I guess I'm the typical nervous presenter where I say um a lot, fidget on my feet, etc.

7. What side of the bed do you sleep on?

I didn't realize this until now, but I have almost always slept on the left side. I don't think I'd care either way though.

8. The name of your first stuffed animal.

I don't know that this counts, but my brother had a white polar bear stuffed animal he called Marco Polo. And that's really the only stuffed animal I remember holding. 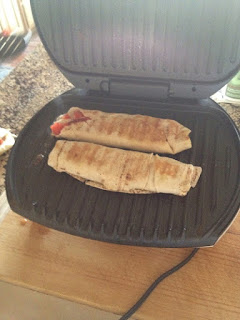 9. What do you buy at Starbucks?

Cafe mocha or the chilled, pre-packaged fraps. I'm all about the chocolate syrup to make coffee taste better.

Roll out of bed.

11. Which way do you face in the shower?

What does this mean? Is there a special way to face in the shower?

I don't know that I have any. I can roll my tongue. I think someone once got freaked out when she saw how I could push my thumb back. Something about double joints? I don't know. People get freaked out kind of easily.

14. A word or phrase that you say all the time.

I used to say No Shit, Sherlock a lot because of my brother. Then it was coolio. Then rawr. I don't know what I say anymore.

If you want to do this tag as a sort of "let's get coffee, get to know me" post, go for it! Consider yourself tagged by me and come back and leave the post for me to read :). Do we share any weird habits? How would you answer these questions? Let me know!