Log in with Facebook
or
Wrong email address or username
Sign up
Already on BookLikes? Log in!
Incorrect verification code
Please, check your email, the code to access your BookLikes blog was sent to you already.
Enter code:
« Back Send
back to top
Search tags: 2015-audiobook-read 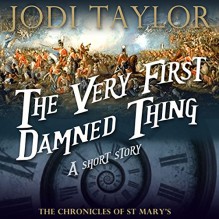 This prequel short story for Jodi Taylor's The Chronicles of St. Mary's time travel series is free now on Audible, even though the Kindle version hasn't been released yet and will be $.99 in the US when it is.

It's also read by Jodi Taylor herself, and she's a great narrator. There are about 4 other short stories connected to the series, and all of them are currently being offered for no cost on Audible. 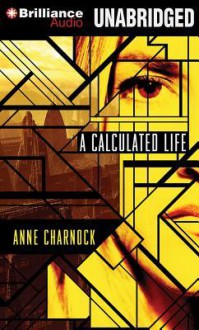 This is a slow starting but ultimately moving  “wow!” of a story, set in a dystopian future Manchester with three types of “humans”: humans with a moderate amount of genetic engineering to help them resist social evils like addiction, genetically engineered humans who have been enhanced with implants to make them smarter, and simulants or “created” humans who have been completely bio-engineered to have beyond genius level brains that can process huge amounts of data for their employers. Simulants, of course, have never been children and they have no families, so they live in regulated dorm-like residences. There has been some tinkering with the simulant models to make them more personable, but giving them a larger emotional scope could backfire by decreasing their functionality, so they are carefully monitored for any deviations.

Jayna, one of these newer simulants, uses her stellar data crunching skills to forecast social and economic trends at the offices of Mayhew and McCline where she tries to interact smoothly with both types of more normal humans.These humans interest her greatly in spite, or maybe because, of the fact that she often has to correct their faulty work, and the slow start I mentioned is no criticism because it’s fascinating to be inside her head as she interprets the world around her.

Jayna starts to believe that both her personal life and work-related predictive skills would be enhanced by experiencing more variety and  texture, which draws her slowly into an increasingly dangerous relationship with Dave, an un-implant-enhanced human who works in the company archives but has a side business selling honey. Dave’s grandfather had been a rebellious, freethinking college professor, placing Dave very low in the social hierarchy, so he lives in the high-rise, slum-like outskirts of town, past the comfortable upper middle class houses of humans with implants, and beyond the citrus groves that must be part of the English landscape as a result of climate change.

As new understandings and sensations open to Jayna--some as simple as the smell of a fresh brewed cup of coffee--she feels compelled to continue her risky encounters with Dave, but if she’s caught she could be wiped clean and reprogrammed by “the constructor”, the entity who supplies the simulant workers to businesses.

The author creates a strong connection between hyper-intelligent but naive Jayna and the reader--though anxious about the possible consequences of Jayna’s actions I was cheering her on--and the world building of this chilling, socially stratified future Manchester is excellent, and introduced naturally through Jayna’s interactions with the people who work at her office and the simulants who share her housing compound. The building tension of the story kept me hooked, and the ending left me a lot to think about. I listened to the well done audio version of this unusual but compelling book. 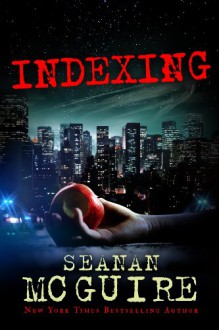 Fairy tales are real! And that’s not a good thing. Do we really want whole towns falling asleep for 100 years because a Sleeping Beauty’s story has gone active? In this book fairy tales are like a constantly mutating force of nature that’s trying to manifest in our “real” world, so of course there's a secret government agency, the ATI Management Bureau, whose agents spend their time running between  potential story disasters in the struggle to keep us all safe.

Most of the members of the team we follow have had their own lives almost derailed by fairy tales--there’s a Snow White (who’s haunted by the smell of apples and pursued by determined woodland creatures), a cobbler elf (who’s constantly trying to make, fix or organize things), an evil stepsister (who has to suppress her natural urge to kill other team members) and a Pied Piper (who’s new on the job and is having a hard time adjusting to her changed reality.)

The book has an urban fantasy tone that’s light on romance, somewhat dark, often funny, and very imaginative. Seanan McGuire knows a lot about fairy tales, myths, and nursery rhymes, which she uses to great effect. As a bibliophile I can’t resist a good “stories are real!” motif (another example being Jasper Fforde’s Thursday Next series.) Indexing began its life as a Kindle Serial, with chapters released every few weeks, but I listened to the audio version, narrated by Mary Robinette Kowal, who is fantastic at giving each character a distinctive voice--a great boon since I was “reading” while driving. 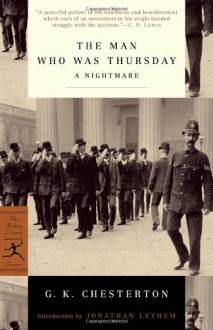 I really enjoyed this, but couldn't begin to explain it. It's sort of like an appealing but absurd poem with religious and philosophical undertones. 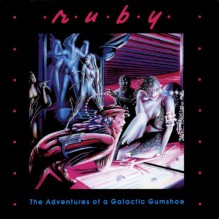 Created as a radio series in 1982, this humor filled, fast paced, outer space, sci-fi adventure really jazzed up my daily commute. Ruby the Galactic Gumshoe is hired to find out who’s been manipulating the media on the 6-mooned planet Summa Nulla (crossroads of the galaxy, highpoint of nothing), and she’s just the dame for the job. Savvy, tough, and with a well developed sense of irony, none of the weird planetary inhabitants faze her--not the mustachioed informant with tentacle appendages who wants to shake “hands”, not the pun-loving mole creatures who excavate ancient underground cities that keep caving in whenever she’s around, and not the sexy android who sicced slimey genetically engineered assassins on her. Actually Angel Lips (the sexy android) and the slime assassins do exasperate Ruby, but Ruby handles them all with her usual sharp witted determination.

There’s about  three hours of audio story with very cool high-tech sound effects, stunning other-world “visuals”, occasional musical interludes by the Android Sisters, and witty repartee worthy of a movie comedy from the 1930’s-40’s. It’s broken up into 3 or 4 minute sections and there’s sometimes a little repetition of plot points since it was originally broadcast in a serial format, but if you also have to keep your mind on something else--like driving--that’s actually an advantage. The Adventures of Ruby the Galactic Gumshoe and its nine or so sequels(!) are available on the ZBS website and Audible.