Log in with Facebook
or
Wrong email address or username
Sign up
Already on BookLikes? Log in!
Incorrect verification code
Please, check your email, the code to access your BookLikes blog was sent to you already.
Enter code:
« Back Send
back to top
Search tags: 20th-century 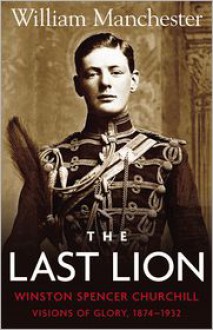 Before he became the face of the dogged determination in World War II and the voice of inspiration for the British people, Winston Churchill was a scion of a noble family looking to make his mark and coming close on many occasions.  The Last Lion: Winston Spencer Churchill: Visions of Glory, 1874-1932 is the first volume of William Manchester’s biographical trilogy which deals with Churchill’s early life and his adventurous political career until he was shunned by power and entered the political wilderness.

A scion of the ducal Marlborough family, Winston Spencer-Churchill was the eldest son of a second son and his American wife.  Before even getting to Winston’s birth and life, Manchester paints the social, cultural, and political landscape he would be born into, be indoctrinated to believe in, and defend his entire life.  Throughout his life, Winston would use the connections of his parent’s friends and acquaintances to advance himself early in his career while a boon to his military and early political careers it hardly made up for the fact that both his parents were aloof to his existence even for the times of the British upper class.  Manchester relates Winston’s school misadventures and horrible academic record for the classical education expected off one of his station, but while he failed to understand Greek or Latin his “remedial” studies of English year after year would serve him the rest of his life as a journalist, author, and speaking in Parliament.  While he served in wars in the frontier of the Empire, first in India then in Sudan, and afterwards in South Africa he initially went there as a “journalist” but used his military rank to join battles or was recruited by the commander on the spot to lead men.  Upon the completion of the Boer War, during which he was taken prisoner and escaped, Winston entered politics in his eyes to take up his late father’s torch.  Once on the floor of the House, Winston’s speeches were events to be listened to and to be written about in the papers.  His familial connections got him in touch with the high circles of the Conservative party, but the issue of Free Trade and his own “radical” views on issues made him become a Liberal and soon found him apart of the new government the party form and would be until after the events connected with Gallipoli during the First World War resulted in him taking to the trenches on the Western Front.  After a return to a position in the Government, Winston soon found him edging away from the Liberal Party that was dying in the face for the rise of the Labour Party and soon returned the Conservatives to be among their new Government.  Yet the same tensions that made Winston leave the Party in the first place were still there but with more animosity but it was the issue of India sent Winston still a Conservative into the political wilderness that many of his political adversaries believed him to be finished, especially at his age.

In nearly 900 pages of text, Manchester not only details the first 58 years of Winston’s life but also the times he lived in while slowly setting things up for the final volume for the events in which he is most well-known to the public today.  There seems to be a bias by Manchester towards Winston that does make it through to the page instead of a little more balanced writing in places, however Manchester does not shy away that Winston’s views and words around the India issue essentially were racist even though at the time it was common thought by many in Britain.  Manchester gives balanced view of Winston’s relations with the working class while at the same time revealing why Labour and the press said he was against them.  The account of the Dardanelles and Gallipoli campaign that is always blamed on Winston is given fully fleshed out including what actions Winston were accountable for and those he was not and why it was he that the failure was attached to.

Visions of Glory, 1874-1932 reveals the times and environment in which Winston Churchill was brought up and how they shaped him as he entered politics and attempted to rise to power.  William Manchester gives a full picture of a young then middle-aged politician whose life was a roller coaster that influenced the British Empire its domestic and foreign affairs, but never held ultimate power and seemed never to.  If one wants to know Churchill this book is a great place to start. 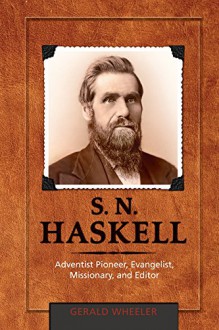 A scion of New England culture who join a new faith born from the same location, his influence upon the Seventh-day Adventist church has been profoundly positive though in his zeal to defend it has had some negative consequences.  S.N. Haskell: Adventist Pioneer, Evangelist, Missionary, and Editor is Gerald Wheeler’s second book of the Adventist Pioneer series as he follows the life of Ellen White’s most ardent defender and the impact he had on the church as well as how the times he grew up and lived in influenced him.

Wheeler begins his biography of Haskell by how he married his first wife Mary who was over two decades older than he was before describing the upbringing in the small New England town that made Haskell agree to this marriage even though he was about to become a preacher.  After beginning preaching, Haskell interacted with Seventh-day Adventists and investigated the Sabbath then began keeping it though it was a visit by Joseph Bates that truly converted he and his wife.  Once an Adventist, Haskell through himself into everything he could within the denomination from preacher to eventually administration—serving as president of three conferences at the same time across the country at one point—as well as writing articles from various publications.  Though at first opposed to the Whites, because of his own dictatorial attitude but once confronted by Ellen through of her testimonies to him that opposition changed to become Ellen’s greatest defender.  Wheeler relates Haskell’s career and its impact his first marriage in which his wife stayed at home and how things changed during his second marriage to Hetty who traveled with him around the world.  Wheeler also goes into Haskell’s writing, marketing, organizational, and missionary endeavors throughout the book in which like many Adventist pioneers they were jacks-of-all-trades for the denomination.  Throughout the last third of the book, Wheeler relates Haskell’s defending of Ellen White’s ministry in various ways but most particularly with the “daily” controversy and W.W. Prescott whom he did not trust, but his arguments in defense of White’s ministry injected elements of Fundamentalism into the denomination that would causes issues within the denomination at the end of this life and long afterwards.

Throughout the book Wheeler emphasizes the cultural background of various regions of the United States as well as the historical events happening in the nation and other nations that Haskell did missionary service in that influenced his time there.  In the chapter end notes Wheeler would list numerous books that would further inform the reader about the cultural and historical trends that not only influenced Haskell but the Seventh-day Adventist Church as a whole.  While Wheeler does discuss Haskell’s distrust of W.W. Prescott and his role in the “daily” controversy as well as the implications of his arguments in opposing Prescott because he believed Prescott was undermining Ellen White, but Wheeler seemed to avoid Haskell’s character assassination of Prescott to Ellen White as written seen in Gilbert M. Valentine’s biography of Prescott.

For the last day of my blog tour, Pam Lecky has invited me over for an interview where she tries to stump me with challenges like selecting only 5 favorite books! 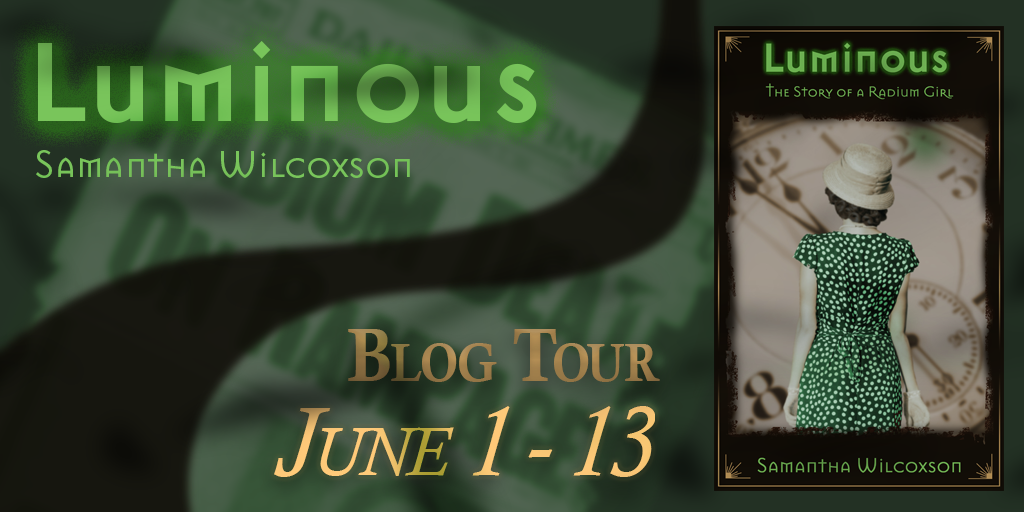 On Judith Arnopp's blog, we are talking about the Society of the Living Dead, an organization started by women who were dying of radium poisoning.

Today, I am visiting with author Paula Lofting and have shared an excerpt from Luminous: The Story of a Radium Girl.