Log in with Facebook
or
Wrong email address or username
Sign up
Already on BookLikes? Log in!
Incorrect verification code
Please, check your email, the code to access your BookLikes blog was sent to you already.
Enter code:
« Back Send
back to top
Search tags: Cajun 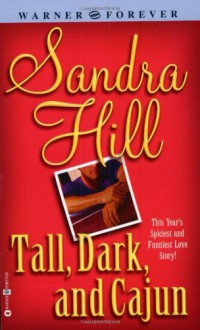 Remy has a pet gator, his name is Useless, and I love him.

The buddy read has been chosen!!!!! Southern Fried Reads and I will be indulging in Tall, Dark, and Cajun by Sandra Hill. I'm so pumped, you don't even know. 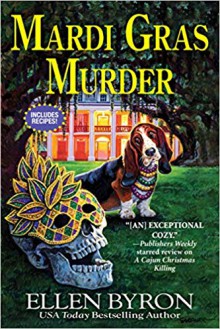 Cozy mysteries are perfect when life feels hard and you want to escape somewhere that feels fairly uncomplicated, even if people are being murdered.  This series, set in small town Louisiana, is one of the stronger ones to come out in recent years.  It's not perfect by any stretch, but it's got good bones, so to speak.

Mardi Gras Murder takes place very soon after a fairly catastrophic flood sweeps through, one that leaves behind the body of a John Doe.  At first presumed to have been a victim of the flood waters, an autopsy reveals he was shot.  As the town rebuilds and focuses on their Mardi Gras celebrations, a judge of the local beauty contest is also shot and killed, and in spite of any evidence, our MC Maggie has a gut feeling the two are related.  Of course they are.  After attempted murder is tried on another judge, Maggie starts looking for connections to the John Doe.

The beauty contest is a total red herring; that's not a spoiler either, as it's pretty obvious from the get go that it's meant to be.  The real ties that kill are much more investing that a vapid beauty contest, though the ultimate motivation behind them is just as shallow and meaningless.

Still, the author writes a solid setting with strong characters - all of them, men and women, good and bad.  If the plotting and murder motivations aren't as strong as they could be, they're surrounded by a lot that is.  The backdrop and characters are why I probably rated this higher than I should, objectively speaking.  But I got happily lost in backwater Louisiana for a day or two, and I'll happily get lost in it again, should the author write another.

I can’t really give much about this book (without spoiling it, that is) but what I can give you is this set of keywords on what you need to know and expect about the book: murders, traitors, secrets, lies, lineage, Mardi Gras, festivities, celebration, mystery, and issues. (because supposedly everyone has them.)

I haven’t read any book by Ellen Byron yet, or any installment from the Cajun Country mysteries series either so I’m really new with their writing and the setting of Cajun Country. Because I’m a clueless human, the book introduced me to new things such as Mardi Gras and the orphan train to name a few. Her writing is also simply amazing.

By reading the story, I got a small glimpse of the Pelican culture and some snippets on history. The story may be fictional but part of me felt that. :)))

One thing I really really really liked was the flow of the story. The transitioning of each chapter makes me smirk every time. It’s just begging me, inviting me to read the next chapter immediately, and I did.

Most chapters ended in a cliffhanger (spoiler!) which, for me, was frustratingly good (if that makes any sense). I started slow but quickly picked up my pace when the cliffhangers began, continuing one chapter to the next. I just had to.

Onto the characters… (yayyy!) I absolutely, genuinely adore the characters in Mardi Gras Murder. I felt that most of them had character development. You can see how each character is well-rounded and that each one has a different story to tell. You can’t really point out who is good or bad, innocent or guilty, at fault or not.

Here’s one thing I can tell you: We can’t really say who did what because we don’t really know know everyone. We all have our secrets but at some point, they’ll be revealed. Someday, one way or another.

It's a chill book that gives chills. So settle in and ready your little tiny heart for some murder action and mystery in a town where it seems fun and light on the outside but secretly hides quite a lot of darkness on the inside.