Log in with Facebook
or
Wrong email address or username
Sign up
Already on BookLikes? Log in!
Incorrect verification code
Please, check your email, the code to access your BookLikes blog was sent to you already.
Enter code:
« Back Send
back to top
Search tags: Huntley-Fitzpatrick 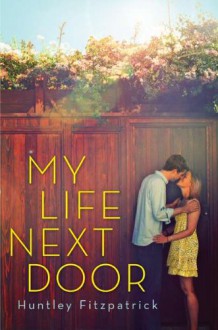 This book started being the normal YA romance when the main character meets the boy next door (and all his family which I sure appreciated) and then it started getting more serious (drug addiction, the behind the scenes of politics and a lot more other things). I liked it, really did, even if the ending was left a little too open for my liking (I wanted to know what was Jase's family decision regarding the father's accident).
Anyways, a good read for when you want some light read but not too light. What I needed right now.
Like Reblog Comment

1 star for amazing Garrett family.
1 star for Tim, who sounded so real and made me smile several times.
0.5 star for the buying condoms scene. This was really funny and actually the only scene I liked Sam. She had no backbone, no personality and she was stupid (sitting in that car, having a best friend like that). Even her little rebellion at the end of the book didn't change my mind. She was annoying. I really don't know what Jase saw in her. And the ending, what the hell, it isn't a fairy tale. Give me a realistic ending, not that sugar coated nonsense. 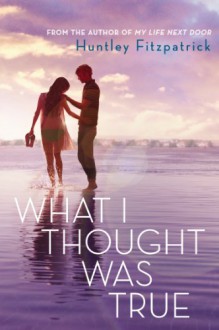 Has me in tears by end 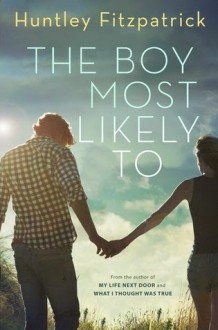 Please note that if you have not read "My Life Next Door" you will be spoiled by this review.

So I liked the first book in this series and read it two summers ago. I was hoping for more of the same, but think the book suffered from having two perspectives (Alice and Tim) and not making me believe at all that these two were good for each other or were so in lust with each other.

Picking up I believe just a couple of days after the end of "My Life Next Door" we have 19 year old Alice Garrett trying to do her best to mother/juggle all of her siblings while her mother tries to rest up (pregnant again) and deal with the fact that her father is still hospitalized after being in a hit and run accident.

Tim Mason who at 17 is trying to put his life back together after being kicked out of boarding school for the umpteenth time and being heavily into drugs and alcohol for years. He is close friends with Jase Garrett and Samantha Reed (My Life Next Door) who helped him get a job and now Jase has offered his family's garage apartment after his father throws down an ultimatum about him needing to get his life together by December, or he is cut off financially for good.

Tim finds himself drawn to Alice (or Hot Alice as he calls her throughout the damn book) and Alice finds herself thinking of Tim for no good reason that I can see. I had a real problem with the fact that Alice and Tim are both in different places in their lives and no one acknowledging that for the most part, 17 and 19 year old kids who have as much as these two have going on, should not be running around pledging undying love to each other after a hot minute. I got Jase and Samantha's relationship a lot better in the first book, and it made sense. I really don't get any sense of togetherness or understanding by Alice for Tim or Tim for Alice.

The secondary characters don't get any chance to shine in this book like they did in the first one. We get glimpses of Jase and Samantha and some dialogue here and there by them, Nan, and Samantha's mother, but that's about it. The Garret kids as a whole get a lot more exploration which I did appreciate this time through. Last time we only got Samantha's perspective on them all. I really wish we could have looked at Samantha's mom a lot harder, she went from being a real person to me from book #1 to a cartoon villain in book #2. Her entire plot point was unnecessary and can I say just plain stupid? It was.

The narrative shifts between Alice and Tim throughout the entire book. I honestly liked Alice's sections more because you realize that there is a reason why in Alice's mind she dresses and acts the way that she does. And you feel for her for being resentful of the fact that she is forced to take care of things for everyone while her older brother is off at the police academy and her mom seems to do a lot of sleeping and grocery shopping.

Tim's narratives still show for the most part his selfishness that he has about pretty much everyone. And can I say that I don't get why Tim or his twin sister Nan are the way they are. Their parents were not abusive verbally or physically. They both are just being hampered by expectations that I think most kids are today, do well and be good. Tim turning to drugs, alcohol, and sex was too random for me. There's a pretty big plot dealing with Tim in this book, I won't get into here since I don't want to spoil. But I had a really hard time with it and I hated how Tim acted/hid things too.

I can say the flow really didn't work at all. I wish that Ms. Fitzpatrick had either focused on Alice or Tim for the whole book since going back and forth didn't work for me at all.

The ending was a snooze to me and I just felt letdown in the end.
Like Reblog Comment
show activity (+) While I liked My Life Next Door, her second book fell short for me. Halfway through the book I really didn't see a point for it being written at all. I didn't really feel anything for any of the characters.

Gwen Castle lives on an island in New England and works in her fathers restaurant and with her mother cleaning houses for the vacationers. Its your typical working class girl meets a rich boy, and then they defy what other people think about them. Cass Somers takes a job as a yard boy and suddenly they are constantly running into each other.

The problem I had with this book was that it was way too long without much of a plot happening. Another issue I had was the flash backs. You never knew when they were going to happen and they got a bit confusing.

At the end of the story I took the title "what I thought was true" to mean  that Gwen reevaluated everything she thought about her friends, social classes, herself and the relationships she has with her family and friends.