Log in with Facebook
or
Wrong email address or username
Sign up
Already on BookLikes? Log in!
Incorrect verification code
Please, check your email, the code to access your BookLikes blog was sent to you already.
Enter code:
« Back Send
back to top
Search tags: Jessica-Shirvington

Book one was so good. Then this came around and I just... what?

Maggie's character was utterly destroyed by all the romance the author insisted on packing in this novel. The author turned a badass and independent girl into this awfully immature, lovesick stranger. I just couldn't stomach Maggie's character. She was absolutely pathetic and kept giving me second-hand embarrassment.

Look, I don't mind romance in my books. In fact, I actively seek books with elements of romance; I looooove romance... when done well, and this was a mess of clichés and declarations of love every other page, and drama with chest banging and lone tears slipping down cheeks, it made me sick. This was SO over the top I have notes in my kindle that read "Jesus Christ / Voooomit / wtf / omg for fuck's sake / it's like a freaking SOAP OPERA, STOP."

Maggie and Quentin were so dramatic about everything regarding their "relationship" and by everything I meant the same issue, over and over again.

It was so stupid the way their trust "problem" was handled.

60%+ of the book they spent wondering if the other truly loved them. Especially Maggie. Quentin would literally tell her she was his everything and not one minute later she'd be wondering if he still liked her, if he would forgive her, if she still had a chance with him. Oh God, why won't he just tell her he loves her. Oh wait... he did, several times, and she was just BLIND to it.

It's like she had some weird form of amnesia caused by all the lovey dovey 'he's the most wonderful person in the world, I don't deserve him' crap in her brain.

Maggie 2 seconds later "Gee, maybeI still have a chance with him."

Quentin throws tantrums of epic proportions when he gets jealous, he keeps dropping the most obvious hints that he's insanely in love with her and still, dumb, lovestruck Maggie spends most of the book wondering if her feelings are actually reciprocated. If she can be forgiven.

Gtfo. Spare me the martyr act. We don't have time for this crap.

They were both fucking absurd and it took SO MUCH of the book.

"I'll always choose you! I'll always want to be with you. I know I ruined everything you believed in, but you ruined me too!" I banged at my chest like a mad woman.

"We were one another's true match, and the science behind the tech proved that true matches were fiercely prossessive and protective of one another."

I thought Maggie wasn't a believer of the system? Didn't she think the extents that true matches would go for each other were absurd? But suddenly it matters SO much that they are a true match.

The author was so into this soap opera mindset that she literally put things on the page that made no sense but made everything so much more... dramatic.

"Quentin was putting walls up I had never seen before"

QUENTIN HAS BEEN A FREAKING OPEN BOOK 95% OF THE STORY, WTF ARE YOU TALKING ABOUT.
He had literally just confessed how he felt about his jealousy and his insecurities and she's like... "omg what are theeseee waaalls"

There were some good moments towards the end of the book (where I assume the author remembered there were other things at stake in her book other than the one relationship) and the action was still decent. Gus remained a great character...until the end... and that's why I'm not giving this book one star. But man, was this a slap in the face after that first book. 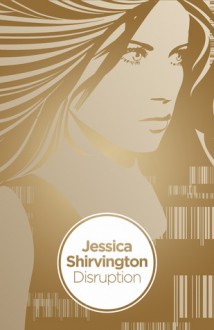 Never forget. I know that you know.

Weeeeell. Damn. Where do I begin?

I wasn't expecting my first five star rating of the year to come this soon. I certainly didn't start reading it thinking this book would be a five star (and for the most part it was a solid 4 had it not been for the last couple of chapters), but here I am, getting all the feels and super excited to read the next one

This book is action-packed, funny, fast-paced, and has some good twists (that you may or may not see coming) at the end.

At first glance Disruption offers your average YA dystopia/sci-fi thrills. I must admit the premise isn't all that great or sounds all that original. See, a good author doesn't even need a fantastic, super out-there idea to make their book great (Yeah, I'm bitterly remembering the Scorpio Races here and how great ideas don't spare a book from being sucky. The opposite is also true); all I need really is to be moved by the story and for the author to make me care and keep me interested. I'm not going to say the characters of this book break the mold or anything (it's hard finding that anywhere in YA), but damn if I didn't enjoy reading about them.

First you've got Maggie. Your literal kickass heroine (don't worry, she's already kickass when the book begins if you're impatient or want to be spared the whole 'average girl turning into a warrior' bit). She's strong, driven, smart, cunning, kinda (or a lot) selfish...

"I'm not going to lie to you, you rate high on the bitch scale. You're mean, calculaed, unforgiving --the list goes on, but under all of that... there's a good person."

But she's also caring and loyal to a literal fault.

Maybe I'm desensitized after all the YA I've read, but I kept thinking "I've read waaaay worse. Yeah, definitely way worse than her." I actually didn't think she was all that bad and it definitely didn't hurt that we were seeing everything unfold through her POV. See, what made Maggie different, to me, from other "badass" YA heroines with a rough exterior was that, while she could be a bitch, she always, always seemed to have good reason to be. She also wasn't a bitch and took pride in it (thinking it made her awesome and sassy) or, conversely, she wasn't a bitch and tried to justify it with weak-ass reasons that made sense only to herself (like so many other heroines out there), I thought she was pretty damn consistent in her thought processes, what she believed was for the best, and was mostly always logical about everything she did, which I appreciated a lot.

Maggie reminded me a lot of Eve Dallas (From the In Death series by JD Robb). She's a tough bitch, and she doesn't mind people calling her names or misunderstanding her actions, but at the core she's probably one of the most loyal and dependable people you'll find out there. She doesn't understand relationships well enough, but she does her best to reciprocate, and without even realizing it, she gives those truly close to her everything she has.

Quentin was sort of a surprise. I expected an entitled rich kid, but what I got was a Gansey type of character (from The Raven Boys by Maggie Stiefvater, who is another bookbf. Credit where credit is due). He was kind of a contradiction, at times I felt like the author didn't know where to place him and he was kind of all over the place. On one side you have the rich young man with a slight superiority complex. He's always had it all handed to him and even though he's not an outright brat about it, you can see it in glimpses here and there, mostly at the beginning of the story. But he's also... humble? ( I know, I know! what? either he has superiority issues or he doesn't) I'm going to say he's more down to earth than he lets on at first.

Quentin is such a sweetheart though, and I wasn't expecting him to be so when he was first introduced. I do think that he fell for Maggie way too fast and sometimes his devotion to her came off as way too strong. That may be excused by some of the revelations at the end of the book but still, you've known her for a few weeks, come on.Anyway. It doesn't mean his toosweet words never affected me. He's a charmer.

Yeah the romance was a little bit ... too much at times, but I'm not going to say I didn't go "aww" more than a couple of times.

And Gus, omg, I loved this guy. He's brutal in his banter with Maggie. I must admit I sometimes wasn't sure that he didn't actually want her dead. His and Mags friendship was so refreshing to read (yeah, yeah, I'm weird. I mean they pretend to hate the other, that they're there just because they have no other option, and yet they're such good friends. It makes my heart go squeee). I definitely want to read more about Gus. I love nerds with a sharp tongue, lmao.

What I enjoyed the most in this book?

Probably the banter and the bits of dialogue that had me cracking up even in scenes where I had no business laughing.

Those twists at the end that should not have caught me by surprise gave this book that extra star from my original rating. I mean. COME.ON. ARE YOU KIDDING ME? WHY? One of them I saw coming miles away but the other... What.the.hell.

Do I recommend? Hell yes! That is if you like dystopia, sci-fi, kickass heroes and heroines, funny banter and dialogue, great action scenes and some swoon-worthy romance to top it all off. 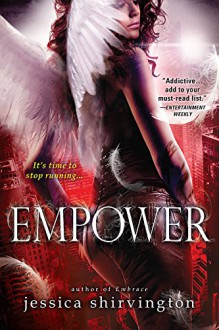 This has been a truly amazing series. Violet has grown immensely over the five books and I have to say that it's been one of the better endings to a series I've read. I cried a lot over some bits, shed a lone tear or two over others and smiled a little at the end when everyone's ending became clear.

I would love to read more books by the author in the future. 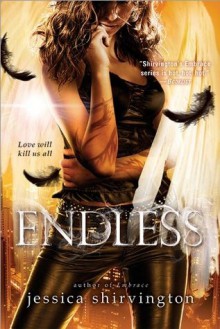 Christ, I am an emotional wreck after that ending. I had at least one tear running down my cheek continuously for a good 70 of the last pages of this book. Heartbreak on several counts, which I won't go into because they're spoilers.

This is a brilliant mature YA series!! Off to start the final book and it better have a good, happy ending!!!! 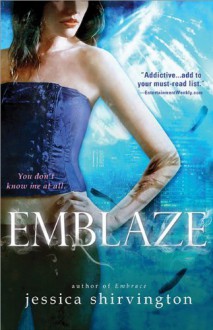 This series is so mature considering Violet's age. It's brilliant!

Luckily I can find out, because I'm going straight into book 4!