Log in with Facebook
or
Wrong email address or username
Sign up
Already on BookLikes? Log in!
Incorrect verification code
Please, check your email, the code to access your BookLikes blog was sent to you already.
Enter code:
« Back Send
back to top
Search tags: MacGoodreader A long time ago in a galaxy far, far away there was a Rebel Alliance of Jedi Knights fighting and defeating the evil Galactic Empire. You can find out all about that in this book and the other installments of the Star Wars Trilogy (the original one, that is). Or you can just go and watch the movies, which is actually preferable anyway.

Not quite so long ago in this site's neighboring galaxy of Goodreads, there was a book page for a book entitled "The Great Goodreads Censorship Debacle" by an author named G.R. MacGoodreader, which, along with a large number of reviews, was deleted by Goodreads management, striking back against unwanted commentary on the Friday, September 20, 2013 announcement of Goodreads's new policy, which in the opinion of those who had posted the reviews, had taken the site several galaxies away from the New Hope for book lovers worldwide that it had formerly been. For the deletion of Mr. MacGoodreader's book, no explanation was given whatsoever. The reviews were deleted on the grounds that they were "off topic" (though when questioned by the reviewers concerned, Goodreads management would occasionally also take to explaining that, no, actually, their particular review wasn't off topic, it had merely been deleted because Goodreads had concluded other users might find it annoying). 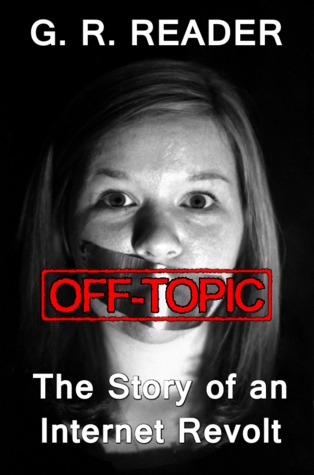 Yet, to those who mourned Mr. MacGoodreader's swift passing, fear not: The Jedi have returned – with light sabers, droids, and most importantly, a real book.

It contains, I am informed, many of the deleted reviews and opinion pieces, as well as a small number of additional texts.

May The Force Be With It. The Hydra, as everyone knows who is either familiar with Greek mythology or with the reviews that have lately been posted on Goodreads for this particular book, is a monster that is virtually impossible to defeat, because for every one of its multiple heads that is being chopped off, it grows two others.

Until September 20, 2013, the only Hydra-esque phenomenon that the Goodreads community had to worry about on that website was the Sock Puppet Hydra. 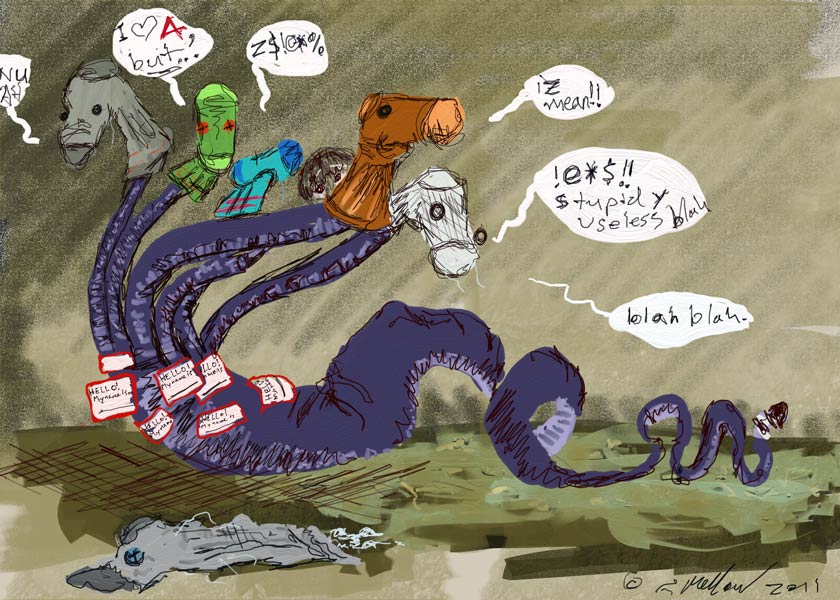 Then, in the wake of the new reviewing policy as announced on Friday, September 20, 2013, the Hydra took to reviews.

After Goodreads had started deleting reviews (including many of those posted for this particular book) on the grounds that they were "off topic," also on a Friday afternoon (U.S. time) – which lately seems to be the moment to watch out for important new developments on that site – a mysterious new author named G.R. MacGoodreader created a book page on Goodreads for a book entitled "The Great Goodreads Censorship Debacle." By the next Monday, McGoodreader and his book were gone, or so it seemed. Head chopped off.

Well, as it turns out, Mr. McGoodreader is actually called G.R. Reader, and he, too, was merely a Hydra in disguise – a multi-headed creature just like the one from Greek mythology. He – or they – are back. And with a real book, too.

I'm told it makes for an interesting read. Official blurb:
"In September 2013, the Goodreads book reviewing site, which had previously operated a strict policy of free speech, began censoring reviews. The reviewers fought back, and the conflict was soon being reported in the mainstream media. This is the story of what happened, told in the protesters' own words."

As a wise man once said, To forbid us anything is to make us have a mind for it.

And it makes for an interesting read ... even if I say so myself.