Log in with Facebook
or
Wrong email address or username
Sign up
Already on BookLikes? Log in!
Incorrect verification code
Please, check your email, the code to access your BookLikes blog was sent to you already.
Enter code:
« Back Send
back to top
Search tags: New-York-Public-Library

This will take me down the rabbithole for sure exploring books.

Other links for more info: Look at this beautiful edition of Jane Eyre my uncle gave me. Hardcover, lovely dust jacket, striped endpapers, reproduction of 1923 French Lithographs in the text. He's so good to think of me.

I actually don't have a hardcover Jane Eyre, and now I probably will never need another; this one is so fine.

And the best part: My uncle is a fantastic flea market/second hand shop/yard sale/antique store bargain hunter, so he probably got it for a heckuva deal. I'll be the beneficiary of that anytime.

Thanks and love, from

The New York Public Library has begun making public some of the thousands of short, hand-typed evaluations of children's literature the librarians wrote up as part of collection development. Because they were never meant to be seen by the public, the reviews are often charmingly harsh.

"To His Excellency Sr. Henry Moore, Bart., captain general and governour in chief, in & over the Province of New York & the territories depending thereon in America, chancellor & vice admiral of the same, this plan of the city of New York, is most humbly inscribed" (1776)

"The New York Public Library have made available online, free from all restrictions, high resolution copies of more than 20,000 historic maps. Containing maps from the 16th through to the early 20th century, the collection focuses mainly on the United States, particularly New York, but also features maps from other countries. The images of Manhattan and surrounding boroughs offer a fascinating snapshot of the development of one of the most densely populated areas in the world. The maps can be viewed through the New York Public Library’s Digital Collections page, and downloaded, through the Map Warper – a wonderful project which aims to make historic maps viewable as overlays on modern maps." 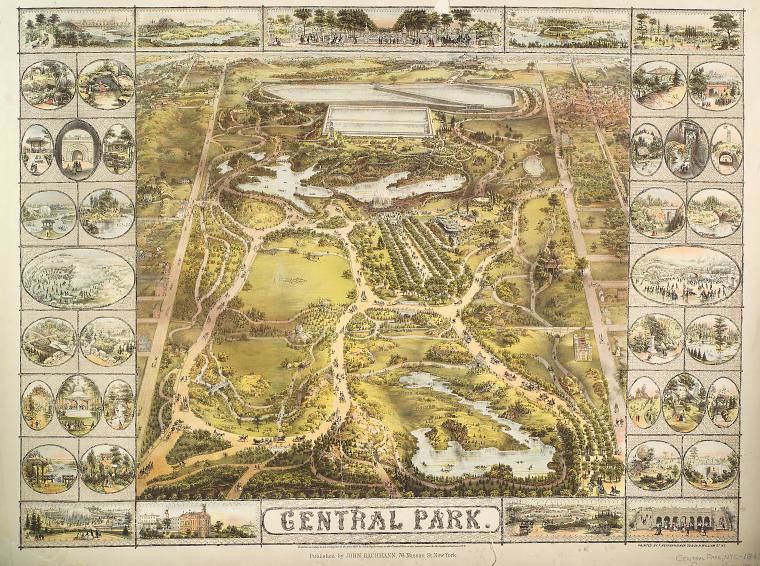 New York Public Library: First draft of Hemingway's Nobel Prize acceptance speech in the back of a book called Thirty Years by John P. Marquand, with the note: "It was very hard to get what I wanted to say without being ungrateful or rude."