Log in with Facebook
or
Wrong email address or username
Sign up
Already on BookLikes? Log in!
Incorrect verification code
Please, check your email, the code to access your BookLikes blog was sent to you already.
Enter code:
« Back Send
back to top
Search tags: One-of-the-greats 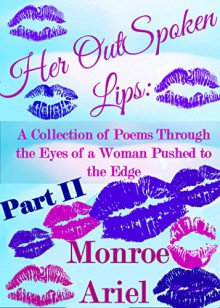 Good Morning Great People.  How are You Doing? I Have Just Started the Giveaway for PART II of Her OutSpoken Lips. Please Sign up So You can See How the Story Continues. I am very Excited about Being on BookLikes. You can Always Go to Monroe's Haven and sign up there for convenience. The Giveaway Widget should be on the Right side. Bare with me, I am doing a million tasks at once. I am going to try to post when I can, but Greats you can Always Reach Me on my Social Networks. You can also Visit World of Monroe Ariel and ask questions and explore. I look forward to hearing from you. Please like My Author Facebook Page and Follow Me on Twitter @MonroeArielTK

Information Update: The Giveaway for Her OutSpoken Lips PART I ends on November 7, 2014. I am giving away 30 copies, and if it goes over that amount I will do another Giveaway for one more week of 20 copies BECAUSE I really Want People to Hear and Experience the Words in Her OutSpoken Lips: A Collection of Poems Through the Eyes of a Woman Pushed to the Edge. Thank you for Your Support!

Remember the Giveaway for Part II ends on November 16, 2014!

Be Blessed My Greats 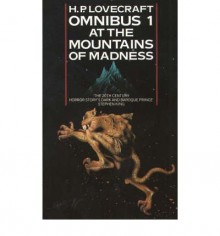 Its official. I know I said I couldn't get in to H.P Lovecraft. But now I’m in and I love him!!!! I'm so glad I took the time to pick this book up again and try to reread it. He's very very addicting.. 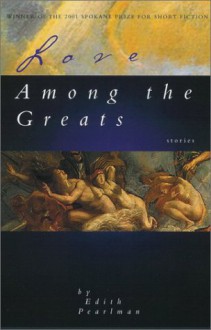 Rating: 4.5* of five The Book Description: Edith Pearlman's characters are children, old women, young men, rabbis, toy makers, lovers, invalids, immigrants, schmoozers, angels, and fools; all of them perfectly real and accessible, all of them drawn with a kind of comic quietude that only excellent writers can sustain.The title story begins: “At the dinner following Michal's wedding to Bellamy they did the chair thing. It was a Jewish wedding, after all – as Jewish as a wedding could be when the bride's mother was not Jewish and therefore the bride, strictly speaking, was not Jewish either; as Jewish as a wedding could be in a prairie college town where the one synagogue, struggling to keep solvent, rented itself out weekdays to Alcoholics Anonymous and a quilting group.”Readers are going to love these polished and unusual stories. My Review: A lot of praise has come Edith Pearlman's way since the prize-winning success of her story collection Binocular Vision in 2011. Not one minute too soon, either, as Pearlman will never see seventy again. I'm delighted that she is achieving the notice she has so long deserved, and I offer as my proof that the notice is delayed this story collection, Love Among the Greats, published in 2002.Love is a subject people never tire of discussing, mythologizing, thinking about, lying to each other during and after. We're completely besotted with love. Pearlman's brief in these stories is to refract a beam of light onto many of the conditions of love, lovingkindness, and passions both fresh and banked, but hot. In 149pp, she does precisely this thing, and she does it so well that I can't imagine how this collection escaped my notice until 2012.The thirteen stories that make up Love Among the Greats were written in the 1990s, published in high-quality reviews like The Kenyon Review, Pleiades, and The Antioch Review, anthologized in Best American Short Stories 1998 (“Chance”) and 2000 (“Allog”). Five stories from here are among the Selected Stories in Binocular Vision: “Tess” which is here called “Tess's Team,” to my mind a better title for it; the prize-winning “Chance” and “Allog”; “ToyFolk” and “Fidelity.” Again, I run into the major problem of reviewing a story collection whose constituent parts are so brief. How do I tell you what a story is about without ruining it for you? How to pick, from among Pearlman's many marvelous lines, a few to quote to you? So I'll go back to the stars-per-story method.5 stars-per-story“Love Among the Greats”“Sylvia's Place”4.5 stars-per-story“Accommodators”“Neighbors”“ToyFolk”“Fidelity”4 stars-per-story“Allog”“Big Fish”“The Thought of You”“Fitting”“The Jigsaw Table” (really, 3.5 stars promoted to 4 for tidiness)And then the two I thought the least of, “Chance” and “Tess's Team,” the latter of which I actively disliked and wouldn't have chosen for Binocular Vision. Be that as it may, these are still solid three-star stories and, in an anthology or in a weaker writer's collection, they'd be standouts.Love Among the Greats is the kind of book I look for, and long for: It is short enough to attract people to sample the writer's gifts, good enough to hook them, and for the occasional soul like me who gets the urge to slip into the skins and brains of remarkably unremarkable people, it is a drug high. I love the calm, self-assured way Pearlman tells the reader of the life led by Michal, an unremarkable woman we pass on the street, married, young, from a prairie college town and living in Boston; it is her life that we see the most of, as the four middle stories here are a kind of novella-length scenes-from-the-life. Pearlman doesn't pad them into a novel, or even stretch them into a novella. She loves her readers and trusts them to follow her anyway.This collection of stories is a delight. I want to give you samples. I can't...this is the book that one leads a friend to the chair next to the fire, pushes them into it and gives them a potent, sweet drink, draws up the stool and begins to read to them. It is a warm, comfortable, old-fashioned joy of a book, meant to be savored and shared and passed from happy reader to happy reader.Excellent work, Edith Pearlman. Thank you.
Like Reblog Comment 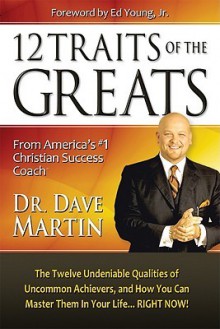 Personally I love how the author write about the traits, especially relationship, focus, wisdom and generosity.

I could argue that there is one more trait a "great" person should have: humility.

But then again, not all great people are humble, do they? 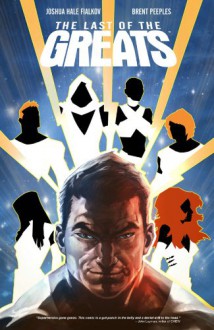 Originally Reviewed at:Mother/Gamer/WriterRating: 3.5 out of 5 ControllersReview Source: NetGalleyReviewer: MeUm…wow. And no I don’t mean that necessarily in a good way. I have very mixed feelings about this graphic novel. The Last of the Greats was a very bizarre read, and deeply disturbing. I am no stranger to weird; in fact I love things that are a little bit out of the ordinary. I find it to be very refreshing and most of the time it puts me on the path to new authors, and artists (see my review of Carnal: Pride of the Lions). Most of the time… The story begins with humanity on the brink of destruction by an alien invasion. The second-to-last Great, or superhero/God, has died and a group of humans travel to Antarctica to convince the last Great to defend them. After a lot of violence, the Great decides to help him on the condition that humans surrender themselves to him completely, by worshiping him and giving up all of their weapons. The beginning narrative had me hooked and flipping pages like crazy. However, the deeper I swam inside the graphic novel, the more extreme it became. At one point I was watching the Great kill an innocent child, then work his magic to seduce Oprah, and the next I was watching him rip off his skin to become another Great. There is also a very disturbing intimate scene between the two main characters. Like I said, it’s all over the place. Despite not falling in love with the overall story, I did like it. I also enjoyed the vibrant artwork, and towards the end we are introduced to a kick-A$$ little girl. And even though it was over-the-top and I was a little disconcerted by some of the things that happened in the story, it was still entertaining. Overall, The Last of the Greats is a graphic novel about a superhero/God with no humanity who does things for his own personal gain no matter who he must kill in the process. I’m still not sure if I will read the next issue, however I do recommend it to those of you who like something that is different, very different.
More posts
Your Dashboard view:
All Reviews Text Photo Quote Video URL Activities
Liked posts Top Tags
Press About Terms of Services Privacy Policy Contact Us Blog FAQ Patronaty medialne BookLikes for Authors Partners panel more...
Team Themes Docs API Blogs
Copyright © 2021 BookLikes