Log in with Facebook
or
Wrong email address or username
Sign up
Already on BookLikes? Log in!
Incorrect verification code
Please, check your email, the code to access your BookLikes blog was sent to you already.
Enter code:
« Back Send
back to top
Search tags: The-Moon-Sisters 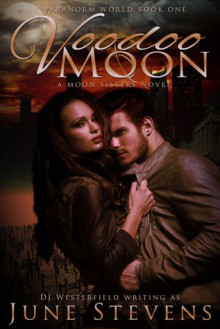 Independent Reviewer for Archaeolibrarian I Dig Good Books.
In the year 2012, just as the Mayans predicted, life on earth suffered The Cataclysm that shifting the whole world off its axis by 90 degrees. Several hundreds of years later, life is beginning again, in the old cities and some new ones. Fiona Moon and her family, are getting by. She is a member of the Elite Black Guard, works hard at her job. When bodies are turning up at an alarming rate, she is forced to work with Ian, Master Necromancer. This job may very well cost them everything, their lives, their hearts, their very souls.
You know what?? I LOVE it when a book totally blows me away!
Totally did not see this coming at me, at all. The world building is astounding! You don't get all the history at once, you get little bits here and there, almost thrown in as an after thought, and in the beginning, I was thinking, nah, I;m not gonna like this, but as it all started to make sense, and I could put those bits into bigger pieces and finally a whole world, I grew more and more excited to see how it was gonna go.
Ian and Fiona had worked together before, and they had history. Fiona's mother was killed by and necromancer of old, plying his wares and scamming his way. But there is more to Ian that Fiona first thought, and right from the beginning there is an underlaying tension between them, that bubbles, and simmers for ages! It only a matter of time before things boil over and they do, brilliantly!
The plot moves at a clear and even pace, not too fast or too slow, just nicely plods along, but I mean that in a GOOD way! There are vampires, werewolves, shifters, mages, and all sorts of other paranormals that have been out in the open since The Cataclysm, some good, some not so.
I would love to read any future books in this series, to see what happens next for Fiona and Ian, but equally, for Fiona's sisters, River and Anya. I can see Jarrett playing a part with one of said sisters, I really can.
At the end of this review, I'm including the bit of world building that is included on Amazon, but not added here on Goodreads, it might pique your interest! Cos I know if I had seen that bit, I would have been interested, really I would!
Seriously good book, people!
5 full stars
**similar worded review will appear on Goodreads, Amazon.com and Amazon.co.uk, and BookLikes**
(ABout The Paranom world will not appear on my Amazon review)**
About The Paranorm World- Two hundred years ago the world was very different. It was an age of technology and prosperity. There were more than 7 billion people on earth. Magic and paranormal beings were relegated to fiction and myth. In the Technological Age Year 2012 the Earth experienced a natural phenomena which we now call the Cataclysm. There was a polar shift in which the earths natural magnetic poles shifted. The polar shift caused a series of natural disasters that changed the landscape of the world. In the years that followed 2012—Earthquakes, hurricanes, blizzards, tornadoes, and tsunamis pounded the world leaving devastation and death. Whole cities and even states were leveled by earthquakes and swallowed by the sea. The melting of the polar ice caps caused flooding. Society collapsed. With major cities being leveled by disasters governments crumbled. Power plants and refineries were destroyed. The basic infrastructure of the country disintegrated. There was no longer any electricity, public water systems no longer worked. Food supplies dwindled as there was no longer enough gasoline for shipping. At first the government tried to keep order with police and military. But as more and more disasters destroyed major cities and even the capital of the United States, the government crumbled. With no government to pay or command them there was no longer an army or even police forces. Riots abounded, destroying as much property as the disasters. Disasters killed more than half the population in less than a year. Over the next five decades famine, disease, and war killed millions more. Humanities only chance for survival was reliant on those who had long ago become outcasts and myths. Humans who through natural evolution, genetics, or viruses had preternatural abilities. In the ruins of the old civilization, a new one rose up. One that blends technology and magic. One where paranormal beings like mages, vampires and werebeasts live side by side with normal humans.
paranormal 2015 reads
Like Reblog Comment 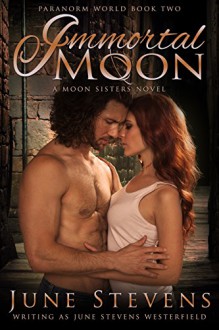 My apologies to the author for the late posting of this review!
Anya has a rule- she does not date vampires. But after she had what she had with Jarrett 6 months ago, she realizes she hasn't dated anyone. When Jarrett is in town for two weeks, she takes advantage of what he offers. Anya pushes ALL of Jarrett's buttons, in ways he never imagined they needed pushing by any woman, norm or para. When a past case comes back to life, in more ways than one, Jarrett must make the ultimate sacrifice.
This is book two in the Paranorm World series. You really should read book one, Voodoo Moon, before this one.
Here's why.
Voodoo Moon got 5 stars from me, primarily because of the world building in that book. It was brilliant, little hints and snippets that took some time to come together, but when they do, it's fabulous. There is none, well, almost none of that here. You get some, just not enough (in my opinion) to give you the full picture, the complete picture of this world, post The 2012 Cataclysm. So that's what I knocked off half a star.
The other half I knocked off was the ending!! I'm not going to go into details, because that will spoil it for you, but I mean, it was proper chuck-your-kindle-at-the-wall, spit-your-dummy-out, tantrum-inducing ending! AND I did not see it coming! Which is a good thing. Had I seen it creeping up on me, it would not have had the same impact.
The story itself is very well written, from both Anya and Jarrett's point of view. Slightly different, in that Anya has her say in the first person, and Jarrett's voice is in the third.
So tell me, please, Ms Stevens, do we get more of Anya and Jarrett in another book?? Because I need to know, you know?? I NEEEEEEEED (long emphasis on the E) to know!!!
4 stars.
**same worded review will appear on Goodreads, BookLikes, Amazon.co.uk, Amazon.com, Kobo and Barnes and Noble**
paranormal 4 star reads 2016 reads personal 2016
Like Reblog Comment
show activity (+)

Fiona is a member of the Black Blade Guard and they look for paranormal criminals. Now there is someone stealing magic users and taking their life energy. Fiona’s partner on this case is Ian who is the head of the Necromancers Guild and Fiona doesn’t like necromancers. But somehow there is an attraction between Fiona and Ion and it is growing as they work together. Fiona fights for the underdogs and has a tendency to win. Fiona loves her family and they come first and then her job came next. Fiona tries to resist Ian as someone like him had helped to destroy her mom. There were vampires, werewolves, shifters, mages, and all kinds of paranormals and they lived right next to humans. The world had basically been restored and the beings were slowly rebuilding their world.

I really liked this story , it had so much to it. The plot was absolutely great . The story was a little slow at first but then it picked up and WOW. Definitely a different style of writing but I loved it. I loved all the paranormal characters. I also loved the ins and outs Fiona and Ian went through especially since they already had some feelings involved. I thoroughly enjoyed this story and I highly recommend.

Description
A sinister magic is sweeping across Nash City…

To Fiona Moon, it’s just another day at work. And some days, well, they’re a helluva lot worse than others. As a member of the elite Black Blade Guard, Fiona is tasked with hunting down the most-dangerous Paranorm criminals. To find out who is kidnapping mages and sucking the life energy from their bodies, she has to work with the one man that embodies everything she despises.

Master Necromancer Ian Barroes, a rich professor of Necromantic Studies, wants only one thing in this world… Fiona.

They each hold secrets that could destroy them, but could also be the key to destroying the evil Voodoo priest, Bokor. They must learn to trust each other and track down Bokor before more innocent lives are lost. When Fiona becomes a target of the evil madman, she is lured into his trap. Now, she and Ian have to fight for survival… and their very souls.
My Review
Had a blast with Fiona Moon fighting Paranorm crime...Until Master Necromancer Ian Barroes a rich professor of Necromantic Studies, wants only one thing...Fiona.
I guess I'll have to read book 2 to find out what happens to Fiona and Ian...and jump right in to find out if they defeat the evil Voodoo Priest, Bokor...
Will definitely be reading more from this series...

A Definite 5 Stars from me...to the author...just to let you know...i appreciate what you do for us readers...its amazing how you can turn a book from a fantasy into reality...cause thats how i see it when i read :) Again thanks so much for doing what you do...
Star Rating
5 STARS
Like Reblog Comment
show activity (+) 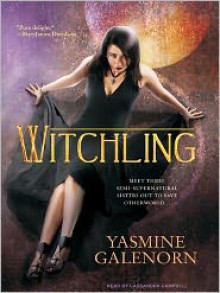 This reader's personal opinion, ©2014, all rights reserved, not to be quoted, clipped or used in any way by Google Play, amazon.com or other commercial booksellers*

Not for me.  Writing style is fine and I don't hate the characters (developing just fine).   Potential to be a long, involved series with lots of possibly interesting races in the worldbuilding and a quest to locate nine seals before bad guy can get them.

But, I got bogged down in the relationship baggage, designer duds, etc. with a potentially bad guy ex- and re-involved lover one minute saying he would have her whether or not she willed and the next minute that he would not force her murk things up even beyond the mysterious murders and the guy cop investigating giving me a nasty whiff of love-triangle-itis... just a lot of elements not interesting me.

Why do I need to know that the main character has a 38DD bra size?