Log in with Facebook
or
Wrong email address or username
Sign up
Already on BookLikes? Log in!
Incorrect verification code
Please, check your email, the code to access your BookLikes blog was sent to you already.
Enter code:
« Back Send
back to top
Search tags: Warren-Adler 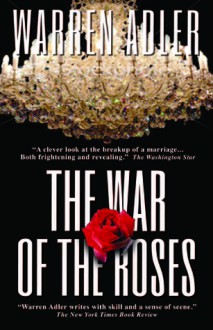 I haven't seen the film. And neither I will, based on this book. This was a very uncomfortable read. In the beginning I mainly disliked it because it felt misogynistic, constantly telling us how sorry we should be for the man whose feeble wife on a whim decided to divorce him. Said wife on her part only gets to tell she wanted to feel free. Add to that another woman who can only say she couldn't possibly understand why anyone would want to divorce such a wonderful man. It felt very dated, and I had to push myself to keep reading this.

And that was before the story went stark raven mad, as the two of them are locked in a fight - almost to the death and the death of the house they so pathetically try to save for themselves. It escalates quickly in what could be the worst divorce ever. At this point I was actually interested in learning who would win in the end, hence the two stars, but the ending was rather disappointing.

The War of The Roses hasn't aged well, in my opinion.

What exactly is marriage? Is marriage truly a sacred bond between two people who promise each other to be with each other in sickness and in health until death finally does them apart, or is marriage just this necessary action between two people to profess love towards one another on a piece of paper without actually knowing one another inside and out? Well, clearly this novel's not about the good side of a marriage, but more about the bad side, for it has this raging irrational wife who describes the B-word to a T, who's not really satisfied with her life and blames her husband for it, and a husband who does actually give a damn about his marriage, well, at least until his wife decides to destroy his stuff from one stuff to another, because he's just too stubborn to move out of the house that's half his and half hers, because they've built it together. Sounds complicated, right? Well, add money thirsty lawyers, two great kids, and pride to the mix and you have got a recipe for disaster and pretty much a possibility for something immensely bad to happen to one of them or both of them. Whatever the case, Barbara and Oliver Rose may not be the most perfect married couple, but their story has earned four stars from me, because even though she was a B-word and he eventually became an A-word, I could understand both of their struggles they were facing from both of their perspective, and the writer has truly done an outstanding job with describing both of their struggles, and explaining how the household that was once the happiest household in the neighborhood, can, if we are not careful enough, turn into a battlefield, and battlefield into war that's either won or lost.
Like Reblog Comment
show activity (+)

“Last Call” is creative tale about two octogenarians who discover that even if there is snow on the roof there is still fire in the chimney…falling in love has no end date. Indeed love is love at any age.

The story features Harvey Franklin and Sarah Silverman two people with different background and views who met in a central Park dog park and immediately bonded over their love for poodles. But life became complicated as their meeting moved on. Harvey a long time widow had come to term with the loss of his wife but Sarah`s husband of 50 years has Alzheimer and she made him a promise to be at his side till his last breath and never place him in a long care institution.

You can imagine how conflicted Sarah became about her relationship with Harvey and how Harvey reacted wanting to help her. This beautiful story of late love and passionate love affair of two polar opposites has triggered a multitude of emotions at time I smiled and other time tears ran down my cheeks and other I just shook my head. This is a well-written story with a clear message of acceptance very needed today. It is also uplifting to see at this stage of life love can be found even if there are no smooth roads to obtain it. Mr. Adler has as usual vividly painted every move, provides funny and terribly sad sequences and given us a very captivating story so realistic it hard to believe this is a simple story.

Thank you Mr. Adler for the wonderful and smooth narrative that helped visualized and feel every move Sarah and Harvey experienced…With a last comment I would suggest getting a dog if you are lonely and want to meet someone……awe…:) 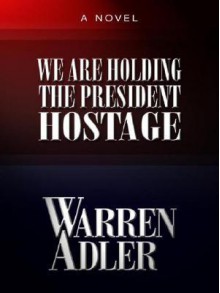 “We Are Holding the President Hostage” is a powerful tale of terrorism and revenge originally published in 1986.

This title may be a dead giveaway but this book is nonetheless a high-octane thriller that has gripped me from the very start and kept me riveted till the last page and sometime after.

When terrorists capture the daughter and grandson of a Mafia Don in Egypt, the Don cleverly insinuates himself into the White House and holds the President and his wife hostage.

Although basic, the plot is intriguing and well- done. The story takes place in the White House and the kidnapped hostages’ part is in the Middle East. The author skillfully keeps the tension going in this deadly game of bluff as the struggle between the two sides intensifies and the hostages are just plain pawns in a war of nerves. This is a mind game between the characters, a real cerebral chess match. This story excels in the contrast between the men and how they use their power over the other.

The style is clean cut, no profanity or sex scenes and as the drama progresses each character share their point of view on their situation as well as their feelings and fears…

If you enjoy politically savvy action novel, this quick and fun read may be up your alley.
Like Reblog Comment
show activity (+) 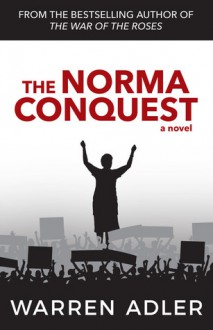 Mr. Adler is at the top of my favourite authors list. His style is so diverse you never know what genre he will surprise us with next. In his huge varied library we find psychological and political thrillers, fantasy, romance, mysteries, comedy, family relationships, historical fiction, cozy and short story. Boy what a prolific author. I am happy to be one of his faithful fan and member of his reviewing team.

“The Norma Conquest” offers a brief view into the last hurrahs by a long time agitator and now a homeless activist in a battle to save a women’s shelter from being relocated. Norma is the underdog that will lead the fight against a tycoon and his partners till she gives her last breath. The story is both heartbreaking and joyous when Norma’s ill health brings her daughter Jenny back to her after years apart. Family bonds are stronger than we can imagine……

I love this story but it took time before I put things together 70 pages or so by then I slowly realized that I was being pulled into a captivating quest alongside Norma and Jenny to save the homeless women their home. This is a wonderful and extremely well written story that is played by well-drawn characters even the evil men are attractive. The rapprochement between mother and daughter is very touching, in the long run both reached the same vision and ideas but sadly it came too late…..A warning the narrative and dialogue are street jargon and we have a lot of the F words…..exactly what one would hear….well-done Mr. Adler this story was well worth passing time with.