Log in with Facebook
or
Wrong email address or username
Sign up
Already on BookLikes? Log in!
Incorrect verification code
Please, check your email, the code to access your BookLikes blog was sent to you already.
Enter code:
« Back Send
back to top
Search tags: blind Bad Blind Date is rough around the edges, but soft around the heart. Faber proves to be an ace when it comes to stirring up emotions. I can't say that I always liked either character. However, in the grand scheme of things, it was easy to understand where each was coming from. Trixie and Jet are victims of their own heartache. Circumstance put them at odds. Will understanding present them with a future?

Ship Customer Direct offers the best services to Hide your Factory details in shipping goods to your customers. We are the leader in blind shipping services from China to the rest of the world. We offer matchless services at the lowest prices. Visit our website (Ship Customer Direct) to avail of our services. 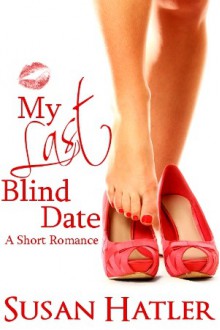 Manufacturer of ASTM A105 Forged Fittings in Mumbai, India

When it comes to carbon steel forged fittings, Skyland Metal & Alloy Inc. is the right answer for you. These carbon steel A105 Fittings are typically meant for use in pressure systems at ambient as well as high temperature service applications. Given his own socially unconventional attitudes (he had a well-documented disdain for the institution of marriage), I think it's unlikely that the plot of this novel - ostensibly a cautionary tale about choosing the rascal over the upright man for a husband - was anything more than a convenient trope for the aging and ailing Collins. Whether that was also the case for the fellow-novelist, Walter Besant, who finished the novel from Collins' notes after the latter's 1889 death, I do not know.

My principal problem with this novel is not the young lady, Iris, who gives her heart away to the roguish Sir Harry, despite the constant supporting presence of the much more suitable (and very much enamoured) Hugh Mountjoy. My problem is that, as a rogue, Sir Harry's a vacillating weakling. Of course, in order to make him defensible as a love object for his heroine, Collins had to put him far more to the centre of the moral sliding scale than either the scheming murderer Dr. Vimpany or the rather faceless and nameless Irish rebels who go around assassinating (a) English landowners in Ireland and (b) people they conceive to have betrayed and insulted their cause. Sir Harry moves from ideological to financial crime with barely a hitch, but is unable to carry through with any particular villainy, even his own proposed fraud on a life insurance company after he goes to all the trouble of faking his own death. And one of the best moments in the novel, because it's not at all conventional, is that where Collins shows Sir Harry sitting vacillating in the presence of a medical murder, neither assisting nor interfering, and making it quite clear in the process that while that murder was always a likelihood, it had not been openly discussed with his confederate.

The break between Collins' writing and the part written by Besant is at the end of Chapter 48 (so noted in my copy), and is very noticeable. Besant doesn't seem to have made any effort to mimic Collins' fairly declarative style, and instead one immediately notices the much more broken sentences and heavy use of dashes. However, there is no floundering in moving the plot to its preordained conclusion; I just wish Besant had made a little more of the dramatic death of Doctor Vimpany in the flooding Solway Firth, a climax of the action that I vaguely feel must have been done before in 19th-century literature, possibly by Sir Walter Scott, as it was bringing up memories of a similar scene.

This is Collins at the very tail-end of his powers, and the story is incompletely realized, but I still found some interest in the proceedings. I also quite liked the three main women characters: Iris, Fanny (a fallen woman rescued by Iris, who thereafter became somewhat manically devoted to her), and Mrs. Vimpany, who was also reformed by Iris, though rather suddenly. The women, interestingly enough, are all capable of more character development than the men.

This novel came up fairly early in my reading of Collins because the title starts with the letter "B" and my collection is alphabetical. If you are reading Collins according to a more sensible plan (merit of the novels, or even chronology), you can safely leave this one to the end, but there's no need to omit it.