Log in with Facebook
or
Wrong email address or username
Sign up
Already on BookLikes? Log in!
Incorrect verification code
Please, check your email, the code to access your BookLikes blog was sent to you already.
Enter code:
« Back Send
back to top
Search tags: bookshelf

Fancy Apple offers e-scooter rental services in NYC. We offer 2 models of electric scooters: Levy Plus and Segway Ninebot Max (the bigger one). Renting an e-scooter is a great deal for big cities because the maximum speed can be up to 15mph only for $18/36 per hour. Disclaimer: ARC via Netgalley in exchange for a fair review.

(Halloween Bingo note - I mean Bowie, costume, c'mon, if he doesn't fit no one does).

If one knew anything about David Bowie, other than his music and Iman, one knew that he loved to read.  There was a list of 100 books that influenced Bowie that was released before his death in conjunction with a show of his costumes at the AGO (Art Gallery of Ontario).  After his death, his son, Duncan Jones, founded the David Bowie Book Club, a podcast series that is working its way though the list.  O’Connell’s book provides a brief overview of each work on the list, but, perhaps more importantly, the influence it might have had on Bowie as well as pairing the book with one or more of his songs as well as further reading.

One question this book raises is if the complete 100 book list is easy enough to find online, why read this book?  Part of it is because of the essays that accompanies each work.  The essay not only serves as an introduction to the various books but also details about when Bowie most likely read the book for the first time, biographical information about the author and Bowie, and details about what songs refer to the book.  There are also references to Iggy Pop.

Some of the books on this list were introduced to Bowie by his half brother Terry.  This includes the influence of the Beats as well as writers that he felt an affinity for – such as Fitzgerald and Carter.  It also includes writers who wrote about him such as Camille Paglia or authors that he met or wanted to meet.

Some writers, like Carter and Fitzgerald are not a surprise, but Bowie also read heavily into history – not only Howard Zinn but also a door stopper about the Russian Revolution.  There are some writers or books that are somewhat surprising - such as The Leopard or Day of the Locust (tbh, I’m surprised that anyone likes Day of the Locust).   Beano and Homer even make the list, and there is a good number of Harlem Renaissance Works on it and less famous works as well.  I want to read A Grave for a Dolphin now, and I had never heard of it before.  There are stories about recommendations that he made to friends and backing musicians, such as the Street by Ann Petry.

O’Connell’s writing is engaging, and the book is an easy one to dip in and out of.  The hardest part is dealing with the grief of Bowie’s death.  (OH, and not wanting to strangle O’Connell when he writes that Bowie read the most of any person on Earth type hyperbole because I know some people he should meet. Oh my, I'm really caught up in this series.  (Still not viewing the tv adaptation.)

"Ganymede didn’t erode or weather. It changed when rocks fell on it from space, or when warm water from the liquid core forced itself onto the surface and created short-lived lakes. Neither thing happened all that often. 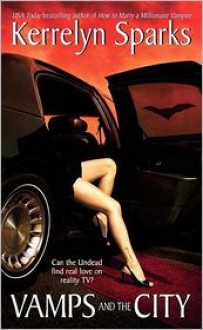 I actually don't have much to say about this one other than it was a fun, romp of a read. I liked the first book of this series better, possibly because less breezy.

I rooted for all the good guy characters. And it was good to see the harem from the first book get a good resolution in this one.  The bachelor style reality tv show, I think, was more interesting as an idea than in the actual execution of the concept.

The ending seemed kind of forced. As fun as the book was, everything was pretty predictable and in some instances too lighthearted or humorous. In other instances, the humor was spot on for me.

If I dwell on the ending too long, I'll start taking stars off my rating because was very much just too glib, almost deus ex machina

"Time to stop pretending she was merely a human with an eating disorder who kept odd hours."