Log in with Facebook
or
Wrong email address or username
Sign up
Already on BookLikes? Log in!
Incorrect verification code
Please, check your email, the code to access your BookLikes blog was sent to you already.
Enter code:
« Back Send
back to top
Search tags: euro-history-culture 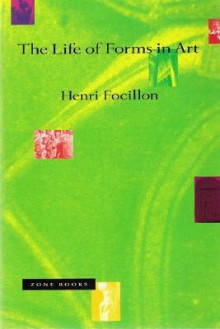 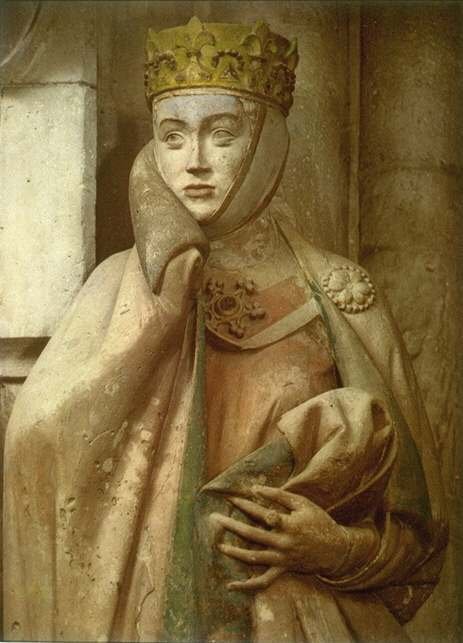 Early Gothic figure from the cathedral at Naumburg

Henri Focillon (1881-1943) was an art historian of great repute and professor at the Sorbonne and later at the Collège de France. He died in the USA while teaching at Yale and working for the cause of Free France, then under the Nazi heel. Of his many books I was first attracted to his Vie des formes (1934),(*) which is a summary of his theory of art. A formalist, he is rather (poetically) abstract in this short text, since he is concerned primarily with the evolution of the morphology of art,(**) but I would like to summarize the aspects of the book that drew me to it in the first place.

In Vie des formes Focillon presents a typology of the evolution of style in art, wherein he proposes that every art form progresses through four stages(***) which he calls Experimental, Classical, Refined and Baroque. In the Experimental stage (which he also refers to as Archaic) a nascent style is casting about for its (often tacit) principles in order to define itself and is therefore experimenting with not always happy results. In the Classical stage the style has decided upon its principles and is, in a stable and secure manner, working out their consequences in concrete works. It is not yet manifesting conformism or academicism. In the stage of Refinement the style develops in the direction of increased elegance and often lands in a state of dry purity. In the Baroque stage, which Focillon asserts is "without doubt the most liberated", the principles of the style are taken to extremes that become their own ends and exhaust all the creative impulse of the style. Then one must recommence from a new beginning, a new stage of Experiment. 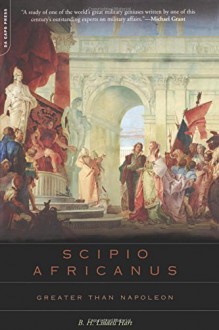 Publius Cornelius Scipio, better known to history as Scipio Africanus (the Elder), was very likely the greatest general the Roman Empire ever had, entering the written record at the age of seventeen when he led a cavalry charge that saved his father's life (the commander of the Roman forces) at the battle of Ticinus, the initial encounter of Hannibal's forces with the Roman army on Italian soil. The Romans lost that battle and almost all of the subsequent battles until Scipio was elected commander of the Roman forces in Spain at the age of twenty-four. Scipio Africanus: Greater Than Napoleon (1926) is an account of Scipio's life with an interesting twist.

Basil Henry Liddell Hart (1895–1970) was a soldier and military theorist and historian who in the 1920's and 30's urged upon the British military establishment a reliance on the air force and navy that relegated to the army a secondary role in which the armored branch was pivotal. In ground actions he argued against direct attacks on well-made defensive positions, preferring what he called the Indirect Approach.

What gives Liddell Hart's Scipio Africanus additional interest above and beyond his careful use and extensive quotation of the Roman sources(*) is that he uses Scipio's strategies and tactics to illustrate his idea of the Indirect Approach, which may be suggested briefly with "Those who exalt the main armed forces of the enemy as the primary objective are apt to lose sight of the fact that the destruction of these is only a means to the end, which is the subjugation of the hostile will." He does not do so overbearingly, for the text is certainly focused on Scipio's career, but again and again he points up what he views as lessons for (then) modern warfare.(**) 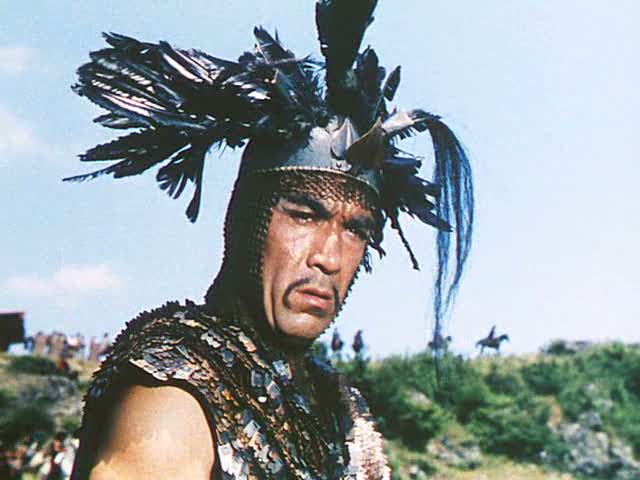 Anthony Quinn as Attila wearing surely the most absurd helmet in the history of cheapo film productions.

The nation of the Huns, scarcely known to ancient documents, dwelt beyond the Maeotic marshes beside the frozen ocean, and surpassed every extreme of ferocity.

Attila the Hun! Is there any name more evocative of barbarian hordes looting, burning and murdering their way through civilization except possibly Genghis Khan's?

In the final, thirty-first book of Ammianus Marcellinus' magnificent history of the late Roman Empire is to be found the earliest extant source on the customs of the Turkic nomads called the Huns. Since the Huns were little more than bogey men to me, I thought it was time to see what one knows about them. It often seems to me as if History was like a child's box of letters, with which we can spell any word we please. We have only to pick out such letters as we want, arrange them as we like, and say nothing about those which do not suit our purpose.
― James Anthony Froude

In the end the suspicion grows that all significant patterns ascribed to the past, in small matters as in large, are myths.

Heritage and Challenge: The History and Theory of History (1989), a revised and updated version of a book first published in 1971, consists of an overview of the history of Western historiography written by Roland N. Stromberg and then a taste of the theory of historiography written by Paul K. Conkin. Though at first glance such topics may seem to be a bit too self-referential, in my view such meta-historical considerations are just as important to readers of history as they should be to historians. The writing of history is so time and place dependent that some modern historians deny even the possibility of objective historiography. Stromberg briefly indicates how this temporal and spatial dependence actually manifested itself, and, in principle, Conkin equally briefly examines the conceptual and philosophical problems that arise in the very project of writing history. Stromberg provides what can only be regarded as an introduction to his topic; Conkin did not manage to do that for his.

At a little more than 100 pages Stromberg's contribution is a necessarily incomplete survey of the history of the writing of history since Herodotus in which the only non-Western historian mentioned is Ibn Khaldun. The extensive and culturally central tradition of history in China is dismissed in a sentence or two in a manner that sent my hackles rising. Stromberg's position apparently is that "history" is history as process, as evolution, and that this type of history did not arise until the end of the 18th century in Europe. Nonetheless, he starts with Herodotus and not with the 18th century. So why, again, is non-Western historiography excluded? 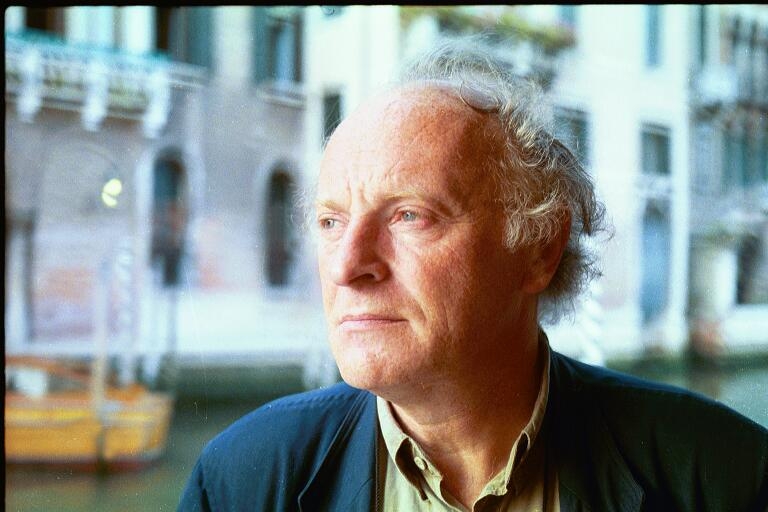 Man is what he reads, and poets even more so.

Joseph Brodsky, born Iosif Aleksandrovich Brodsky (1940-1996), was, as the name suggests, a Russian of Jewish descent, who emigrated to the USA in 1972. It is never a trivial matter to leave one's own country behind, but for a poet emigration to another language must be particularly wrenching. Nonetheless, Brodsky acclimated himself to the language of his new home well enough that he also became an accomplished poet in English, serving as the Poet Laureate of the United States in 1991 and 1992. But the topic of my discussion today is not Brodsky's poetry, rather it is his collection of essays, Less Than One (1986).

Less Than One collects eighteen pieces of various origin and of necessarily varying interest, including an extended obituary of Nadezhda Mandelstam, a lecture from a literature course and a commencement address at Williams College. But most are genuine, very perceptive essays focused on poets and poetry. That fact will surely constrain the prospective audience in our benighted times, but for me it was a sweet lure taking me happily from one essay to the next.