Log in with Facebook
or
Wrong email address or username
Sign up
Already on BookLikes? Log in!
Incorrect verification code
Please, check your email, the code to access your BookLikes blog was sent to you already.
Enter code:
« Back Send
back to top
Search tags: forensic-sciences

5
review 2017-12-31 18:51
A great book about a fascinating historical period and one of the forefathers of forensic science. 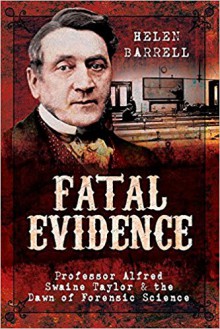 Thanks to Pen & Sword, particularly to Alex, for offering me a copy of this book that I freely chose to review.

As a doctor, a writer, and an avid reader of crime fiction (and spectator of crime films and TV series) when  I read the description of this book I knew I had to keep on reading. Although my studies in Criminology included a basic history of the discipline, this book offers a very detailed look into one of the main figures in the early times of forensic science, Professor Alfred Swaine Taylor. The author, Helen Barrell, uses her expertise in history and genealogy to research his biography and investigate the legacy of this fascinating man. As she states:

This is both Taylor’s biography and the story of forensic science’s development in nineteenth-century England; the two are entwined. There are stomachs in jars, a skeleton in a carpet bag, doctors gone bad, bloodstains on floorboards, and an explosion that nearly destroyed two towns. This is the true tale of Alfred Swaine Taylor and his fatal evidence.

I found the book riveting. Not only the biographical details (and, as a doctor, I was intrigued by his studies, and by how complicated it was to study Medicine at the time. In fact, becoming a surgeon and becoming a medical doctor involved a very different process in the early XIX century, and although now the degree combines both, their origins were completely separate), but, especially, the in-depth study of his close involvement with forensic science, his passion for the subject, and his total dedication to ensure that forensic evidence was rigorous and given the importance it deserved in criminal trials. He produced books on the subject that were updated and continued to be published well into the XX Century and his expertise as a chemist, photographer, and defender of public health made him a well-known and respected figure. On the other hand, he was not the easiest of men, he did not tolerate fools gladly, he was a staunch supporter of unpopular measures (banning certain products containing arsenic, for instance, or introducing a register of the purchase of poisons), and he held grudges that found their way into his writing, and perhaps made him not receive the recognition others did (he was never knighted, while some of his peers were).

The book follows Taylor’s life in chronological order, and although it delves more into his professional life (the cases he gave evidence in, other cases of the period he advised on, his teaching, his books), it also talks about his wife, and how she was fundamental to his books, as she helped him organize and compile the cases, about the children they lost, his friendships and collaborations… We get a good sense of the person behind the scientist, but it is clear that he was a man dedicated to his work, and it is not so easy to differentiate the public from the personal figure.

The book is written in an engaging way, it flows well, and the author provides enough detail about the cases to get us interested, making us experience the tension and the controversies of the trials, without becoming bogged down in technicalities. And, despite her historical rigour, the author’s observations showed subtle hints of humour on occasions.

The chronology and all the cases he worked on help give us a very good idea of what crime was like in the period. Having recently read some other historical books (many published by Pen & Sword as well) about the era, it manages to create a great sense of how easy it was to buy poison, how difficult it was to detect crime (even confirming if a red stain was blood was very complicated), and how dangerous everyday life could be (wallpaper contained colours filled with arsenic). Some of the cases are still remembered to this day, but Helen Barrell offers us a new perspective on them. This book would be a great addition to the library of anybody interested in the history of the period, especially the history of crime detecting and poisons, and also to that of writers of crime novels who want to know more about forensic science and its origins.

The last chapter includes a summary of some of the ways Taylor influenced crime writers, including Conan Doyle and Dorothy L. Sayers (who either created characters based on him or used his books as reference). I am sure many writers will feel inspired anew by this book, especially those who write historical crime fiction. There is also a detailed bibliography and notes that would help anybody interested in finding more information about any of the cases.

As the author writes in her conclusion:

Alfred Swayne Taylor is one of the ancestors of modern forensic science: he is part of its very DNA.

A great book, of interest to anybody fascinated by crime detecting and its history, to readers of the history of the period, and to writers (and readers) who love crime historical fiction. A fascinating historical figure and a well-researched and engaging book that gives him some the credit he deserves. 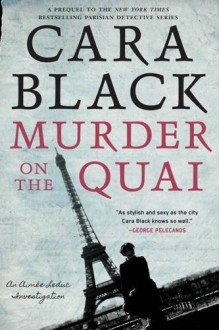 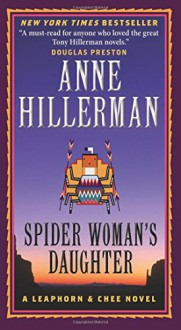 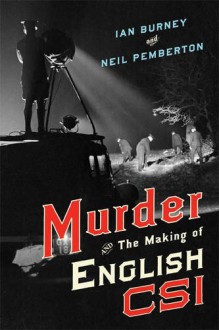 I majored in forensic anthropology, so I think I can confidently say that life is too short to finish reading this book. There really is no excuse for making such an interesting subject so very dull. After 93 pages, I think I've given this book more than a fair shake -- and I quit.

The book starts out with a rather dry treatment of Gross and Locard's early works on forensic investigation. Okay, I get it. You're looking at the founding fathers of forensics, in a time when we didn't have the same tools we do now. I'm okay with that. And then we move on to Sir Bernard Spilsbury's investigation of a rather notorious murder ... and I had hope, really, I did, that we would see how Gross and Locard applied to the case.

Alas, instead we saw Spilsbury's self-aggrandizing perspective of himself as a modern-day Sherlock Holmes, bolstered by the media giving him what amounts to matinee idol status by talking about how handsome he was compared to ordinarily policemen, etc. And even *that* managed to be somnolent.

I just couldn't take it anymore, and I abandoned the book. I regret nothing. 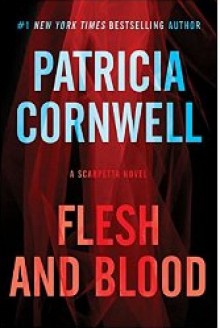 At the risk of dating myself, I need to reveal that I have been reading the Kay Scarpetta novels ever since the first one came out. That's been quite a while now.

And this one? Was something of a disappointment. Not only were there punctuation errors throughout (which is not the author's fault, but that of her editor), I actually think that Patricia Cornwell has started to dislike one of her characters.

And if that's not the case, well, she's doing a bang-up job of making it look like she's sorry she ever created Kay's niece, Lucy ... because this book has another party framing Lucy to make it look like she's the one committing a series of crimes.

This time out, it's a series of related shootings and drownings that have to do with previous cases on which Scarpetta has been the medical examiner -- shootings that look like the only person around who could possibly commit them is Lucy, due to various circumstances.

As the story unfolded, I found myself getting mad at the author and thinking "what a cheap cheat this all is."