Log in with Facebook
or
Wrong email address or username
Sign up
Already on BookLikes? Log in!
Incorrect verification code
Please, check your email, the code to access your BookLikes blog was sent to you already.
Enter code:
« Back Send
back to top
Search tags: graveyard-queen My name is Amelia Gray.  I'm the Graveyard Queen.

Restoring lost and abandoned cemeteries is my profession, but I'm starting to believe that my true calling is deciphering the riddles of the dead.  Legend has it that Kroll Cemetery is a puzzle no one has ever been able to solve.  For over half a century, the answer has remained hidden within the strange headstone inscriptions and intricate engravings.  Because uncovering the mystery of that tiny, remote graveyard may come at a terrible price.

Years after their mass death, Ezra Kroll's disciples lie unquiet, their tormented souls trapped within the walls of Kroll Cemetery, waiting to be released by someone strong and clever enough to solve the puzzle.  For whatever reason, I'm being summoned to that graveyard by both the living and the dead.  Every lead I follow, every clue I unravel brings me closer to an unlikely killer and to a destiny that will threaten my sanity, and a future with my love, John Devlin.

If I wanted to be honest, it was truly the writing and the mystery of Kroll Cemetary that drew me into this book.  Amelia's destiny and her hauntings as well as Devlin's mysterious secrets were really second string.

While I've liked Amelia in the past, I'm not entirely sure that I'm feeling a whole lot of character development in her, despite the new twists that her character is taking on in this book.  At the same time, I'm still not really all that enamored of John Devlin either.

The romance between them is even harder for me to relate with, if only because Amelia's obsession with Devlin, as well as their mutual attraction to each other seems to be the only thing linking them together.  They don't talk to each other, they keep secrets, they don't even trust each other.  Their relationship has always felt one-sided.

I enjoyed the moments that Amelia spent at Kroll cemetary with Dr. Shaw, or even discovering little clues left her by the blind ghost who looks like her.  In contrast, I didn't care much for the scenes whenever Devlin was around with her, save for a few moments when they seemed to be able to talk freely with each other.  I feel like the two of them could make a great team if they would just stop keeping secrets or learn to listen to each other.

But the writing is beautiful as usual, and the series' overall conflict continues to be intriguing, and you get drawn into Amelia's world readily.  Just for the writing style and the atmosphere of the book alone, I gave a higher rating. 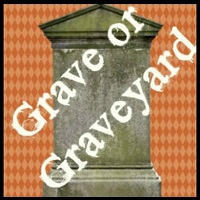 Another disappointing read. Better then books 3, but not on par with the first 2.
Picks up after the events of books 3. Devlin has no memory of the previous events and still (yes, still) thinks anything dealing with the supernatural is bullshit. He also has secrets and things he doesn't share with Amelia. Granted, there are things she doesn't share with him, but I felt it was for good reason (based in his dislike/disbelief in the supernatural). Frankly, I hate this paring and wish Devlin would just go. (And at the end, maybe I get my wish?)
I got tired of reading about Amelia breaking her father's rules. (Get over it already!). I did think this book showed (about a fashion) Amelia starting (baby steps) to accept her gift and learn/adapt it. I did like the Kroll cemetery mystery and this was solved (satisfactorily). This does end in a bit of a cliff hanger in terms of Amelia and Devlin.
I am on the fence about continuing. I strongly dislike Devlin and if he continues to be the love interest, I'm out. I feel there is nothing he can do to make me forgive him and like him. Amelia deserves better.

This is the fourth book in the series so you will want to read the first three (The Restorer, The Kingdom and The Prophet) in order to understand Amelia her powers and rules as well as how her relationship with Devlin developed. Plus The Restorer is a great read and interesting story and I highly recommend it.

Amelia Gray is known as The Graveyard Queen for a reason; she is a professional graveyard restorer, restoring lost and abandoned cemeteries and cemeteries is where she feels most at home. When legend of the Krill cemetery enters into Amelia's life she knows that she needs to solve the endless amount of puzzles that it holds as it is unlike any cemetery she has ever been in before. However, unravelling the secrets that this cemetery holds will come at a terrible price and hit closer to home than Amelia ever thought possible.

I will be the first to admit that it has been many years since I have read the first three books in this series but other than a few relationship events with Devlin, that I could not quite remember, I did not find that I was lost in the content of the story as Stevens did a good job of reintroducing information and Amelia, her ability, the rules and the ghosts without feeling that she was rehashing the previous three books.

I have not read a ghost based story in some time and I was re-enthralled with this series, I really enjoyed this book. It had twists, turns, ghost, suspense and mystery all thrown into it and fit did not need a recent body count to achieve this (though not for lack of trying at times this book is more centered on the mass sucided that ocurred decades ago. With this there were some fairly dark elements that are slightly glazed over at times, that you may blink and miss them, but I appreciated that they were there. I think that Stevens did an amazing job with showing that it is not just the ghosts and demons that cause all the pain and suffering but there is a human element to it all as well. I also was not able to figure everything it with all the twists and red herrings that Stevens has throughout the plot so when I am unable to figure everything out I always enjoy the book more.

The previous two books have hinted that Amelia has more power that she knows, but this book really sets that in to motion. Amelia finally feels ready to accept these gifts and additional powers even if it means giving up the rules that she has lived with her whole life. I cannot wait to see what additional "powers" that Amelia has. Devlin and Amelia's relationship struggles quite a bit in this one and I will say that this is something that all readers of this series knew was going to happen eventually as they has such different points of view. I'm glad that Stevens decided to address it sooner rather than later in the series.

Although it has been a few years I really am looking forward to continuing on with the next book in this series to see where Stevens takes it. Stevens has re-hooked me into this series. "Holy ghostly shutters ! That was one opening scene. I gotta admit, I'm a wee bit disappointed in this one. The mystery was great. But Amelia was so... not in control this time. I felt like it was all a big game of keep away. I was bummed to find out who the betrayer was. With everything in Amelia's personal life going to shit, I thought that the stuff about Devlin was extra shitty frosting on a shit cake. This poor woman just can't catch a break.

Juat bad stuff happening to her on top of more bad stuff. At least when she was with Devlin there was a bright spot in her life, but now she doesn't even have that.

I admit there was a moment at the end that gives the reader a teensy spark of hope, but I'm not buying it. I'm certain the author will wreck that, too.

Obviously I will snatch up the next book like it's the last life vest on a sinking ship. But dear god, please let something good happen to Amelia! Her life is depressing as hell. I mean, not even her dog likes her. She deserves a bit of joy.
More posts
Your Dashboard view:
All Reviews Text Photo Quote Video URL Activities
Liked posts Top Tags
Press About Terms of Services Privacy Policy Contact Us Blog FAQ Patronaty medialne BookLikes for Authors Partners panel more...
Team Themes Docs API Blogs
Copyright © 2021 BookLikes