Log in with Facebook
or
Wrong email address or username
Sign up
Already on BookLikes? Log in!
Incorrect verification code
Please, check your email, the code to access your BookLikes blog was sent to you already.
Enter code:
« Back Send
back to top
Search tags: greg-gordon 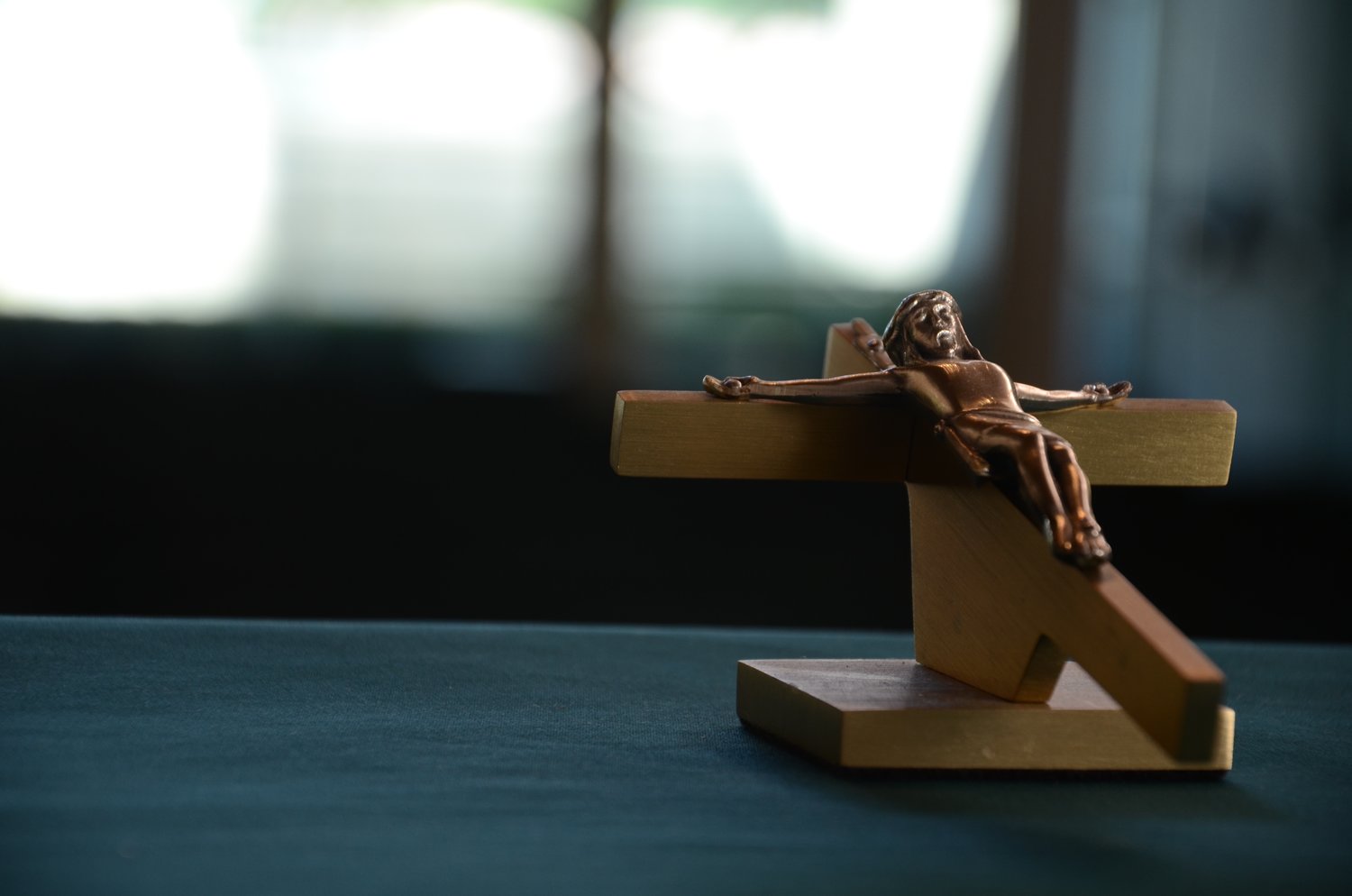 As days go by in our life here on earth so many times our focus gets fixed on something transient and passing. Daily cares of life, all the needs and desires of others in our lives, even our own ambitions, and goals sometimes cloud the vision for what really matters. Remember when you started to know the Lord, the day you bowed your knee and spoke with your Lord who redeemed you? Remember the awe in your heart for Him who died for you? How sitting at his feet for hours was easy? We all can drift from this intimate focus on the Lord, where our hearts desire was for Him to just hear us and answer. Where we had a poor and needy attitude of being poor in spirit (Matthew 5:3). If you have drifted from this goal, you can still put your main aim to know Jesus more intimately, He is waiting for you.

There is a wonderful contemporary song that captures some of the heart of being a friend with Jesus but still having great fear and awe in what He did for us, here are some of the lyrics:

Today, set your heart back to the place where you first found Him. Not in just Bible reading, or in ministry endeavours or other Christian things, but in that place where you sat at the feet of Jesus (Luke 10:39) for Him alone. One day we will bow at His feet in heaven in adoration. Let us also now be found at His feet in intimate worship and relationship.

Lord, I bow today before Your feet, I look to Your face and just long to hear words from Your mouth. Forgive me for being so distracted with other things. Precious Lord let me know You more intimately day after day until I see you soon. Amen.

Now the Berean Jews were of more noble character than those in Thessalonica, for they received the message with great eagerness and examined the Scriptures every day to see if what Paul said was true. – Acts 17:11

In modern evangelical circles the Bereans are esteemed as model believers that all should follow, and yes there are great attributes to them but also there are implications taken from them that are untrue. Firstly they were jews, meaning they were religious jews but not believing Christians. Yet Paul the Apostle states they had “noble character” meaning they had a sense of them that they were deep thinkers before coming to quick conclusions on a matter. They were willing to give others the benefit of the doubt. Secondly, we see that they gladly received the message, meaning they were teachable, willing to learn and adjust their own beliefs. They were not so dogmatic to think that they were perfect or not needing correction or perfecting of their thinking of the Scriptures. When they heard reasonable words shared from the truth of Scriptures they eagerly sought these out to see if they really were Scriptural and true. They were not defensive but rather looking to learn and grow in their relationship and walk with God. They were also diligent in that every day they looked to see if the things Paul was sharing was true. They did not just give up or judge Paul but were willing to listen to the other side of the story and not come to quick conclusions. What a wonderful picture of a people who in the end mostly “embraced” the gospel message, they certainly were “noble” and the Lord honoured that.

The Bereans did not spend hours looking for gaps and mistakes in Paul’s and Silas’s teachings but looked to see what was true of what they were saying. Modern believers who esteem Bereans think of these things in a different way. They look to diligently check things with the Bible so they can accuse and criticize another person or ministry. Most people are usually have their mind made up someone is wrong and therefore go ahead and simply look for ways to attack another’s character, calling and ministry. Such ministries are known as discernment ministries or even heresy hunters. Most of those who follow the ways of these “type” of Bereans are joyless, critical in spirit, bitter or even angry. Many believe they can take down the ministry they are accusing and feel they are doing God’s work just like the early Bereans. If you desire to have life and peace, stay with the Word of God and stay away from those who make it their life’s work to criticize and accuse others. Follow the example of the true Bereans who were happy and joyfully to rejoice in truth when it was shared and be willing to grow in our understanding of the Lord.

I knew that you are a gracious and compassionate God, slow to anger and abounding in love, a God who relents from sending calamity. – Jonah 4:2

We all know the story of the prophet who was swallowed by the fish. Children are amused and enough the thought of it! Yet as adults when we take time to read through the details we realize a much more serious and importance message is being given to us. Jonah was a holy prophet and admired by the people of Israel. He heard the voice of God many times and obeyed in sharing the truth with the people of God. But when the voice of the Lord told him to go to a very wicked people who worshipped the fish god, Jonah said no. He went the opposite direction in a boat but the Lord had a way of getting his attention and encouraging him to obey and speak repentance to those people. Jonah had seen time and time again God show mercy to Israel when they did not deserve it and it turned his stomach to think he would show mercy to the very wicked people of Nineveh. Even after preaching and seeing the peoples repentance Jonah still felt that God should judge them in some way (Jonah 4:1).

We all can be like Jonah at times, especially if we are the people who have been hurt by others. The people of Nineveh enslaved and caused great harm to Israel before so the thought of forgiving them and even God showing mercy to have them become believers was too much for Israel or their prophet Jonah to accept. Have we been hurt by others in the world who we have not forgiven? Maybe we have forgiven them but do we want them to be saved? St. Benedict of Nursia says, “To hate no one. Not to be jealous or envious. To hate strife. To evidence no arrogance. Never despair of God’s mercy.” God’s heart is full of grace, meaning he wants to extend his love and mercy to those who do not deserve it especially. God is compassionate and very slow to anger against those that we feel deserve it. We are never called to hate anyone, desire evil for anyone, if we share the true Spirit of Christ we will seek for mercy and love for all of humanity. This also extends to the body of Christ that we would seek the good of all those who call upon the Name of the Lord.

Over 3 years ago, God started to speak to me deeply on the great sin of division, slander, and gossip in the body of Christ. God started to have me in situations where great hurt was being done and I saw first hand the way the enemy used these tactics to destroy and hurt the testimony of Jesus Christ in others lives. One of many devotional articles I wrote during that time was called: God's Church Is Sacred In This Earth. The premise of the devotion was a warning that when we speak against the body of Christ we speak against God's Sacred Church of whom we are all a part.

Recently, God spoke to Francis Chan on that exact same verse (1 Corinthians 3:17) to give us a loving warning to the body of Christ against division.

Here is a recent statement Francis made in regards to people who divide and leave Church fellowship:

"There is this terrifying verse in 1 Timothy where Paul talked about two men who rejected the faith. Paul said that he had handed them over to Satan, by which he meant that he’d put them outside of the church (1:20). Basically, these men were actively opposing the works of God, so rather than pretending everything was fine, Paul removed them from the safety and blessings of the fellowship of believers. He was hoping that the misery of being separated from the church would lead them to repent. Are you catching the weight of this? Paul equated removal from the church with being handed over to Satan! It is crazy to me that we live in a time when people are voluntarily doing this to themselves! No church has placed them outside of the fellowship; instead, they’ve handed themselves over to Satan!"

What a sobering thought that those in our day in North America being critical of so much that is called Christian are doing to themselves what Paul the Apostle had to recommend Timothy to do to others as a last resort to have them repent of their pride and sins.

We are living in a day where we are judging others and not ourselves. We are finding it easy to be critical of everything but our own sins we ourselves struggle with.

Francis again shares on how God wants to send real unity to the body of Christ:

"Real love, unity and blessing were supposed to be found in the church. Many are having a hard time finding that, so they’re setting off on their own. Jesus said that the world would see the supernatural unity and love we share in the church and believe in Him through that. But we’re not experiencing it. We’ve given up on it. We no longer believe it is possible."

Perhaps we can start to change our minds and start looking towards others with seeing their good and not bad, speaking blessings over others and not curses. Remember we are fitted together in a temple of God with all saints of all ages. And Francis gives the example of someone taking a sledgehammer to this temple. What a fearful thing to do, of course we would depart from such an individual for fear of what God Himself would do to him. As the Scripture says, "Warn a divisive person once, and then warn them a second time. After that, have nothing to do with them" (Titus 3:10).

You can watch the full video message by Francis Chan, "Are You Destroying The Church" where he gives this loving warning against division in the Church: https://www.youtube.com/watch?v=KJph3Z6cfxM