Log in with Facebook
or
Wrong email address or username
Sign up
Already on BookLikes? Log in!
Incorrect verification code
Please, check your email, the code to access your BookLikes blog was sent to you already.
Enter code:
« Back Send
back to top
Search tags: hell-yeah 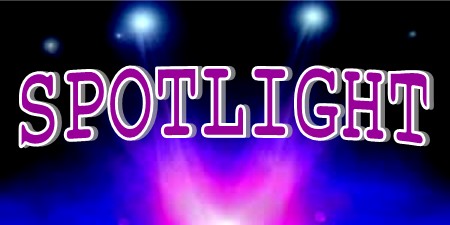 Lily Bastien comes to mysterious St. Phillips Island for a last fling with life. She knows her future is uncertain and love is not in her stars. Here, in a cottage haunted by lost love, she will discover a secret that will rock her world. A ghost from the past is not the only unexpected visitor to her private sanctuary. Imagine her surprise when she finds Sexiest Man Alive, Blade Jensen, naked in her bedroom. They clash, at first, but soon they can’t fight the attraction they feel for one another. Sparks begin to fly and the passion they share changes everything. Lily can only dream of forever, but Blade is determined to make her dreams come true. To protect the man she loves, she tries to hide the painful truth from him. But fate finds a way and Blade and Lily learn that sometimes a love is so great, one lifetime together could never be enough Lily’s Mirage is the 29th book in the Hell Yeah! series.

Lily’s Mirage is available in ebook at:

Sable Hunter can be found at: Forget Me Never by Sable Hunter is an awesome book.  Ms Hunter has given us a well-written book.  I really enjoyed the characters in this story, they are phenomenal.  Savannah and Patrick's story has lots of drama, humor, suspense and a touch of paranormal along with some sizzling sexy bits.  I enjoyed reading Forget Me Never and look forward to my next Sable Hunter book.  Forget Me Never is book 7 of the Hell Yeah! Series - Cajun Style but can be read as a standalone.  This is a complete book, not a cliff-hanger.

Hell Yeah!: Her Hell No Cowboy by Donna Michaels is an amazing story. This is a fairly quick read, perfect for those with limited time for reading. Ms Michaels has delivered a well-written book. Her characters, as usual, are totally awesome and fit this story like a glove. Lincoln and Ashley's tale is packed with drama, humor and spice. I enjoyed every minute I spent reading Her Hell No Cowboy and look forward to reading more from Donna Michaels in the future. Hell Yeah!: Her Hell No Cowboy is book 10 of the Harland County Series and a crossover book in Sable Hunter's Hell Yeah! Kindle World but can be read as a standalone. This is a complete book, not a cliff-hanger.

Man of My Heart by Desiree Holt is a fairly short read, but don't let the size of the book fool you.  This quick read is amazing!  Ms Holt has given us a well-written book.  Her characters are lovable and perfect for this tale.  Jasmine and Caleb's story is packed with drama, suspense, action, humor and sizzle.  I loved reading Man of My Heart and look forward to reading more awesome books by Desiree Holt in the future.  Man of My Heart is book 5 of the Omega Team Series but can be read as a standalone.  This is a complete book, not a cliff-hanger. Cadillac Cowboy by Cynthia D'Alba is a fairly short read, perfect for those with limited time for reading.  This book may be a fast read, but it will keep you spellbound from cover to cover.  Ms D'Alba has delivered a well written book with lovable characters.  Shade and Vivi's story is a fun romp with plenty of humor, sass and spice.  I enjoyed this book and look forward to reading more from Cynthia D'Alba soon.  This is a complete book, not a cliff-hanger.