Log in with Facebook
or
Wrong email address or username
Sign up
Already on BookLikes? Log in!
Incorrect verification code
Please, check your email, the code to access your BookLikes blog was sent to you already.
Enter code:
« Back Send
back to top
Search tags: kindle-lendable 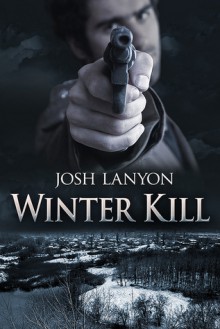 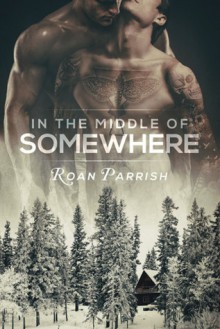 This was a bright spot in the reading slump I have going. Although it was contemporary with a certain amount of angst, it didn't get under my skin like Bear, Otter, and the Kid did. I think it was because I enjoyed spending time in Daniel's head.  Other reviewers got annoyed by him, but his voice worked for me.

I actually rather like messed up characters who make mistakes and struggle to figure things out - but only if (a) they have a good reason to be messed up; and (b) they are getting better over the course of the story, even if only in fits and starts.  Daniel is like that. He has trouble knowing how to behave in a relationship, and he makes mistakes, but he doesn't tell a bunch of lies or make the same mistake over and over.  He makes the effort and figures things out.

I very much appreciate that both Rex and Daniel are already out, because that particular internal struggle has gotten very stale for me.

I will definitely not read the follow-on story with Daniel's brother Colin.  I know I wouldn't like spending time in his brain! 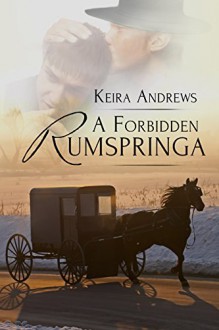 Well written and gripping, but kind of a tough read for me.  Zebulon was so repressive and unforgiving that it was unpleasant to spend time there, and I kept waiting for the horrible event of Isaac and David getting caught.

There never is the kind of "getting caught" I was waiting for, but Isaac losing his closest friend was bad enough.

David and Isaac do get out at the end, but only because they each know someone who is out in the world and willing to help them.  Everyone else is trapped - no money, no skills, no way to even get anywhere.  It is like a dystopia set in the middle of contemporary America.

I am not sure I want to read the rest of this series, because it sounds really angsty as well.  Still deciding. 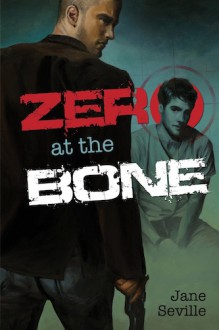 I am listening to the audiobook, and enjoying it a lot.  I was really nervous about the reader at first.  He is a little bit on the pedestrian side, and he read the opening poem like I would have read it.  But his voice for D is very good, and he is bringing out the humor in the story.

For me, listening to a book is a different experience from reading it.  Since I can't skim, any flaws in the writing are highlighted.  Any place where the pacing drags really drags, and any embarrassing bits or awkward phrasing are worse when I have to listen to every word. On the other hand, I catch new things in the story, no matter how many times I have read it before - especially humor and throwaway bits that end up being important later.

I have always seen the flaws in Zero at the Bone - it has pacing problems and awkward phrasing and embarrassing bits - and loved it anyway.  The character arcs and the way the characters grow in ways that make them work together is lovely, and the story (glossing over the slow bits) is really gripping. Jack becomes braver and tougher and D becomes more human, in a way that feel believable to me. I really root for them.

I am about a quarter of the way through, and just past one of my favorite parts.  Jack has to venture out on his own and

In order to meet this challenge, he has to push himself.  He was already very smart and hard working and caring, but also a bit passive.  His ex-wife chased and caught him and then shooed him away once she found someone to truly love, and it was all very friendly and easy.  He has slept with a few men, but I guess none of them has chased him yet, because mostly he stays home and watches TV.

This is way out of his comfort zone and he rises to the challenge beautifully. 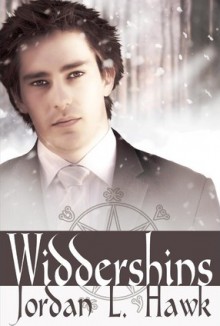 (Disclaimer: I will be beta reading a different book for this author.)

The good:  This book was a lot of fun to read.  It was exciting and suspenseful, and the bad guy was creepy and evil.

This is the beginning of a series, and it is a good setup: given that Griffin is a private detective and Whyborne has magical abilities the characters can solve paranormal mysteries as their relationship develops, so hopefully the need for artificial Big Misunderstandings will be mitigated.

The secondary characters were good, and while there were few women, the two who got significant page time were great characters who I look forward to seeing again.

I listened to the audiobook, and while I can't say the reader was a great narrator, he was great for this book.  He stumbled a bit here and there and put the emphasis on the wrong words, but he really brought Griffin and Whyborne to life.

The just OK: I appreciated Christine, but she did feel a bit over the top.  As much as she was involved with the story, she needed more nuance to feel real.

The romance was not completely convincing.  I think Whyborne's extreme lack of confidence got in the way here.  The ingredients were all there, but I more believe that they love each other than I feel it.

There was a Big Misunderstanding.  It was much better handled than usual:

The things Griffin wrote in his notes on Whyborne really were manipulative and sneaky and would lead anyone to doubt him,

but I have an allergy to Big Misunderstandings, so it bothered me a little.

The not so good: Whyborne got really boring with his lack of self esteem.  I get why he would have self doubts, and it makes sense for them to intrude sometimes, but it was nearly continuous.  Even after

Griffin reveals that he was in a madhouse and still has flashbacks, witnessed by Whyborne,

Whyborne goes on and on about how inferior he is and how someone as perfect as Griffin could never be interested in a non entity such as his humble self.  I really hope this is toned down in the rest of this series.

Overall: I like this a lot and will definitely continue with the series, probably on audiobooks, since I liked the narrator so much.