Log in with Facebook
or
Wrong email address or username
Sign up
Already on BookLikes? Log in!
Incorrect verification code
Please, check your email, the code to access your BookLikes blog was sent to you already.
Enter code:
« Back Send
back to top
Search tags: Reviews-by-Charming 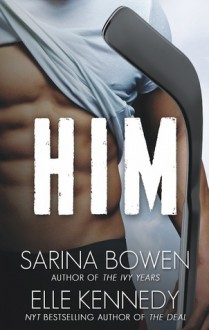 Charming and well-written, but too much angst and not enough hockey. The best part was coaching at the camp in Lake Placid. 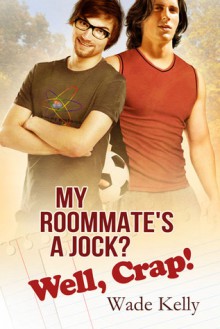 I must give the author props - the young men sounded and acted like young men, teasing and harrassing each other and not talking about anything real.  It's just that I don't really enjoy that dynamic.  I guess I want young men to act much older and more mature - my bad. :-)

This was told from several different points of view.  Some of them were really creepy, like Mike.  One of them was (I think) unintentionally creepy - Ellis's mom.  I think I hated being in her head more than Mike's, and Mike was awful.  At first Ellis's mom was just really clueless and self-involved without being able to self examine at all.  But then she got weirdly controlling and obsessed with Ellis.  She

refused to let him have his phone for days on end.  The guy is 20!  But Ellis has a tearful reunion with her later, so I think she was supposed to be a normal mom. 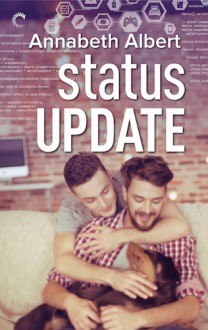 I surprised myself by liking this one rather a lot.  Contemporaries aren't my favorite and I am really tired of the whole "in the closet" trope, and so I probably would not have read this if it weren't a group read.  But I found both of the characters relatable - Noah was stuck in a rut, but he was working on himself and trying really hard to be a good person and contribute. And I totally get why Adrian pushes him to change. It isn't just for his own happiness or the relationship - it is to keep Noah from smothering himself out of misplaced sense of duty.

I also liked that they both had jobs they cared about and were good at. I pretty much saw how the job situation would work out

with Noah becoming a staff archeologist for the gaming company

from nearly the beginning of the book, but I appreciated that

Noah left on his own terms rather than being outed - I was kind of braced for a huge drama and relieved it was Noah's decision and not a deus ex machina.

The author did a good job with the families and coworkers too. They seemed like real people. 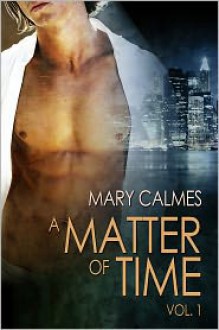 I've been meaning to read this book forever.  It's a  - I hesitate to say classic, maybe foundational work? - in the M/M genre, and people get fanatical about it.  It gets referenced all the time.

On the other hand, I've picked up over the years that it has all the Mary Calmes' flaws in spades, so I knew it would probably irritate me. And I knew it ended in a cliffhanger so you have to immediately buy Vol. II. So I kept putting off reading it.

Then I saw it was out as an audiobook. This seemed like.a painless way to absorb the book, so onward!  It was ... not great. I did listen to the whole thing, but I won't bother with Volume II.

At the beginning of the book, Jory says that he got a D in his logic class, and that only because his teacher felt sorry for him.  I'm glad that came up, because thereafter whenever he did something birdbrained I said to myself "D in Logic" and carried on.  I also decided to myself that he was an unbeknownst Veela, and that helped me make sense of the constant fawning he received from everyone. It is also how I explained to myself how Sam found Jory out and about in Chicago over and over (at least five or six times).  Drawn by Veela aura! (Dane must be a secret Veela too.  Maybe they are related!!)

But still - the repetition.  The endless new people who end up having nothing to do with the story.  The cursory treatment the thriller aspect received.  I wondered if this was once an online serial - maybe even fan fiction?  A good editor could have made this awesome, because there really is a lot of charm and humor in parts, and the thriller part could have been really good if it was interweaved with the story instead of dropped in like an anvil here and there.

I wish I had read this when I started reading M/M.  In 2010. I might have felt the magic that so many people did.  I am too picky now. 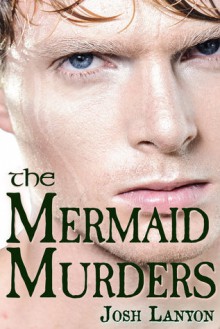 OK, no more serial killer mysteries by Josh Lanyon for me - or books where both MC's are law enforcement. Winter Kill didn't work for me at all, and now Mermaid Murders annoys me almost as much.

I think there are certain things that really bother me in a procedural type of book that I can overlook in other genres. Things like physical impossibilities - sensing when someone is looking at you, for example, or knowing a bunch of stuff you couldn't know from someone's expression or tone of voice. Procedurals are supposed to be tightly plotted and carefully constructed.

Also, the editing could use some help - people keep having the same conversations they already had, and forgetting things and re-figuring them out. I am guessing that happens when the author moves events around and then doesn't go back to make sure everything flows in the right order.

I can accept Adrian English running off to be TSTL, but it irks me when an FBI agent does it. Also Jason's boss acts like a cartoon villain. I expect him to want to kill Moose and Squirrel in a minute.

This one has really good ratings, so I'm guessing it's me and not the book.