Log in with Facebook
or
Wrong email address or username
Sign up
Already on BookLikes? Log in!
Incorrect verification code
Please, check your email, the code to access your BookLikes blog was sent to you already.
Enter code:
« Back Send
back to top
Search tags: incompetent-mc Before we start into the new BBA Whisperer blog post in our "Oh, BTW..." series let us step back for a moment and take a look at Gail Enema Briggs and M.T. Mispuke Dismuke. 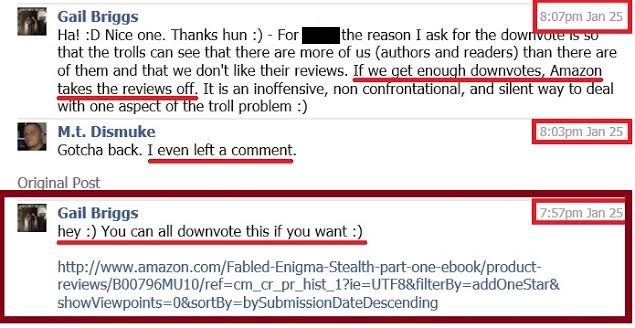 It's been nearly a month since our last post and a lot of people (mostly asshats) wondered why we were so quiet. It's not as if we might be busy living our lives. Anyway, the recent battle between Melissa Douthit/Athena Parker vs. Rick Carufel and Asshole92X excited, horrified, and terrified many. Our silence was viewed with suspicion by some (again mostly stupid butthurt babies). You wanted to know why we didn't blog about the every fart in this epic battle?