Log in with Facebook
or
Wrong email address or username
Sign up
Already on BookLikes? Log in!
Incorrect verification code
Please, check your email, the code to access your BookLikes blog was sent to you already.
Enter code:
« Back Send
back to top
Search tags: living-dead-in-dallas 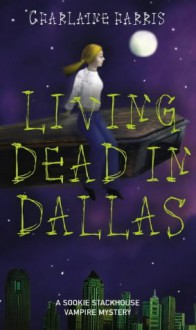 Although I recommend you read the series in order, the book can be read as a stand-alone. The author explains her universe at the beginning of the book and there are several references throughout the book that get explained for those who skipped the first book. Basically, once a Japanese group created synthetic blood, vampires all over the world “came out of the coffin” and joined mainstream society. This kind of explanation and other references happen in other books from this series too. To be honest, I found this a bit annoying. I say this from the perspective of someone who read the books in order and finds the same things explained over and over again and keep thinking ‘Yeah, I knew this already. Why do you keep telling me this in every book?! If you said it once, it’s enough!’. But I get why she did that and since it’s just a couple of sentences I didn’t find it off-putting.

Just like the first book, this is a fast-paced and action-packed mystery-adventure novel with a complicated romantic relationship that hints at a love triangle later on. The action takes place in a universe where supernatural beings live among us and often wreak havoc in the human world. The characters are generally well written in such a manner that even the bad guys have you rooting for them every now and then. I loved this book as much as I did the first one.

This second book follows the adventures of telepathic waitress Sookie Stackhouse of Bon Temps, Louisiana, as she is ”borrowed” by Dallas vampires to use her telepathic skills to help find a missing nest member. Vampire Bill accompanies her to Dallas to keep her safe which he fails to accomplish. Similar to the first book, there is a murder mystery subplot that needs solving. As expected after the first book, the action is unpredictable and rolls like a rollercoaster while the end result is exhilarating.

Sookie is a fun, relatable character. Although a bit naive at times, she’s portrayed like a strong, down to earth person despite all hell breaking loose around her. I find her very like-able with her quirks, self-deprecating humor and great appreciation of the absurd.

This time, Sookie is attacked by a maenad to sent a message to Eric Northman and wounded badly. When she is in pain while a healer is tending to the wound, Eric does his best to distract her.

“By the way, I haven’t heard an ‘I’m sorry’ from you yet.” My sense of grievance had overwhelmed my sense of self-preservation.
I am sorry that the maenad picked on you.”
I glared at him. “Not enough,” I said. I was trying hard to hang on to this conversation.
Angelic Sookie, vision of love and beauty, I am prostrate that the wicked evil maenad violated your smooth and voluptuous body, in an attempt to deliver a message to me.”
That’s more like it.”

Humor is present throughout the story, mostly in dialogue form between Sookie and Eric. One of my favorite quote from the book takes place right after Eric throws himself on top of Sookie to protect her from bullets during an attack:

“Glass shattered, vampires roared, humans screamed. The noise battered at me, just as the tidal wave of scores of brains at high gear washed over me. When it began to taper off, I looked up into Eric’s eyes. Incredibly, he was excited. He smiled at me.

Sookie: “Are you trying to make me mad so I’ll forget how scared I am?”

I wiggled, trying to get out from under him, and he said, “Oh, do that again. It felt great.”

If you like reading a compelling mix of mystery, fantasy, and complicated romance drizzled with snarky comments, then you’re in for a treat! 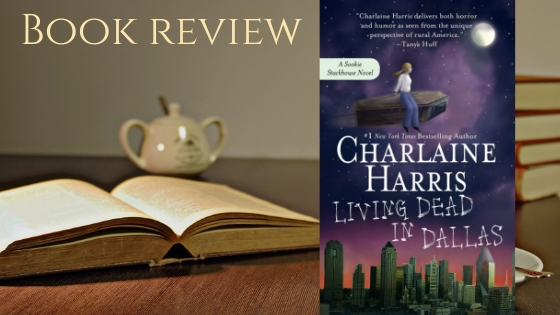 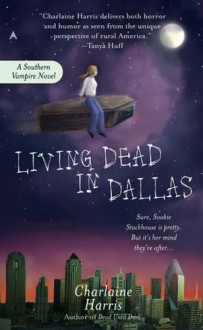 I'm so glad I decided to re-read these books now that I've finished watching True Blood. I remembered they were better than the show (although there were a few things I preferred on the show like how Lafayette didn't die in the show), but there's so much that was left out or condensed and altered for the show that I didn't really love. Like, little moments with Eric (Eric and Pam were two of my favorite characters in the books and on the show) that weren't in the show, but were really amusing in the books. Like when Sookie is going to go to the orgy party and Bill is out of town so she calls Eric and asks him to be her bodyguard. He then shows up in neon lycra and a trenchcoat. Book Eric is even more entertaining, imo, than True Blood Eric. I'm also pretty sure that Pam's opinion of Sookie is very different in the books than on the show. I'm not far enough into the re-read, and my memory is too rusty to be sure, but I want to say Pam and Sookie were actually friends, or at least quite friend-like, in the books. On the show, Pam despised Sookie. I mean, it was funny sometimes, but I preferred their relationship in the books, if I remember right.
Like Reblog Comment
show activity (+) 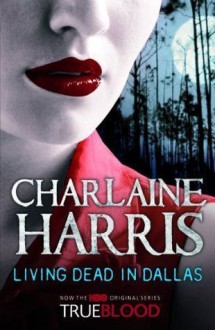 24/2 - Once again this book loses a star for its short length, other than that I totally enjoyed this book. In some parts I even enjoyed it more than the way True Blood portrayed it. For example, the orgy that Sookie and Eric go to and the way Eric was dressed (I would have really liked to have seen the actor - imagine tall, blond, Norwegian male supermodel type - dressed in pink spandex, skin-tight leggings and really laying the gayness on thick. The romance scenes are almost exactly the same in both tone and positioning in the story as in the show, which I was happy with.

I loved this book! Or books, I should say, because it really felt as if there were two completely different books in this one binding.
First, there was the story of Sookie and Bill in Dallas. I really did enjoy this portion of the story because there was more action than the other story. I was legit worried about Sookie down there with that Gabe guy. How horrible! And he called himself a Christian. It was awful. I kept waiting for Bill to come save her, but she ended up nearly saving herself which I thought was great.

Then Godfrey saved her. I remember him being Erik's maker in the show, but I guess that was their doing?
I hope there's more about the Fellowship of the Sun and I hope Sookie kicks all their asses!

Then the other story about poor LaFayette. I really enjoyed his character throughout the show series and I was surprised when he died within the first few pages.
I think taking Erik to the Sex Club, or whatever it was, was brilliant and hilarious. I wish I could actually see him all dressed up like that in spandex. Ha!
By the end of the book, even after the make-up sex (and what make-up sex it was) I still like Erik more than Bill. I've never liked him.
Like Reblog Comment

Not as good as the first one but it is well written. I started reading this series because I missed True Blood. The first book is matches the series very well. This one has many of the same plots but the emphasis is different. For example, Lafayette is a extremely minor character in this book compared to the series. I'm looking forward to reading the next book.
More posts
Your Dashboard view:
All Reviews Text Photo Quote Video URL Activities
Liked posts Top Tags
Press About Terms of Services Privacy Policy Contact Us Blog FAQ Patronaty medialne BookLikes for Authors Partners panel more...
Team Themes Docs API Blogs
Copyright © 2022 BookLikes